"This is the way the world ends. Not with a bang, but a..."
―Holden Radcliffe quoting T. S. Eliot[src]

World's End is the twenty-second and final episode of the fourth season of the television series Agents of S.H.I.E.L.D. and the eighty-eighth episode overall.

With the surprising emergence of Ghost Rider, Coulson and the team attempt to stop Aida from ending the world.

After returning from Hell, Ghost Rider retrieves his Hell Charger from a S.H.I.E.L.D. storage facility and drives it towards a building where Aida has taken the Darkhold along with Life-Model Decoys of Anton Ivanov and Sergei Mishkin. Ghost Rider quickly disposes of the LMDs and realizes that Aida has acquired a living body thanks to the Darkhold. Before he can seize either of them, however, Aida teleports away, but not before being hurt by the Hellfire Chain, a wound that Aida cannot recover from.

Aboard the Zephyr One, Phil Coulson and his team are still trying to figure out a way to fight and stop Aida, who has become incredibly dangerous since she acquired a human body. Leo Fitz and Jemma Simmons discuss Aida's powers that she obtained by assessing various Inhumans, like Lincoln Campbell, Vijay Nadeer or Gordon in the Framework, but end up arguing about what they have to do next in order to deal with Aida.

Meanwhile, Daisy Johnson keeps monitoring the vitals of Elena Rodriguez and Alphonso Mackenzie who are still trapped in the Framework. Daisy tries to help Rodriguez finding Mackenzie but soon discovers that Aida is shutting down the Framework, deleting every element in it and thus threatening Rodriguez and Mackenzie's lives. Fitz and Johnson try to figure out a way to keep them alive as long as possible. In the Framework, Rodriguez is still tied up to a torturing chair in the Triskelion. An HYDRA agent finds her and is ready to kill her, but she is saved by Holden Radcliffe, who takes her to the Playground to see Mackenzie. Mackenzie organizes the evacuation of the refugees, though he is distraught by the disappearance of many objects due to the Framework shutting down.

General Glenn Talbot calls Coulson and informs him that an International Intelligence Inquiry Committee session is planned and asks Coulson to go and explain what happened since the destruction of the Playground. Coulson refuses, claiming that it would endanger the lives of all the people present there.

Johnson finds Ghost Rider and brings him on the Zephyr One, where he explains that Aida is made of dark matter, just as the Darkhold, and that the Spirit of Vengeance inside him wants to take them both back to Hell, where they belong. Ghost Rider claims that he might be able to stop Aida once and for all. They have a chance to prove it when Aida attacks the Committee session with her LMDs, with an LMD of Johnson shooting Talbot in the head. Coulson, Melinda May, Johnson and Ghost Rider arrive shortly after. They manage to eliminate the LMDs and retrieve the Darkhold, but Aida escapes one more time.

The S.H.I.E.L.D. team and Ghost Rider return on the Zephyr One. Ghost Rider wants to take the Darkhold to Hell but Coulson asks him to postpone this idea, since they could use the Books of Sins to lure Aida into a trap. They all return to the Playground, where Aida confronts Fitz by threatening to kill Simmons if he does not comply to her demands. Fitz says he is ready to obey but Aida chooses to kill Simmons nonetheless. However, unbeknownst to her, Simmons was replaced by a LMD. The real Simmons shoots Aida multiple times while she tries to get the Darkhold from Coulson. Aida mocks them, saying that they cannot stop them. However, Coulson reveals that he has borrowed the powers of the Spirit of Vengeance and after a short fight, Aida is finally killed.

In the Framework, Rodriguez tries to convince Mackenzie to leave the alternate reality and go back to the real world with her. Unfortunately, Mackenzie is still not ready to give up on a life where he can live with his daughter Hope. Moreover, he has to deal with the fact that his daughter gets more and more afraid since more of the Framework is disappearing: people, vehicles and elements of landscape simply vanish before their eyes. Rodriguez decides to stay in the Framework with Mackenzie, waiting for their death. But when Hope finally disappears as well, Mackenzie agrees to leave the Framework with Rodriguez by using a backdoor created by Johnson. Both of them wake up in the Zephyr One. Radcliffe, still imprisoned in the Framework as he no longer has an actual body in the real world, goes to a beach and toasts to the end of the only remaining world he has left before vanishing.

Mackenzie and Rodriguez discuss their stay in the Framework, with Mackenzie saying that even if it did not last long, he had some moments to share with Hope and he is ready to have similar moments in the real world with Rodriguez beside him. In the Playground, S.H.I.E.L.D. gives the Darkhold to Ghost Rider, who takes it to Hell. After learning that the authorities are coming after them, Fitz offers to turn himself over while the rest of the team leaves in order to make amends for his mistakes. The others refuse, saying that they have forgiven him and that they must stay together.

Finally reunited for a moment of happiness, the team goes to a diner where they enjoy a simple meal when they are offered some pie. Just then, the power goes out as Coulson's group are confronted by a mysterious man leading an armed squad. They freeze the S.H.I.E.L.D. agents using an unidentified device and take them away by the time their "window closes in two minutes."

An indeterminate amount of time later, Coulson wakes up in a spaceship and declares that he has to get back to work. 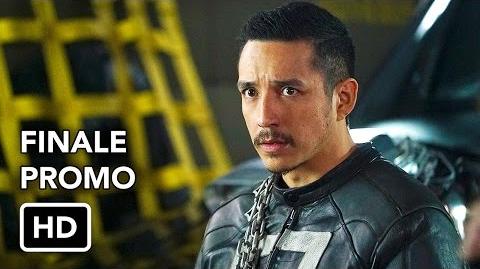 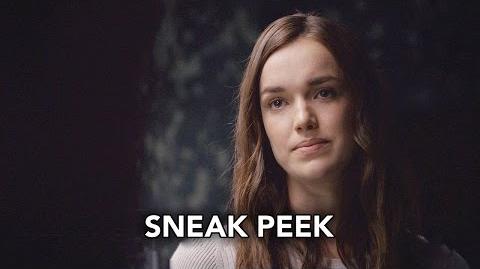 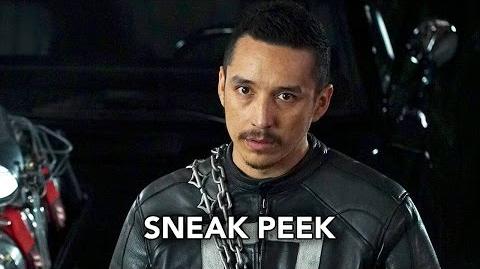 The Marvel Cinematic Universe wiki has a collection of images and media related to World's End.

Retrieved from "https://marvelcinematicuniverse.fandom.com/wiki/World%27s_End?oldid=870947"
Community content is available under CC-BY-SA unless otherwise noted.