"We're taking the Obelisk and we're leaving. There are too many lives at stake."
"You got it all wrong. Whitehall, everyone, has got it all wrong. This doesn't destroy, it gives life – new life. We finally get to find out what we become."
―Skye and Raina[src]

What They Become is the tenth episode of the second season of the television series Agents of S.H.I.E.L.D..

Coulson and Whitehall's forces meet in an explosive confrontation that dramatically alters everyone's fates. Meanwhile, Skye discovers shocking secrets about her past.

The four HYDRA Quinjets that had received Agent 33's order to fire, fly back towards the Bus to carry it out. Melinda May, anticipating the attack, orders the passengers to buckle in while she and Antoine Triplett fly the Bus. Quickly locating cloud cover, May angles the Bus towards the ground, hoping to penetrate the clouds before HYDRA fires. Hidden in the cover, she ejects the storage pods and has Triplett cloak, rendering the Bus invisible. The HYDRA missiles target and destroy the pods, leading the Quinjets to think they have destroyed the Bus.

Grant Ward, admiring how much May has taught Skye, brings her to Calvin Zabo in the HYDRA base. Zabo is elated to see the girl he had named Daisy years ago, while she is repulsed to see the man that death followed no matter where he went. Zabo tells Skye about his life in China with her mother, how Daniel Whitehall discovered and killed her years ago, and how he came back to find Skye gone. Skye tries to leave, but Zabo insists that it is her destiny to be there, because she has a gift, and that he will protect her now. As Skye is trying to sort through it all, Zabo is called away to a meeting with Whitehall. Raina stands watching the Plasma Drill punching through to the Kree City before being summoned by Whitehall as well.

At the meeting, Whitehall wants to know the motives of Ward for bringing Skye to the Ponce de León Theater‏‎. Raina explains that Ward loves Skye, and is trying to show her who he really is, instead of the murderer that she sees. Whitehall forces Skye, with Agent 33 holding her at gunpoint, to touch the Diviner. Skye does, and at a nod from her father, petrifies a Hydra agent with it while he kills another. Whitehall's men immediately pull out their weapons, forcing them to stand down. An agent knocks Zabo out, and others tie up Skye and Ward. Whitehall administers a paralyzing device to Zabo and posts Agent 33 to keep watch over Ward. Whitehall promises that before Zabo dies, he will see him experimenting on Skye. Stunned and on the floor from the paralyzing device, Zabo can do nothing as Whitehall approaches his daughter. Then S.H.I.E.L.D. attacks and Whitehall and 33 leave to direct the battle, leaving another agent guarding Ward.

While Phil Coulson, May, Bobbi Morse and Lance Hunter infiltrate the theater, Leo Fitz, Triplett and Jemma Simmons are tasked with placing explosives in the corners of the city. Sam Koenig is told to stay aboard the Bus in case things go wrong.

Ward uses the battle to distract the guard enough for Zabo to kill him. However, Zabo doesn't free Ward or Skye because he does not want them to see him kill Whitehall, as he doesn't want Skye to think of him that way. As Zabo finds his wife's killer, Ward frees Skye; she then shoots him, much to his surprise, to pursue Zabo on her own.

Zabo finds Whitehall near a staircase. As the two approach one another, Whitehall pulls out a gun, but before he could fire, Phil Coulson kills him from behind with a single shot. Angered that his quest for revenge is lost, Zabo attacks Coulson. He punches Coulson until blood pours off of his face. Skye runs in and tries to get him to stop, Zabo doesn't. Skye then yells, "Dad" this gets Zabo's attention and he stops. Skye tells him to walk away or he will never see her again. Zabo agrees but promises Skye that she will come to him after her transformation because no one will understand her. Skye apologizes to Coulson for not killing Zabo, then runs off to find the Diviner and "make things right", ignoring Coulson's protests. Skye reaches the Plasma Drill, only to find it has stopped and the Diviner is gone. Realizing that Raina has taken it into the city, Skye jumps in after her.

Agent 33 discovers the body of Whitehall. Realizing that she has no objectives outside of Whitehall's commands, Agent 33 escapes the scene with Ward, who has survived through his Bulletproof Vest.

Coulson meets up with May, then persuades her to let him follow Skye. Inside the city, Raina sees the zombiefied Alphonso Mackenzie, who upon seeing her carrying a Diviner, escorts her to the temple, where Skye follows. When Triplett reports to May that the bombs are set, he is told that Skye and Raina are in the city. He immediately rushes to defuse the bombs, then he runs to find Skye. Coulson encounters Mack and temporarily incapacitates him, trying to reach the temple before anything happens.

Inside, Raina tells Skye that they are exactly where they should be. Skye tries to stop her but is unable to as the Diviner floats from Raina's hand to a pedestal in the middle of the room. The stone walls surrounding the temple start to slide shut just as Triplett enters. Before any could leave, the walls close completely. The three witness as the artifact opens to reveal the Terrigen Crystals within it and a mist fills the room. The ignition causes Mack to revert back to his own mind, much to Coulson's delight. Skye and Raina are engulfed in a cocoon, with Skye calling to Triplett just before she is totally enveloped. Seeing no other option, Triplett kicks the crystals, causing them to shatter. As the mist lifts, he notices that a crystal shard has been embedded in his abdomen. He looks up at Skye's cocoon seeing that he was not able to save her. He then turns to stone.

The cocoons covering Skye and Raina start to crumble. The first thing Skye sees is the statue of Triplett, and she explosively sheds her cocoon, causing an earthquake that crumbles Triplett's remains and threatens to bring down the temple.

Elsewhere, a no eyed man named Gordon holds another Diviner that has activated, and informs someone that he will investigate the newest transformation. 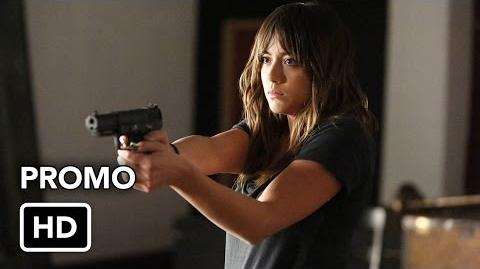 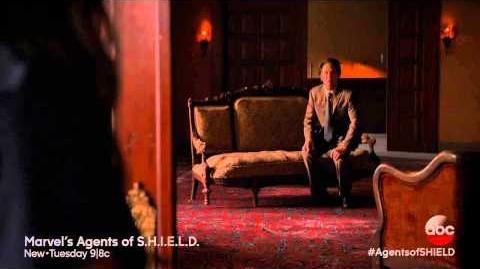 The Marvel Cinematic Universe Wiki has a collection of images and media related to What They Become.
Community content is available under CC-BY-SA unless otherwise noted.
Advertisement