"A few choices and a few lives. Radcliffe ran a simulation, and now it's a brave new terrifying world."
―Jemma Simmons

What If... is the sixteenth episode of the fourth season of the television series Agents of S.H.I.E.L.D., and the beginning of the Agents of HYDRA pod.

Johnson and Simmons uncover secrets and lies in a world gone mad. With HYDRA in control, they are our only hope to save everyone.

After plugging into the Framework, Daisy Johnson discovers that in an alternate reality, she is still known as Skye, she is dating Grant Ward and she is a HYDRA operative for hunting Inhumans. Johnson and Ward drive to the Triskelion which has been taken by HYDRA as well as the rest of the world. Horrified, Johnson discovers that in the Framework, the Inhumans are being hunted and persecuted.

Johnson logs onto her computer and tries to gather information about the people she knows in the real world in order to know their whereabouts in the Framework. She learns that Lincoln Campbell and Jemma Simmons are dead before being interrupted in her search by Melinda May, who summons her to a HYDRA briefing and behaves like a true HYDRA agent, not recognizing Johnson as a friend. At the briefing, Johnson learns that Vijay Nadeer, going under the alias of Jason Rajan, has been arrested by HYDRA. May orders Johnson and Ward to interrogate him regarding his connection with those who resist HYDRA. While questioning him, Johnson reveals that she knows of his true identity.

The interrogation becomes more violent as May enters the room, wanting more answers from Nadeer. She orders Nadeer to be taken for testing his Inhuman condition with a man named The Doctor. On their way, Nadeer shows extreme panic at the idea and informs Johnson that in the Framework, May did not kill Katya Belyakov in Bahrain, but instead had her brought to the United States of America, where Katya killed dozens of people in what became known as the Cambridge Incident. Nadeer then punches her and tries to escape before being arrested by the men of The Doctor, who turns out to be a ruthless and cruel version of Leo Fitz.

Elsewhere in the Framework, the real Jemma Simmons emerges out of a pauper drop at the remnants of the S.H.I.E.L.D. Academy, where her virtual counterpart was killed when S.H.I.E.L.D. fell and HYDRA took over the world. She finds Julia Price who agrees to drive her to Washington, D.C. However, they are stopped at a HYDRA checkpoint and upon discovering that Simmons carries a S.H.I.E.L.D. ID, the driver asks her to leave her car since S.H.I.E.L.D. is now considered a subversive organization.

Simmons makes her way to a diner, where she manages to steal the keys and the coat of two customers. On her way out, she is confronted by two HYDRA agents who notice her dirty clothes and proceed to arrest her. When the two agents enter her name in their database, they learn that she is officially deceased. Before they can react, Simmons manages to knock them out and steals their car. She then heads to the rendezvous point she defined with Johnson in the real world and waits for her friend. With Johnson not coming, Simmons returns to her car and tries to look for information about her friends. Unable to access Fitz's files, she finds out that Phil Coulson is a teacher in the Framework and drives her car to his school.

In an alternate reality, Coulson appears to be a simple history teacher spreading HYDRA's propaganda, explaining how Inhumans are dangerous as it was shown by the Cambridge Incident and how HYDRA has made the world safer. One of his classes is interrupted by two HYDRA agents who take Chris Adler, one of his pupils. Later, he is visited by Simmons, who tries to have him remember his life in the real world, mentioning the T.A.H.I.T.I. project. However, Coulson distrusts her and upon discovering that Simmons is from S.H.I.E.L.D., he orders her to leave and reports her to HYDRA as a subversive. After she leaves, Coulson watches in bewilderment some objects he secretly collected and which are actually connected to his real life : doodles of the S.H.I.E.L.D. insignia, pictures of cars like Lola, ads for cello concerts reminding Audrey Nathan, a page covered with the sentence "It's a magical place..." Simmons is later confronted by Burnell, another of Coulson's pupils who thinks she is HYDRA but eventually agrees to lend her his car.

Johnson witnesses in horror as The Doctor conducts experiments on Nadeer with a machine he designed with little regards to the pain inflicted to the subject. Shortly after, May comes to The Doctor to inform him that HYDRA has been reported the presence of a subversive. Johnson figures out that they are talking about Simmons and leaves in order to find her friend. Johnson and Simmons are finally reunited at their meeting point and discuss their experience in the Framework. They are confronted by Ward, who reveals that he is actually a double agent working for the S.H.I.E.L.D. resistance. Ward then helps them escape a HYDRA team sent to arrest Simmons. Johnson and Simmons make their way to Skye's apartment and try to use their extraction beacon but it does not work: they are trapped in the Framework.

May reports the failure of their operation to The Doctor and informs him that there might be a mole within HYDRA, to which The Doctor orders her to find and kill the traitor. The Doctor then goes to see HYDRA's Director: Aida, who goes under the alias of Madame Hydra, being The Doctor's lover.

Johnson returns to Coulson's school, sneaks into his car and tries to have him remember his real life. After a tense conversation, Coulson finally voices Johnson's name, showing that he can still access some of his real memories. 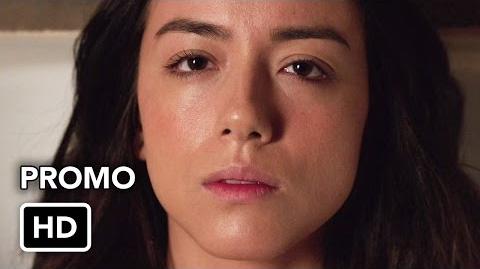 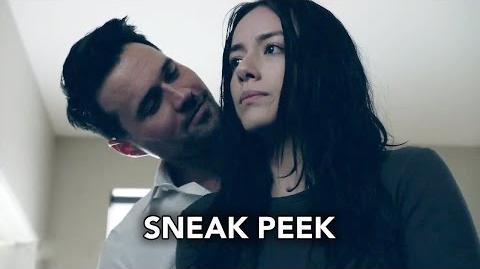 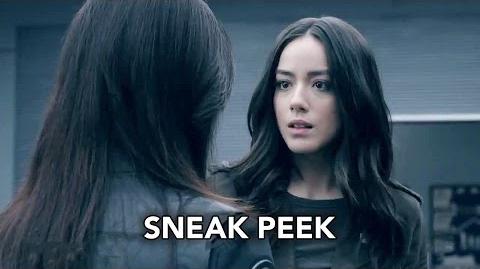 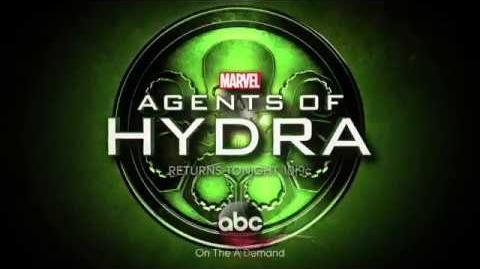 The Marvel Cinematic Universe Wiki has a collection of images and media related to What If....