"I like you, Agent May. I don't wish for you to suffer. I promise to make this quick and painless."
"Thanks. I'm not worried."
―Aida to Melinda May[src]

May races to find the truth about what happened to her, while Aida's next move could mean the death of them all.

A flashback shows what happened when Melinda May went to the Radcliffe Residence to enlist Aida's help in order to fight Eli Morrow after discussing with Holden Radcliffe about Aida and the Darkhold. Aida, who had been warned by Radcliffe about May's impending visit, knocked May out and replaced her with a Life-Model Decoy uploaded with May's memories. The real Melinda May was placed in a looped simulation where she believed to be in a spa: as soon as she tried to leave the spa, the simulation resumed, which eventually made her dubious about where she was and finally woke her up. However, her escape attempt was stopped by Aida and Radcliffe who designed a new simulation for her. Afterward, Aida and Radcliffe discuss May's fate and Radcliffe tells Aida that he does not intend to kill May as long as it is not an absolute necessity and also evokes a second LMD which is now active.

In the new simulation, May believes that she wakes up once again and manages to get free of her bonds. She is found by Aida who chases her through the Radcliffe Residence. Eventually, May discovers that she is still in a simulation where she has something to fight, which corresponds better to May's nature. Aida informs May that she goes further and further in this Framework simulation despite her memory being erased after Aida catches her.

At the Playground, S.H.I.E.L.D. decides to have Daisy Johnson sign the Sokovia Accords at the Capitol while Elena Rodriguez infiltrates Senator Ellen Nadeer's office, an operation to which Glenn Talbot reluctantly agrees, stating that if Nadeer discovers their operation, she might endanger S.H.I.E.L.D. welfare. In the meantime, Alphonso Mackenzie receives a text message and informs Rodriguez that he cannot join the mission and that he has something else to do while Leo Fitz still struggles to find answers regarding Aida's former rebellion and discusses with May's LMD about the influence that the Darkhold could have had on Aida.

Jeffrey Mace, Talbot and Johnson go to the public hearing prior to the signing of the Sokovia Accords in the presence of Nadeer while Phil Coulson and Rodriguez tries to infiltrate the Senator's office. Jemma Simmons and May's LMD also take part in the mission, ensuring communications and guiding their colleagues. During the mission, Rodriguez asks Coulson whether he knows why Mackenzie requested some personal time, but Coulson advises her to ask him directly. Nadeer confronts Johnson about her Inhuman nature and her illegal activities while she was fighting the Watchdogs as the vigilante nicknamed Quake. She then reveals that she is aware that her office is currently being broken into. Indeed, Coulson and Rodriguez were spotted and arrested, which leads to S.H.I.E.L.D. being put under public investigation. This makes Coulson and the others think that there is a mole within S.H.I.E.L.D.

May's LMD and Simmons discuss the leak and Simmons confronts Fitz about his work on Aida's first version's severed head that he kept and secretly worked on. Indeed, Simmons thinks that the footage from the head's eye camera could have provided Nadeer with the intel. However, Fitz denies the idea, saying that he did not attend the meeting where the operation was decided and also refuses to admit that his work is an obsession. Instead, Fitz informs the other S.H.I.E.L.D. agents that he investigated the real cause of Aida's rebellion and finally found it: Holden Radcliffe himself. S.H.I.E.L.D. assembles a team which goes to the Radcliffe Residence, where May's LMD had gone first in order to confront Radcliffe about her nature before realizing that she cannot go against Radcliffe's secret programming; therefore she cannot attack Radcliffe or even disclose her true identity to the other S.H.I.E.L.D. agents.

The S.H.I.E.L.D. team finally breaks in the Radcliffe Residence and arrest Radcliffe, who is locked in a Containment Chamber at the Playground. Mackenzie finally returns from his personal time and tells Rodriguez the real reason of his absence: he went to see his ex-girlfriend Nicole to support her since the day after is the birthday of the daughter they had together eleven years ago and who died four days after being born. Fitz later visits Radcliffe and confronts him about lying to everyone. However, Fitz figures out that the person he is speaking to is not human: it is an LMD as well. Therefore, Fitz shoots the android in the head, revealing its true nature. The real Radcliffe watches the whole scene through the LMD's eye camera while striking an alliance with Nadeer and the Watchdogs. In order to prevent May from escaping the simulation, Radcliffe also had her living a rewritten life: he modified her memories of the Rescue in Bahrain and implanted in her mind a new version of the story where she saved Katya Belyakov instead of killing her, wiping May's greatest regret. 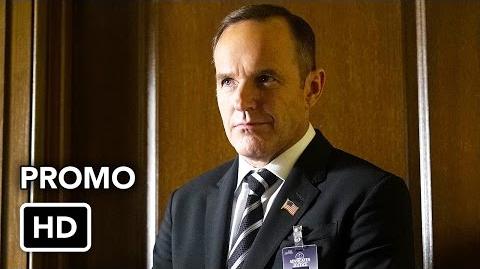 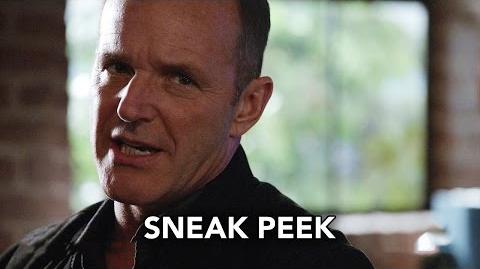 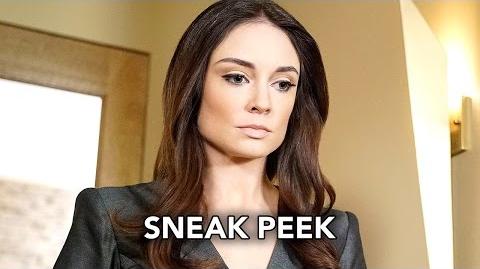 The Marvel Cinematic Universe wiki has a collection of images and media related to Wake Up.

Retrieved from "https://marvelcinematicuniverse.fandom.com/wiki/Wake_Up?oldid=1119750"
Community content is available under CC-BY-SA unless otherwise noted.