Loki
*The Nexus Event
*Journey Into Mystery
*For All Time. Always. (mentioned)

"The branched timeline isn't reset. It's transferred."
"To where?"
"A void at the end of time. Where every instance of existence collides at the same point and simply stops."

The Void is a point located at the end of time used to send everything pruned by the Time Variance Authority. Inhabitants of this setting do not age because of the void being the end of time.[1]

"When we prune a branched reality, it's impossible to destroy all of its matter. So we move it to a place on the timeline where it won't continue growing."
―Ravonna Renslayer to Sylvie Laufeydottir[src]

Following the Multiversal War, He Who Remains tasked Alioth to live in the Void, in order to guard him in his residence. The Void became an amalgam of alternate realities that were pruned by the Time Variance Authority sent to the end of time.[2]

Sent to the Void

After Loki found out that the TVA was composed of variants, he was captured by Mobius M. Mobius, who interrogated him about working with Sylvie. Loki lied about actually working with her on Lamentis-1. He tried to explain everything to Mobius, though Mobius never believed it. Mobius later found footage of Hunter C-20 being interrogated by Ravonna Renslayer about the variants in the TVA. Mobius and Loki tried to confront Renslayer, but Mobius was pruned to the Void by Renslayer.

After Loki and Sylvie discovered that the Time-Keepers were fake, they both wondered who actually controlled the TVA. Loki wanted to tell Sylvie that he loved her, but he was pruned by Ravonna Renslayer. Waking up in the Void, Loki discovered four alternate versions of himself and tried to understand his situation. He followed them back to the Loki Palace where Loki tried to come up with a plan to escape.[3][2]

Sylvie managed to take Renslayer hostage in order to get some answers about the TVA. However, Renslayer argued that she did not know who actually ran the TVA and explained to Sylvie that everything from other timelines were sent to the Void. Renslayer persuaded Sylvie into believing that they could go into the Void through a spacecraft as Miss Minutes tried to find the information, but the Minutemen tried to ambush Sylvie. Renslayed tried to persuade Sylvie into giving in, but she used her Time Stick to prune herself. Some time later, Sylvie awakened and was rescued by Mobius.[2]

Ambush at the Loki Palace

Reunion at the End of Time

While Loki explained his plan to Sylvie, Sylvie argued that Loki's plan could not work and that they should enchant Alioth instead. The group made refuge in a fallen structure as Mobius reminisced on his past with dealing with the other Lokis and planned to expose the truth about the TVA with everyone. Outside, Loki bonded with Sylvie and talked about their time together. Though Sylvie worried about being alone, Loki assured her that they'd take the TVA done, casting a blanket around them. Loki admitted his faults in the past to Sylvie, hoping to increase his trust with Sylvie. After some time, the group went to Alioth's location as the Lokis made their goodbyes with Loki and Sylvie while Mobius said his goodbyes returned to the Time Variance Authority Office, hoping to persuade Renslayer.[2]

Battle in the Void

As Loki and Sylvie walked towards Alioth, Alioth hovered towards them, howling at the two. Loki assured Sylvie before the two enacted their plan. Using the Laevateinn, Loki distracted Alioth as Sylvie tried to enchant Alioth using one of its branches. However, Alioth turned to Sylvie and attempted to kill her. However, Alioth was finally distracted by Classic Loki, who created an illusion of Asgard in order to give Loki and Sylvie the chance to enchant Alioth. As Alioth tried to eat the illusion, Loki and Sylvie began enchanting the creature as the illusion began to fall apart. Unable to keep up the illusion, Classic Loki, in a last effort to hold back Alioth, was killed. Alioth turned its attention back to Loki and Sylvie and tried to eat them, but the enchantment overtook Alioth. Alioth opened itself to reveal the Citadel at the End of Time as Loki and Sylvie prepared themselves to find the person who ruled over the TVA.[2] 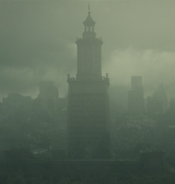 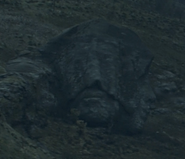 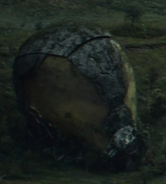 The Marvel Cinematic Universe Wiki has a collection of images and media related to Void.