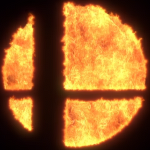 "They say everyone's born a hero. But if you let it, life will push you over the line until you're the villain. Problem is, you don't always know that you've crossed that line."
―Jessica Jones[src]

Heyo, I am SwagMasterDbl. I started contributing to MCU Wiki some time ago, just sorta editing around I guess. My name implies I am a swag master, yes, but I am no such thing, that's just a name I made when I was 13 and for some reason used on the wiki. Too lazy to change it.

I was born once.

And then I watched the Avengers movie on my 11th birthday but didn't care much for it then. And then I rewatched it a few years later and it turned out to be my favorite movie. And then I started watching all the other movies in the universe and got obsessed. I then later watched the shows and loved those too. And then I found this wiki and started editing stuff.

Unfortunately one time I got murdered because Thanos snapped his fingers and wiped out half the universe including me :(

Before I died I was just this one guy obsessed with the MCU. In the afterlife, I'm... The same exact thing except at this point I'm focusing more on the shows than the movies. I love both though.

As a guy obsessed with the MCU, I can melt your insides with my laser eyes... which won't leave a trace.

Retrieved from "https://marvelcinematicuniverse.fandom.com/wiki/User:SwagMasterDbl?oldid=808192"
Community content is available under CC-BY-SA unless otherwise noted.