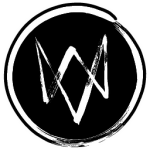 "Soldiers trust each other. That's what makes it an army."
―Captain America[src]

"The living legend and symbol of courage."
―Museum[src]

"A symbol to the nation. A hero to the world. The story of Captain America is one of honor, bravery and sacrifice. Denied enlistment due to poor health, Steven Rogers was chosen for a program unique in the annals of American warfare. One that would transform him into the world's first Super-Soldier."
―Narrator[src]

"Some stuff you leave there. Other stuff you bring back. It's our job to figure out how to carry it. Is it gonna be in a big suitcase, or in a little man-purse? It's up to you."
―Falcon[src]

Captain America is the ultimate leader. He always knows his way out of a problematic situation, even when he is told there is not one. As the Captain of both the Howling Commandos and the Avengers, he always laid out the planning and taught all his teammates essential military skills. He made sure everyone on the team was always at their best; that is what good leaders do, they see things from the inside and the out. He understood that their respective individual places on his teams were crucial to maximizing everyone's safety, and was integral for success. Even when times got tough, Steve Rogers still managed to make everyone feel like if they were a team; a family, because he knew that that was what made them strong, unstoppable and truly what made this soldier super.

"Take it one step at a time. It's not your job to solve every problem. Your job is to put together a team you trust and then to tell them to take it one step at a time. That's all you can do. If you think about everything you're up against all at once, you'll crack. Fury always said, a man can accomplish anything once he realizes he's a part of something bigger."
―Phil Coulson's files[src]

"You like my Biggie photo? Me too. You know what draws your eye when you look at that? The crown. Wanna know why? 'Cause everybody wants to be the king."
―Cottonmouth to Shameek Smith[src]

"I apply foot to ass. And match lead for lead. I put murderers in handcuffs. I don't just seek justice, I stalk it."
―Misty Knight to Gabe Krasner[src]

"The secret to every great lie is it has to run parallel to the truth."
―Shades to Black Mariah[src]

"You quote the Bible like you actually believe in God."
"And you speak to me as if you're not actually in the presence of death."
―Black Mariah and Diamondback[src]

"Sometimes, if you want justice... you have to get it yourself."
―Claire Temple to Luke Cage[src]

"Politics is where the power is, Cornell. Forget about all this other noise."
―Black Mariah to Cottonmouth[src]

"I didn't choose this life but to save her I must kill."
―Punisher

"I am running to tell everyone about their lies."
―Amy Bendix

"Without brotherhood war is meaningless."
―Jigsaw

More Than a Hero

It's All Been Leading to This

"The price of freedom is high. It always has been. And it's a price I'm willing to pay. And if I'm the only one, then so be it. But I'm willing to bet I'm not."
―Captain America[src]

"All right, Frank. You don’t want to tell us? I’ll tell you. I’m gonna tell you exactly what kind of man you are. You’re the kind of man this city needs. Because ladies and gentlemen of the jury, we all know this city needs help. Needs it now. Not tomorrow, not next week, not when the day comes, when the corruption that Wilson Fisk left in his wake is flushed out for good, and the police force is finally back on its feet. We need it now. 'Cause this city's been sick. And the cops, they can’t fix it alone, they need, we all need men and women who are willing to take the fight themselves. The kind of people who risk their lives so that we can walk safe at night in our own neighborhoods. The ones our esteemed District Attorney here is trying so hard to destroy. New York needs these people. We need heroes."
―Daredevil[src]

"People needed someone that didn't require a warrant or shield to get things done. Call it a vigilante, or a superhero... call it what you will, but... like it or not, I finally accepted that that someone had to be me."
―Luke Cage[src]

"People are scared... but they can't be paralyzed by that fear. You have to fight for what's right every single day, bulletproof skin or not. You can't just not snitch, or turn away or take money under the table because life has turned you sour."
―Luke Cage[src]

"I'm still trying to figure out who I'm gonna be as the Iron Fist. Lei Kung taught me that I was a powerful weapon... a flame meant to destroy our enemies. But I keep thinking that... maybe I can be something else. A light... for those trapped in the darkness."
―Danny Rand to Colleen Wing[src]

"Yo, I'm Luke Cage. You can't burn me, you can't blast me, and you definitely can't break me. You wanna test me? Step up. I'm right here. I ain't going nowhere. You know where to find me. I am Harlem, and Harlem is me."
―Luke Cage[src]

"Life has taught me this. You cyaan drown sorrow with tears. If you waan to erase sorrow, you muss burn it."
―Bushmaster[src]

Guardians of the Galaxy 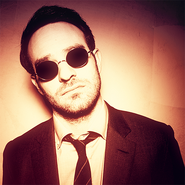 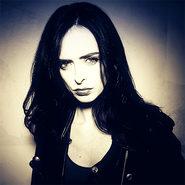 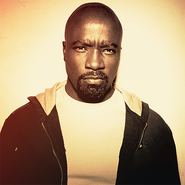 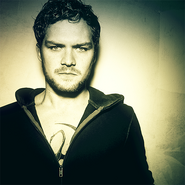 Iron Man
Add a photo to this gallery

Retrieved from "https://marvelcinematicuniverse.fandom.com/wiki/User:RazorNovaStrike?oldid=1123128"
Community content is available under CC-BY-SA unless otherwise noted.