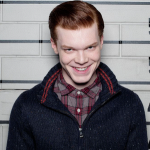 "The fact...of being a villain ,is a really funny job to do..you can just make destruction, havoc ,blah-blah ,but what i mostly like is to cause pain and madness!"
―Me when i exposing myself as a villain[src]

"An empire toppled by its enemies can rise again. But one which crumbles from within..that's dead forever"
―My most favourite line by Helmut Zemo[src]

Hello there! ,my name is Jason Thompson ,i'm living in New York City, USA. I'm a massive fan of superhero

films because of the reason that this is my favourite genre. What else can i say about myself? ,oh!, i'm a big fan of MCU! ,and my most favourite villain of all time by Marvel is Ultron.

List of My Favourite Pages in this Epic Wikia!

Every single time ,when i meeting someone, i just wanna to scare him, so, while i do it and i making some rampage, i laughing maniacally. Which means that my friends describing me not only as a geek but also as psychopathic madman. I have sometimes mental breakdowns, but most of all; i'm a caring and sympathic individual ,but sometimes when i doing rampage, i winning to the title of "The World's Most Dangerous Individual" . So, be careful!. HAHAHAHAHA!

Retrieved from "https://marvelcinematicuniverse.fandom.com/wiki/User:GhostRider2007?oldid=502924"
Community content is available under CC-BY-SA unless otherwise noted.