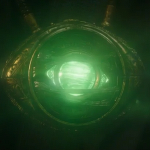 I am a huge fan of the MCU and I love how everything links together in order.

I work with other users to form the most reliable MCU timeline possible by considering every piece of evidence for time frames in all MCU released media.

If you have any queries about timelines or evidence you think I have missed, or want a discussion with me about the timeline, be sure to visit the General Discussion Board for the Timeline Discussion, or drop me a message on my wall. Be sure to check the timeline pages' references, or my blogs (once they are up), for the evaluation of evidence if you wonder how we came to a certain conclusion.

I am slowly working on my blogs.

Other blogs for placing events:

Out of personal interest:

The Films from Weakest to Strongest

Retrieved from "https://marvelcinematicuniverse.fandom.com/wiki/User:BEJT?oldid=1176253"
Community content is available under CC-BY-SA unless otherwise noted.