"Four cities blacked out in five hours – London, Los Angeles, Moscow, and Miami. You know what they have in common?"
"Yeah, we relocated Inhumans to all of them, but do you think this is for real? They're organizing an uprising?"
―Phil Coulson and Alphonso Mackenzie

As Coulson, Mack and Fitz attempt to track down and neutralize a rogue group looking to end Inhuman Registration worldwide, Simmons and Dr. Radcliffe only have hours to save May before she succumbs forever to her mysterious illness.

Yo-Yo Rodriguez is attending a party in Miami, Florida when a city-wide blackout suddenly occurs.

Following the blackout, the Watchdogs anonymously send a threatening online message, claiming they are Inhumans, and that they will shut off more cities hour by hour if the Sokovia Accords are not shut down. Phil Coulson and Jemma Simmons are overlooking Melinda May's vitals, fearing for her life, when Chen's heart rate spikes dramatically before he passes away from Lucy Bauer's infection. Simmons realizes the same will happen to May in just hours if they do nothing. Jeffrey Mace assigns Simmons to try to save May and assigns Coulson to Miami.

Elsewhere, the same blackout happens to Los Angeles, so Robbie Reyes and Daisy Johnson quickly go to check on Gabe Reyes, who happens to be attacked by a gang when they arrive. The two vigilantes take down the gang members and bring Gabe home.

Meanwhile, Holden Radcliffe prepares to help Simmons save May, who is hallucinating almost everything around her to be graphically demonic at this point. After they calm her down, they realize the only way to save her is to kill her and then quickly bring her back to life before she completely shuts down, which would "reset" her brain. They kill her as planned, and although the power goes out before they can perform CPR, Radcliffe eventually uses Aida's battery to allow proper CPR, which luckily brings May back to life and cures her.

Meanwhile, as Coulson, Alphonso Mackenzie, and Leo Fitz enter Miami, their car suddenly shuts down, along with Coulson's Prosthetic Hand and the rest of their gear. Watchdogs invade the party that Rodriguez was attending, looking for an Inhuman there. At that moment, Coulson, Mackenzie, and Fitz arrive and, with Rodriguez, subdue the Watchdogs.

Elsewhere, Reyes and Johnson arrive at their home. Reyes then heads out to make sure people are safe as the Ghost Rider, using work as an excuse, not wanting Gabe to know what he truly does. Gabe and Johnson have a conversation after he leaves, but Gabe tells her he knows of her abilities, and he wants him to stay away from Robbie, threatening to expose her to the public if she does not.

Meanwhile, Coulson, Mackenzie, Fitz, and Rodriguez find the source of the outages, an EMP device, and reset it to bring the power back.

The next day, Mace announces S.H.I.E.L.D. as an official agency again, finally ending two and a half years of hiding in the shadows. Robbie returns to their home to discover Johnson left in the night, leaving Gabe alone.

Ellen Nadeer, a senator secretly working for the Watchdogs, speaks with her boss about S.H.I.E.L.D. As she leaves her house, she says goodbye to her brother, a possible Inhuman captive. 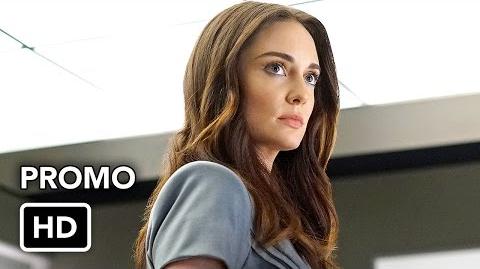 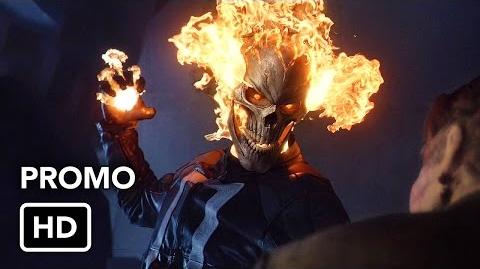 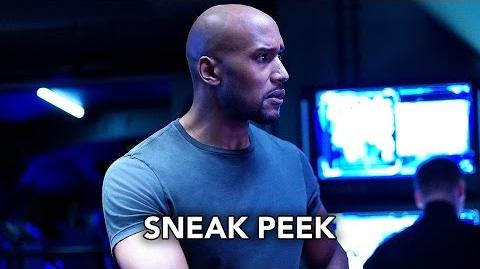 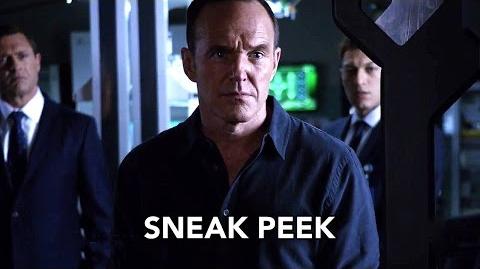 The Marvel Cinematic Universe Wiki has a collection of images and media related to Uprising (episode).