"I work... worked in the financial department at Union Allied. They're overseeing the bulk of the government contracts for the West Side reconstruction."
―Karen Page[src]

Union Allied Construction was a company established by Wilson Fisk, which oversaw the reconstruction of Hell's Kitchen following the damage caused during the Battle of New York. The company also acted as the façade for the illicit activities and money laundering operations for Fisk's criminal associates.

"The last two years have transformed the business. There's new owners, new grants, new contracts."
"Yeah, the world watched half of New York get destroyed. That's a lot of sympathy."
"And Union Allied benefited from every dollar of it."

Following the Battle of New York, money began pouring into New York City to help the rebuilding effort. Wilson Fisk saw this as an opportunity to take charge of the reconstruction and rebuild the Hell's Kitchen. Fisk set up the Union Allied Construction, which would oversee a part of the government contracts for the reconstruction. He also formed an alliance with various criminals in the city, using McClintock to hide their assets in the Union Allied's pension fund.

However, Karen Page accidentally discovered the inconsistency in Union Allied's funds and saved the evidence, so Fisk ordered to get her out of the picture by framing her for Daniel Fisher's murder and then having her killed in the lockup by Clyde Farnum. However, Farnum failed, so Rance was sent to kill Page and ensure that the Union Allied's business stays hidden, but the Masked Man manages to save her. Both Rance and the flash drive with the evidence were left for the New York Bulletin, and Ben Urich wrote an article, exposing Union Allied's illicit business.[1]

In the wake of the Union Allied scandal, Fisk and James Wesley had the company liquidated and its assets were reacquired through a number of front companies, including the Confederated Global Investments.[2] A lawyer hired by them had a meeting with Page, offering her money for signing a non-disclosure agreement to keep the information about the Union Allied she knew off the record.[3] 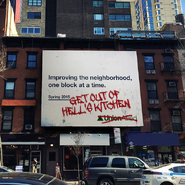 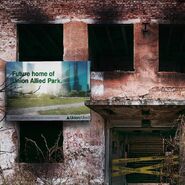 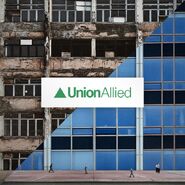 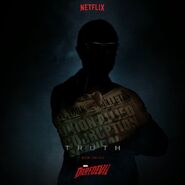 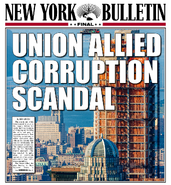