"HYDRA always comes back."
"Cut off the head, two more will take its place."
―John Garrett and Phil Coulson

Turn, Turn, Turn is the seventeenth episode of the first season of the television series Agents of S.H.I.E.L.D..

Coulson and his team find themselves without anyone they can trust, only to discover that they are trapped with a traitor in their midst.

John Garrett casually drinks his coffee when his jet is attacked by drones. After a brief get away, he looks to see the S.H.I.E.L.D. logo on the drones.

On the Bus, Phil Coulson and Skye corner Melinda May. May tells them that she could contact S.H.I.E.L.D. and find out why the Bus was rerouted. Trying to gain their trust, May tells Coulson that the encrypted drive was a direct line to Nick Fury. She then turns the argument onto Leo Fitz, asking him why he was tampering with the SAT cables, to which Fitz replies that he was trying to contact Jemma Simmons at the Hub.

At the Hub, Jemma Simmons does research on GH.325 when Antoine Triplett walks in. She suspiciously moves the files, which Triplett notices. She gives in an tells him the truth. He agrees to help her because they both have noticed suspicious activity at the facility.

Back on the Bus, Garrett calls for backup. Solving one problem, Coulson shoots May with an I.C.E.R. and they take her to the interrogation room that's holding Grant Ward. The team quickly boots up the weapons and use the maneuver called "roll over, play-dead" to shoot the last drone that was attacking Garrett. Victoria Hand watches the radars and sees Garrett with Coulson, she marks him as an enemy as well. Garrett docks his plane on the Bus and joins the team. They discuss possible people who could be the Clairvoyant now that they know Thomas Nash was a red-herring. Coulson believes that the most likely person is Hand, but Garrett insists she is clean. Skye interrupts them to show an encrypted code in a signal on S.H.I.E.L.D.'s network. She solves it to show "Out of the shadows, into the light, HYDRA." They discuss options on how to proceed and agree to save Simmons and Triplett.

At the Hub, Victoria Hand sends men to get S.H.I.E.L.D. agents for interrogation. Simmons calls Anne Weaver at the S.H.I.E.L.D. Academy of Science and Technology who tells her about HYDRA and that they are attacking at this moment. Triplett locks the door which scares Simmons. Triplett gives her a knife to show she can trust him, and he says if she tries to kill him, he'll know she's HYDRA.

May wakes up to find Ward feeling betrayed. They argue until May brings up how he killed Nash to protect Skye. The Bus arrives at the Hub and May calls Fury. Someone on the other end tells her that Fury is dead. The group then gets shot at by many S.H.I.E.L.D. agents who think they're HYDRA, May gets shot in the arm. Coulson interrogates May while patching her up. She tells him the line was to record side effects of the GH.325 formula in Coulson's body. She explains that Coulson didn't make the team, she made reports on the candidates to give to Fury and he gave them to Coulson. May confesses that she knew about T.A.H.I.T.I. and was tasked by Fury to keep an eye on Coulson. After the agents stop firing, they discuss plans. Ward worries about possible weapons HYDRA can use including Gravitonium to which Coulson responds saying it's below the Fridge, off records. The agents infiltrate the Bus to find that the group has escaped. The group then splits up to find Hand. Simmons and Triplett are found by Hand who makes them swear allegiance to HYDRA. Triplett, however, tries to fight her men, saying he will never be with HYDRA. Hand then reveals she is S.H.I.E.L.D., that was a test, and now she could trust them. Hand tells Simmons that Coulson is HYDRA. Simmons argues, but Hand brings up many questionable things that Coulson has done including recruiting Skye, a known enemy of S.H.I.E.L.D. Simmons cannot think of a counter argument.

Coulson, May, Garrett, and Fitz manage to capture a computer room in the Hub, while Ward and Skye plant explosives in the processing center. Ward and Skye talk about Ward's dangerous plan to take on the HYDRA agents. Ward convinces her by confessing his love for her. They kiss before Ward goes and attacks the agents. He returns victorius, but with many scars.

At the computer room, Garrett plans to drop into Hand's room and kill her right then and there. Coulson argues that they should question her first so that they don't shoot the wrong man like Ward had. Garrett gives examples of why Hand needs to die, claiming that she killed three of his men, she had Skye shot in the stomach, she turned Mike Peterson into Deathlok, and she had Raina torture Coulson. Then Coulson realizes, he never told Garrett that Raina was the one who tortured him. He asked Garrett how he knows that, to which Garrett realizes his mistake and reveals that he is the Clairvoyant. Then many soldiers barge into the room to which Garrett gives the order for the few HYDRA soldiers in the group to kill the S.H.I.E.L.D. soldiers. Garrett then utters, "Hail HYDRA."

Coulson, May, and Fitz are held at gunpoint in front of Garrett. Coulson vows that he won't serve HYDRA. Garrett claims that he has been all along. Fitz, now crying, tells Garrett that he will suffer for what he is done. Ward and Skye then blow up the system which gives the three S.H.I.E.L.D. agents enough time to get the upper hand on Garrett and his men. Garrett and Coulson fight. Fitz gives Coulson the Thunderstick which he uses to beat Garrett. Hand gets the door unlocked and tells Coulson she heard everything and she trusts him.

Garrett and the HYDRA agents are taken away. Triplett yells at his S.O. Garrett, while Coulson tells Ward about Garrett's betrayal, knowing that Garrett was Ward's S.O. as well. Hand and Coulson talk about the rest of S.H.I.E.L.D. and how Captain America defeated HYDRA's trio of armed Helicarrier at the Triskelion. Hand tells Coulson she will escort Garrett to the Fridge. Ward convinces her to let him go so he can "watch Garrett suffer." She agrees. The remaining S.H.I.E.L.D. agents are forced to go on the run.

In transit, Hand offers Ward the chance to execute Garrett to atone for killing Thomas Nash by mistake. He at first appears to accept the offer, but then instead guns down Hand, Jacobson, and Chaimson, freeing Garrett and revealing himself as a HYDRA agent. A happy Garrett then retells a S.H.I.E.L.D. story to Ward. 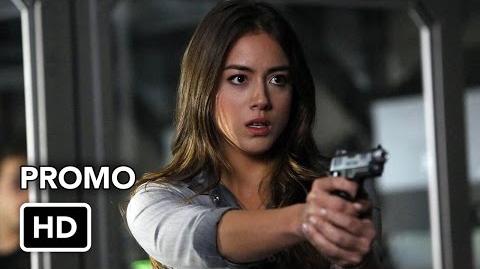 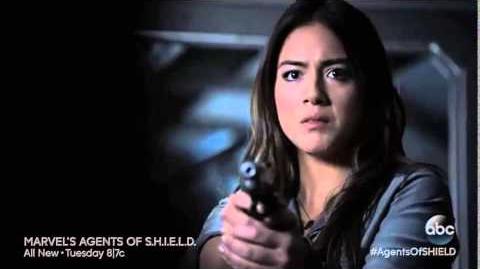 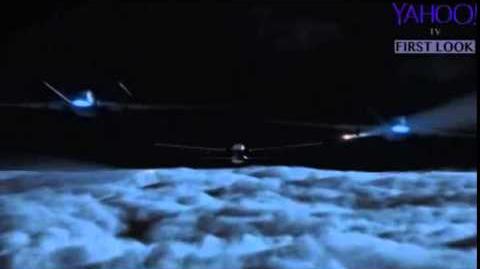 The Marvel Cinematic Universe Wiki has a collection of images and media related to Turn, Turn, Turn.