Boris Bullski was an A.I.M. operative protecting their nuclear depots in Russia. When Iron Man started searching for stolen Stark Tech and destroying different terrorist organizations, the two engaged in battle. The Titanium Man Armor used nuclear energy as its source of energy, making it very powerful. In the end however, Bullski was defeated by Iron Man when he cut off his supply of nuclear energy before he could recharge the suit.

To get revenge and Stark technology, A.I.M. sent Titanium Man and many operatives to take down Tony Stark at Stark Industries. Despite the efforts of the A.I.M., Titanium Man and the rest of A.I.M.'s forces were finally defeated.[1] 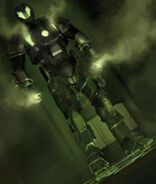 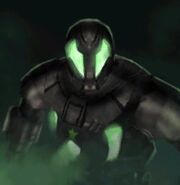 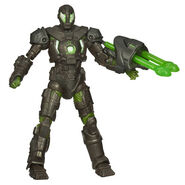 From the movie figure line
Add a photo to this gallery

Retrieved from "https://marvelcinematicuniverse.fandom.com/wiki/Titanium_Man?oldid=1227574"
Community content is available under CC-BY-SA unless otherwise noted.