"We may actually have a shot at finding the city."
"Are you sure it's something you want to dig up?"
"If we don't, HYDRA will. We need to get there first."
―Phil Coulson and Skye[src]

The Things We Bury is the eighth episode of the second season of the television series Agents of S.H.I.E.L.D..

Coulson and team find themselves in an epic face-off against HYDRA to uncover an ancient secret, while Ward kidnaps his brother, Senator Christian Ward, for a violent trip down memory lane.

In 1945, in his HYDRA Fortress, Werner Reinhardt and a team of HYDRA scientists documented the effects of the Obelisk on the inhabitants of Hunan province who found it. One particular young woman caused the artifact to glow with strange writing when she touched it. Before Reinhardt could discover what made this woman unique, an officer told him of the demise of the Red Skull and the coming of the Allied forces.

Reinhardt was captured and sent to the Rat for interrogation by Peggy Carter. He asked if he could make a deal, but she adamantly refused. To entice her, he told her what he knew of "blue angels" coming to Earth and that he could save humanity. Carter sentenced Reinhardt to a life sentence in the Strategic Scientific Reserve facility.

In 1989, Alexander Pierce freed Reinhardt, officially saying that budget cuts were necessary. He had Hauer take him to his old headquarters. HYDRA gathered the elders of Hunan for Reinhardt to inspect; he saw the young woman, looking unaged after so many years. Reinhardt performed experiments on the woman. Taking her bodily fluids and DNA, Reinhardt used them to get a transfusion that restored his youth. Agent Hauer was told to dispose of her remains. Those remains were found by Calvin Zabo, who swore vengeance.

In the present, Melinda May is in charge of the Playground as Phil Coulson takes Leo Fitz, Antoine Triplett and Skye to Hawaii. He gives each a particular mission, then has the Bus take them to Australia. At Laura Creek, there is a satellite relaying station that is easier to infiltrate than the Kaena Point Air Force Base in Oahu. The weird assignments Coulson gave earlier is to cause an EMP blackout at that base which would cause the one at Laura Creek to be used as a back-up. Coulson wants their satellites hacked so he can find the city that matches the Words of Creation. However, while there, the team is ambushed by HYDRA and Triplett is fatally shot.

HYDRA is there because Zabo explained to Daniel Whitehall that the Diviner selected worthy people to go within a temple in a hidden city. Zabo sought that city, but Triplett's injury gives him an opportunity to meet Coulson personally. He is surprised that Coulson knows about the city since Whitehall had to be told by him. The Diviner has something inside it explains Zabo. Coulson allows Zabo to escape in order to save Triplett.

Grant Ward captures his brother and has him confess that he was the torturer of Thomas. Grant then kills his mother and father and has the news believe that it was a murder-suicide by Christian Ward.

When Zabo returns to Whitehall, he meets Ward.

In the Playground, May opens Vault B so that the others can research the past of Daniel Whitehall. They discover his past identity as Werner Reinhardt but not the secret of his youth. When this information is told to Sunil Bakshi during his interrogation by Bobbi Morse, he takes a cyanide pill to commit suicide, but he is saved.

Before Skye can be told that Coulson and Fitz met her father, the satellites find a match. 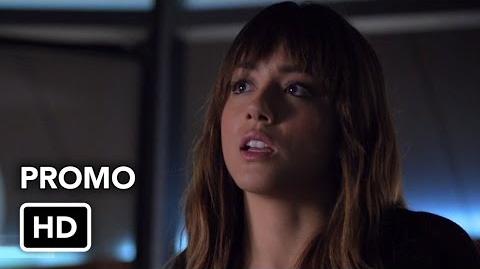 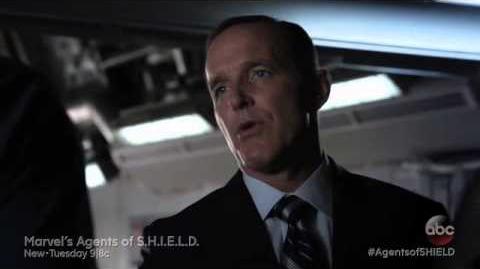 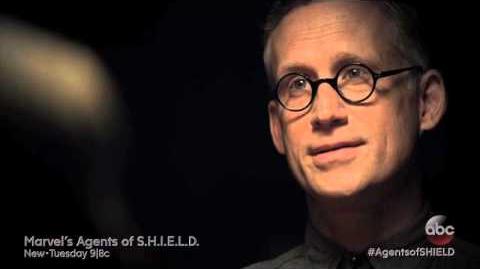 The Marvel Cinematic Universe wiki has a collection of images and media related to The Things We Bury.

Retrieved from "https://marvelcinematicuniverse.fandom.com/wiki/The_Things_We_Bury?oldid=1130006"
Community content is available under CC-BY-SA unless otherwise noted.