"Singularity is the defining moment."
"The point at which a measurable variable becomes infinite."
―Leo Fitz and Jemma Simmons[src]

The Singularity is the eighteenth episode of the third season of the television series Agents of S.H.I.E.L.D. and the beginning of the Fallen Agent pod.

The S.H.I.E.L.D. team is left reeling and decimated as Hive continues to sway Inhumans to his side. But there is a sliver of hope as Agents Fitz and Simmons follow a lead that may be able to stop the maniacal Inhuman once and for all.

Daisy Johnson's Escape from the Playground has decimated the base; as Alphonso Mackenzie walks around the facility, he sees Melinda May who informs him that all vital information has been transferred to the Zephyr One where Phil Coulson is stationed and insisting upon take-off despite the hangar doors not properly working. Coulson gives a speech to the others that Johnson is still one of their own, but under the sway of Hive, and will be rescued.

May uses her piloting skills to exit the Playground while the others discuss Johnson's addiction to Hive and the possibility that Holden Radcliffe can cure her.

While Leo Fitz and Jemma Simmons discuss the possibility of having a sexual relationship, May interrupts to give her a gun to use in the mission to procure Radcliffe.

Meanwhile, Johnson and Hive converse; the dark Inhuman uses the memories of Grant Ward during the conversation, but Johnson corrects his calling her "Skye".

Coulson deduces that Hive is building an army and Alisha Whitley would be an asset for him in that endeavor. Lincoln Campbell is allowed to go on the mission once he chooses to wear the Nanothermite Vest to prevent his betrayal. The agents soon realize that Whitley has already been visited when she tries to use a clone to kill Campbell.

In Bucharest, Fitz and Simmons meet Anon who says she will take them to Radcliffe. As they wait for the meeting, they talk about their relationship and compare it to a singularity and how everything will change once sex is involved.

JT James is visited by Johnson and Hive, who cannot possess Inhumans upon their death; James is sent through Terrigenesis so Hive can sway him to reveal where the companion piece to the Kree Orb is. Hive reveals that the components are the only thing that can destroy him.

Anon tells the couple that to prove the worth of themselves and the eye technology they offer to Radcliffe, they must perform an optic surgery on a living human, giving him the cybernetic eyes. Simmons realizes that it was a ruse and gets an audience with the scientist.

May and Coulson go to James' residence but it explodes. Coulson uses the force field shield in his prosthetic hand to protect them.

Hive and Johnson go to Bucharest and confront Simmons and Fitz, respectively, for Radcliffe. Hive uses the memories of Will Daniels while he talks to Simmons. Johnson uses her powers on Fitz, choking him, to convey that she has no desire to be "rescued" by S.H.I.E.L.D.; she promises no other warning. When Hive caresses Simmons' face, acting as Daniels, Simmons shoots him repeatedly and flees.

Returning to the Playground to watch, Coulson and May see Glenn Talbot using information procured from Gideon Malick to destroy all remaining HYDRA bases worldwide simultaneously.

Though Radcliffe was captured by Hive, who survived his gunshots rather easily, Fitz and Simmons use the hotel to start the next phase of their relationship.

Later, Hive reveals that he has bought a town in which Radcliffe can experiment freely. 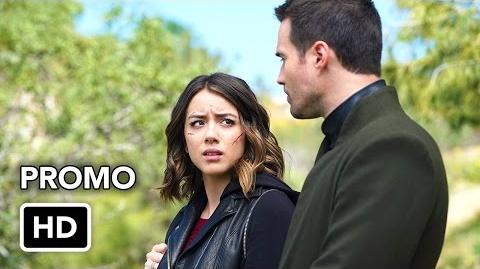 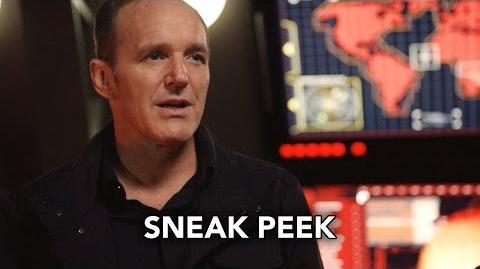 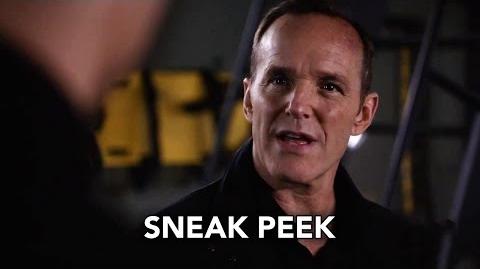 The Marvel Cinematic Universe Wiki has a collection of images and media related to The Singularity.