"How can you be sure he's going to Portland?"
"Daniels was obsessed with a woman there. He called her his only light in the darkness."
―Jemma Simmons and Phil Coulson[src]

The Only Light in the Darkness is the nineteenth episode of the first season of the television series Agents of S.H.I.E.L.D..

With their world turned upside down, Coulson races to save the life of his one true love as the mystery of "The Cellist," which began in Marvel's The Avengers, is finally revealed.

Grant Ward is being patched up by Jemma Simmons, being informed that he has suffered two broken ribs with his minor cuts and bruises. Leo Fitz also tries to explain that Ward's suffered a hairline fracture to his cheek bone, but is cut off by Antoine Triplett, who finishes the explanation to Fitz's amazement. Ward tells the team that when he got to the Fridge, HYDRA had overrun the place, took every valuable 0-8-4 and released the prisoners, including Ian Quinn.

Phil Coulson decides to head out to recapture the inmates before they can do some serious damage, as most of them have superpowers or just enhancements that make them dangerous. However, Eric Koenig is adamant against anyone but Coulson leaving as they first have to prove they are not HYDRA spies via a Lie Detector test. He goes on to explain that the device was built by Fury himself, hoping Black Widow could not beat it; Fury never did tell if she did. May, Skye, Fitz, Simmons and Triplett all pass the test; Koenig is impressed that Triplett is the grandson of a Howling Commando, but keeps it secret to avoid being favored. Ward manages to pass off any vitals that are erratic due to his pain from the wounds; he manages to convince Koenig that he is there due to having feelings for Skye.

Coulson elects to make their first target Marcus Daniels, a superhuman possessing the Darkforce; this allows him to absorb anything with energy, thus allowing him to kill with a touch. Daniels is obsessed with cellist Audrey Nathan, Coulson's former love interest. Coulson wants Audrey to move on, so he keeps out of sight, despite Simmons and Fitz's constant pestering. Meanwhile, Melinda May leaves the team after repairing the Bus, tired of Coulson not trusting her. After rescuing Nathan, they devise a plan to lure out Daniels. The group overloads him with energy, causing him to explode, and incidentally knocking out Nathan. Coulson briefly comforts her while she is only semi-conscious before withdrawing, as he plans to tell her he is alive someday. This leaves Nathan still unaware that Coulson was still alive, but rather with the conclusion "you see what you want to see".

Back at Providence, Skye discovers that the lanyards are being used by Koenig to track where they are in the building. Per her prompting, he agrees to help her hack the NSA to get eyes on the HYDRA Raid of the Fridge. Skye goes off to check on something, while an unsuspecting Koenig is snuck up on by Ward. Skye returns later, finding Koenig gone; Ward explains that he was busy checking the footage.

Left alone, Skye and Ward share about each others' lives, before having another kiss. Skye is a bit scared of forming an attachment, but Ward is all for a relationship. Skye excuses herself, having become suspicious of Koenig's absence; Ward takes this time to head to the kitchen, where he cleans blood that had dripped onto his ear. Skye tracks Koenig's lanyard to the storage room, where she finds his corpse in the vents. She hides in the bathroom, freaking out that Ward is HYDRA. Ward looks for her, but Skye finds him; appearing calm, she pretends to believe that he received orders from Coulson. They leave in the Bus.

Later, May is picked up by her mother Lian in Ontario, Canada, and is revealed to be searching for Maria Hill. 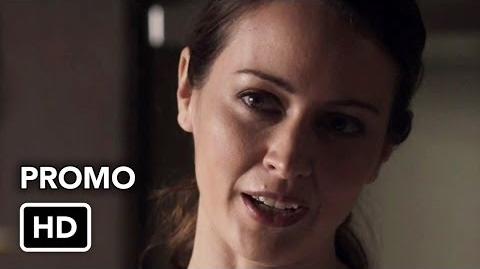 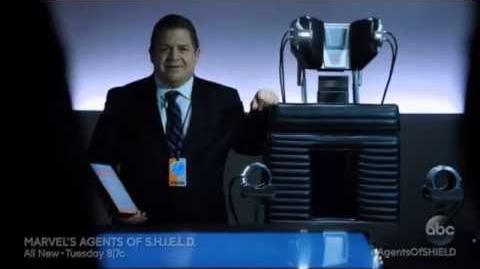 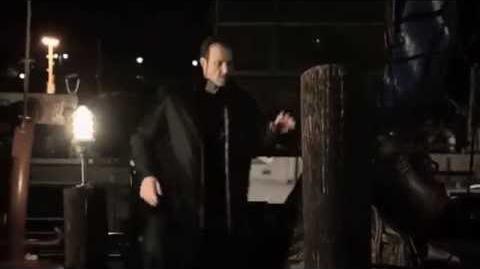 The Marvel Cinematic Universe wiki has a collection of images and media related to The Only Light in the Darkness.

Retrieved from "https://marvelcinematicuniverse.fandom.com/wiki/The_Only_Light_in_the_Darkness?oldid=1168405"
Community content is available under CC-BY-SA unless otherwise noted.