"I know you don't want to believe it, but you can't tell me nothing makes you doubt, makes you wonder what happened in Tahiti."
"It's a magical pla... I keep saying that."
"Don't you want to know why?"
―Raina and Phil Coulson

The Magical Place is the eleventh episode of the first season of the television series Agents of S.H.I.E.L.D..

Coulson uncovers vital information about the mystery of his death, but, with Centipede out for blood, this knowledge may come at the cost of one of the team!

Victoria Hand is assigned to lead S.H.I.E.L.D.'s efforts to rescue Phil Coulson, while his captors from Centipede Project torture him to learn the secret of his resurrection. Believing Skye to be untrustworthy, and after seeking Melinda May's input, Hand has Skye removed from the Bus. S.H.I.E.L.D. captures T. Vanchat, a black market dealer and an associate of Raina's. Ward manages to get Vanchat to supply S.H.I.E.L.D. with information on her, though a rather unorthodox interrogation. Meanwhile, Skye sets out on her own investigation. She impersonates May to trick and coerce Lloyd Rathman, a businessman of questionable dealings, to assist her into hacking into secure files.

Coulson is initially tortured by Edison Po, who tells him that the Clairvoyant couldn't glean the information they wanted because the Clairvoyant had been unable to sense Coulson since his resurrection. The Clairvoyant decides that Po's methods are ineffective, and kills him, after which Raina takes over Coulson's interrogation. She uses a scanning device to compel him to remember aspects of his being brought back to life. Coulson experiences flashbacks in which a reluctant J. Streiten and others operate on him. During the flashbacks, Coulson's skull cap is removed and his brain directly stimulated by a robotic apparatus, while Coulson begs to be allowed to die.

Coulson's team rescues him, after which he confronts Streiten, who tells Coulson he had been dead for days, not minutes, and was resurrected at the orders of Nick Fury. Streiten reveals that after his revival, Coulson had lost the will to live, and that the doctors manipulated Coulson's brain to give him false memories and restore him to the man he was before.

Meanwhile, Mike Peterson is alive, albeit badly burned, missing the lower half of his right leg, and now possessing an explosive surveillance eye implanted in him by someone working for the Clairvoyant. 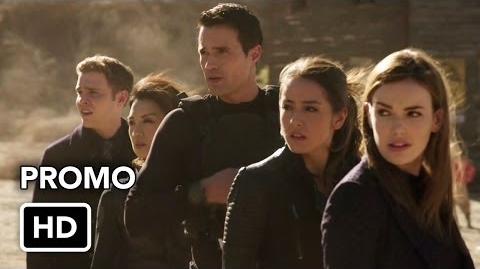 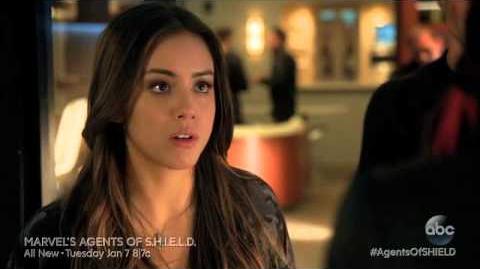 The Marvel Cinematic Universe Wiki has a collection of images and media related to The Magical Place.