The Lady in the Lake

The Lady in the Lake

The Lady in the Lake is the first episode of the second season of the television series Agent Carter.

Peggy moves to the City of Angels to help Chief Daniel Sousa at the West Coast Strategic Scientific Reserve (SSR) investigate a bizarre homicide involving an alleged killer and Isodyne Energy, and reunites with some familiar faces.

In 1945, the Lady of the Lake Killer murdered two women and dumped their bodies in Echo Park. Though Andrew Henry did an excessive manhunt, the killer was never found.

In 1947, after a year with no leads, Dottie Underwood has reappeared on the radar of Strategic Scientific Reserve. When she attempts to rob the Bowery Savings Bank, she gets ambushed by Peggy Carter and Jack Thompson. After a prolonged battle, Underwood is taken into custody. Carter wants to know why Underwood attempted to steal a lapel pin that was inside a vault. Two SSR agents comment on how impressive Carter is and how she is the only one who can break Underwood. Bitter at this resentment, he sends Carter over to Los Angeles, when Daniel Sousa, the Chief of the SSR's new West Coast Office, asks Thompson to send an agent as a backup. With Carter gone, Thompson takes over Underwood's interrogation.

Arriving in Los Angeles, Carter is reunited with Edwin Jarvis, who explains that Howard Stark moved to the West Coast after he acquired a defense contract, and since he liked Los Angeles, he opened up a new estate on the West Coast and is currently in the process of creating his own motion picture studios. To this end, Jarvis had relocated to Los Angeles as well, organizing Stark's estate, including his house guests, Carter and his flamingo Bernard Stark.

The case that Carter investigates involves Jane Scott, a scientist employed by Isodyne Energy, found frozen solid in Echo Park. The SSR was asked to learn why the woman and lake are frozen in the midst of a heatwave. Carter reports to Sousa, but tensions are high; the two tried to pursue a relationship but when he got transferred to California, Sousa lost touch with Carter. Assisting the two is Detective Henry, who is suffering from a summer cold. The three go to Isodyne Energy Headquarters after they see the body glowing and discover it was caused by a particle accelerator (from Isodyne Energy). Carter sneaks past the Receptionist and meets Jason Wilkes, a scientist there. He agrees to help in the investigation since he has an interest in Carter.

Wilkes tells Carter that Calvin Chadwick, his boss, was rumored to be sexually involved with Scott, but then Carter is discovered and thrown out. At Stark's house, Carter finally meets Ana Jarvis, who prepares a new outfit for Carter to use while she and Jarvis follow Wilkes' lead at the horse racetrack. However, when Carter talks to Chadwick, he refuses to cooperate, especially with his wife, the famed actress Whitney Frost, nearby. SSR agents, Wilkes, and Henry return to Meltzer to see what progress he has had on the autopsy, only to find him frozen to death.

Meanwhile, in New York City, Vernon Masters takes Underwood into FBI custody and tells Thompson, who was close to finding the truth from Underwood, that as his and his father's friend, he wants Thompson to look elsewhere for work since the last days of the SSR are coming.

Sousa and Carter find the autopsy report of Meltzer which states that the woman was stabbed and her shoes switched after she was frozen, a detail that only the killer and the police knew. Henry grows sicker and, when he freezes water from a fountain, abducts Wilkes, who noticed Henry, to give him a cure. Sousa and Carter chase the rogue cop, who was hired to dispose of the body of Scott and used the cold case of the Lady of the Lake killer to cover his crime. Henry is killed by another officer despite Sousa and Carter specifically stating that no guns are to be used, as the SSR wanted him alive for questioning.

Sousa orders the body to be transferred in the morning to the Auerbach Theatrical Agency for further investigation as to what was ailing Henry. Wilkes asks Carter out on a date, but she declines. Returning to the Agency, Carter asks Sousa out to have a drink, but he declines. Carter then watches as Sousa greets affectionately a woman outside. However, her mood is lifted when Jarvis pulls up, ready to drive her home.

Later, the officer who killed Henry is paid by Chadwick and Frost. After that, Wilkes stands watching a black substance contorting and moving in a large glass cylinder. 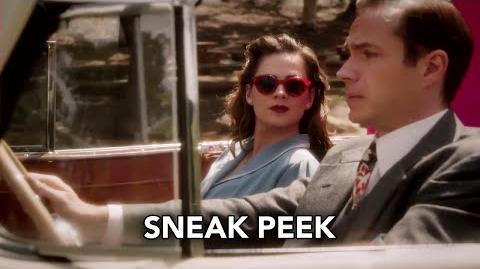 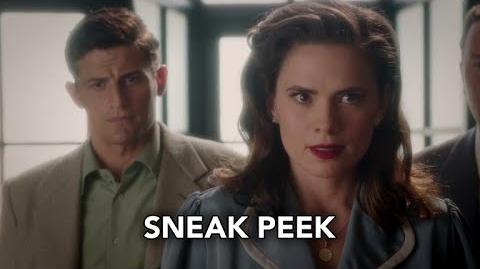 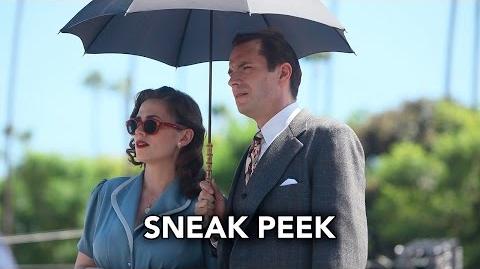 The Marvel Cinematic Universe Wiki has a collection of images and media related to The Lady in the Lake.