"He hit again last night. Two dead in the street."
"Who?"
"Ghost Rider."
―Felix and Quake

The Ghost is the first episode of the fourth season of the television series Agents of S.H.I.E.L.D., and the beginning of the Ghost Rider pod.

Ghost Rider is coming, and S.H.I.E.L.D. will never be the same.

R. Moore, D. Anderson, M. Scott and T. Mitchell of the Aryan Brotherhood steal and deliver a crate containing Lucy Bauer. In their getaway, they are attacked by Quake, who slows them down. Suddenly, Robbie Reyes drives up and transforms into Ghost Rider when Moore fires a rocket at him. He brutally murders Moore and Anderson, then kidnaps Mitchell, before getting in the Hell Charger and driving away. Johnson, who could do nothing but watch in horror, is forced to escape when the LAPD arrive.

The next day, Melinda May sends a request out to the Zephyr One to return to the Playground. Phil Coulson and Alphonso Mackenzie return as May is training a new team of specialist agents. She reveals to them details of the Ghost Rider incident, and in private, tells them Quake was there. She also reveals the officials are tracking Johnson with the intention of killing her.

Meanwhile, Johnson breaks into Scott's hospital room to question him about the crate and Ghost Rider, although he passes away. Back at the Playground, Coulson and Mack visit Leo Fitz and Jemma Simmons. Fitz gives them new equipment, including an update for Phil Coulson's Prosthetic Hand.

Fitz meets with Holden Radcliffe to watch the 2016-17 Scottish League Cup finals. However, when Radcliffe steps out of the room, Fitz discovers Aida in her new Life-Model Decoy. Fitz begins to panic because Radcliffe had built her body without permission and could get arrested.

Quake continues research into the Ghost Rider in an attempt to find him. She meets Yo-Yo Rodriguez on a bus to receive pills that she stole from S.H.I.E.L.D.

Coulson and Mackenzie go to Canelo's Auto and Body to investigate. They find bodies brutally murdered. Reyes, suspecting they are here for the Ghost Rider, murders Mitchell, whom he's been torturing for information, to cover his tracks.

Chen opens the box with Lucy Bauer, allowing her to escape and infect him. The infection causes him to hallucinate his co-workers with demonic faces. Melinda May and the STRIKE team arrive to arrest them. Unknown to May, Bauer infects her before fleeing.

Quake, having found Robbie Reyes' location, meets him at Canelo's Auto and Body to misdirect information out of him. Reyes attempts to subdue her unsuccessfully, and Johnson reveals her powers. After questioning him, Reyes transforms into Ghost Rider and attempts to kill her. However, Johnson manages to keep herself alive, and the Rider, peeking into her soul, decides to let her live.

The next day, Robbie Reyes picks up Gabe Reyes, his crippled brother, to hang out with him for the day. Quake watches from a safe distance.

Melinda May discovers her infection caused by Lucy Bauer, hallucinating Phil Coulson with a demonic face. 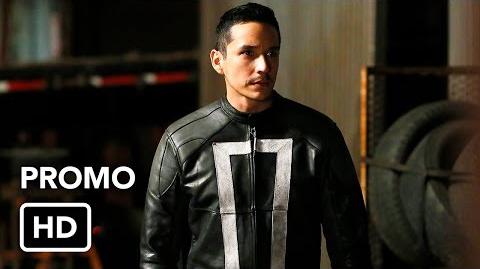 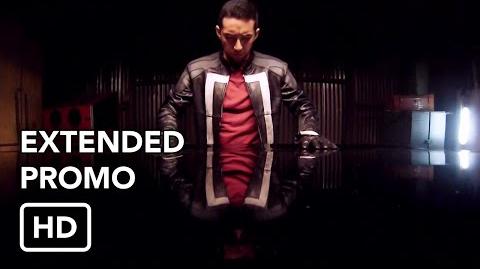 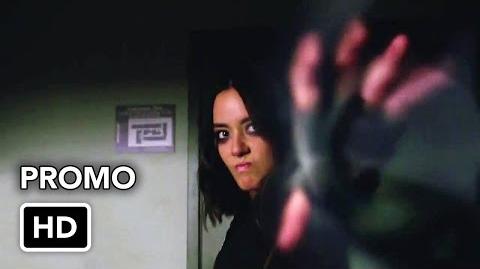 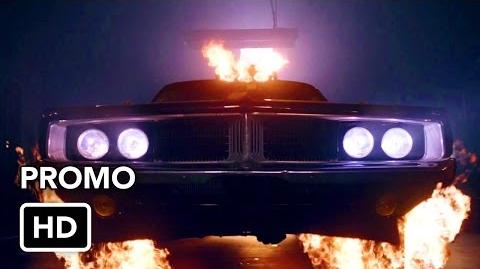 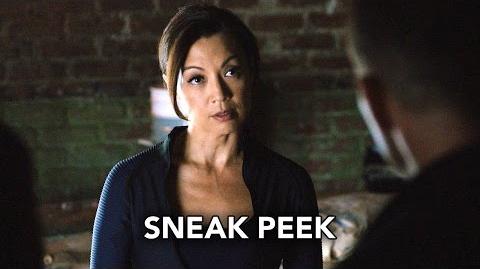 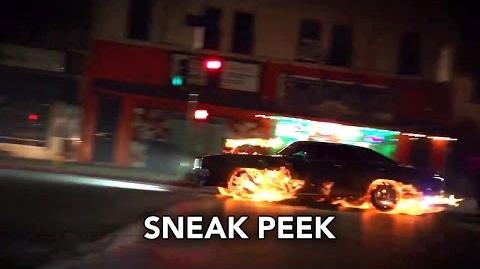 The Marvel Cinematic Universe Wiki has a collection of images and media related to The Ghost.