The Force of Gravity

The Force of Gravity

"Gravity. It doesn't just make you crash and burn, darling. It also makes you ascend... to the heavens."
―Glenn Talbot to Polly Hinton

The Force of Gravity is the twenty-first episode of the fifth season of the television series Agents of S.H.I.E.L.D..

Daisy's future as the Destroyer of Worlds could take a critical change.

Quake awakens in what appears to be the Confederacy meeting room and encounters the Kree Taryan. Taryan introduces himself and expresses his intent to take Quake as his disciple, promising that she will be able to use her powers at their full extent. However, Quake refuses to follow Taryan as she already had to deal with his sons Kasius and Faulnak in the future.

Quake attempts to attack Taryan to escape. However, Taryan explains that she is actually still unconscious, and that the Confederacy uses an Astralscope to project her consciousness in a simulation. While Taryan expects Quake to submit eventually, Quake channels enough willpower to break from the illusion and awakens in the real world, where she takes down the Remorath restraining her.

Meanwhile, Phil Coulson and Melinda May are locked up in a cell by Qovas, and warns them that he has Ionizer Missiles aimed at the Lighthouse. Qovas returns to Glenn Talbot, who decides to leave to find more Gravitonium. Talbot infiltrates the Zephyr One, which is still docked to Qovas' Ship, and murders Agent Kim before stealing the Quinjet. Deke Shaw and James Davis witness the attack and inform Alphonso Mackenzie that Talbot has turned against them and sides with the Remorath.

In response, Mackenzie goes to see Jemma Simmons and Leo Fitz, who worked on the Centipede Serum and Jiaying's DNA to find a cure for Coulson. Mackenzie informs them of the recent developments regarding Talbot and instructs them to find a solution, although Mackenzie and Fitz are still in a tense relationship. Simmons envisages to combine the Centipede Serum with the Odium they reclaimed from Qajax to have a way to permanently stop Talbot.

Coulson and May search for an exit in their cell all the while discussing about what Talbot has become. Thanks to Phil Coulson's Prosthetic Hand, they locate a mechanism which opens the door. The guard attempts to attack them, but he is killed by Shaw, who infiltrated the spaceship to rescue his friends. Shaw, Coulson and May are then reunited with Quake.

The team decides to split up. May and Shaw have to remain in the spaceship to deactivate the missiles while Quake and Coulson will leave with the Zephyr One. Coulson disagrees, stating that they have to remain together. As he and May argue, a Remorath attacks, prompting Coulson to protect May with his Energy Shield. They share a passionate kiss while Quake takes down the Remorath, and Coulson eventually agrees to the plan.

May and Shaw successfully reach the missiles' control systems and change the target towards the spaceship itself. As Qovas arrives to kill them, May manages to withstand his assaults while Shaw loads the coordinate of the Lighthouse into the ship's Phase Harmonic Teleportation Device. Unaware that the target changed, Qovas launches the missiles. May and Shaw reveal their trick before teleporting away, leaving Qovas to die in the destruction of his spaceship.

Coulson and Quake return to the Zephyr One, which is attacked by the Remorath. They successfully take down their opponents, enabling Davis to take the plane away so they can return to the Lighthouse. However, during the flight, Coulson faints as his condition worsens.

Talbot goes to visit Carl Creel in the hospital he is resting. Much to Creel's surprise, Talbot claims that he absorbed the Gravitonium and that he has a way of silencing the voices of Ian Quinn and Franklin Hall Creel keeps hearing. Talbot allows Creel to absorb the properties of the Gravitonium from his own organism, but he soon turns on Creel and absorbs him entirely so he can have more Gravitonium. In the Lighthouse, Mackenzie and Yo-Yo Rodriguez get video feed of the attack and resolve to stop Talbot.

Talbot returns to his home to see his wife Carla and his son George, revealing his new powers. However, Carla senses that something is not right. She discretely informs S.H.I.E.L.D., but Talbot realizes it and attacks his own wife, pinning her against a wall and intending to absorb her. However, he interrupts when Mackenzie and Rodriguez, along with several other S.H.I.E.L.D. agents, arrive to confront him.

Mackenzie and Rodriguez confront Talbot, who uses his powers to crash the S.H.I.E.L.D. cars and to block their bullets. However, George arrives and tells his father that he is not a hero. Disappointed but resolved to convince his son that he is a good person, Talbot flies away to keep up on his plan to power himself up and, according to him, save the world. He then kidnaps Robin Hinton and her mother Polly so the young Inhuman can guide him to the Gravitonium.

The team gather in the Lighthouse, where Coulson is unconscious, but still alive. They discuss their current situation, noting that Fitz and Simmons can successfully create a cure. However, they also mention the case of Talbot. Fitz tells a team about the possibility to use the Centipede Serum with the Odium to kill Talbot. However, Quake tells them that they cannot do so: there is only one dose of Centipede Serum. Therefore, the team can either save Coulson with it or use it to stop Talbot and save the world, but they cannot do both, leaving them with a crucial dilemma. 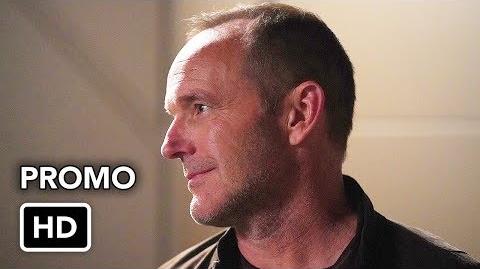 The Marvel Cinematic Universe Wiki has a collection of images and media related to The Force of Gravity.