The Dirty Half Dozen

The Dirty Half Dozen

"This is great. We finally got the team back together."
―Grant Ward

The Dirty Half Dozen is the nineteenth episode of the second season of the television series Agents of S.H.I.E.L.D..

Gonzales and Coulson must find a way to put their differences aside and work together against HYDRA, even if it means teaming up with someone they don’t trust.

In Afterlife, Raina has a nightmare from which she abruptly wakes up, only to find Jiaying in her room. Before Raina can tell of her dreams, Calvin Zabo, Daisy Johnson and Gordon return following the Battle at Calvin Zabo's Building. Zabo confronts Jiaying about her intent to take him away from his daughter before being sent away and Gordon informs them that Lincoln Campbell has been captured by HYDRA. However, Jiaying refuses to send help to rescue him as it would be too dangerous for the Inhumans. In the meantime, Campbell and Deathlok find themselves prisoners in the Arctic HYDRA Research Facility, where they are monitored by Sunil Bakshi and List, who intends to experiment on them, removing Deathlok's eye.

Robert Gonzales meets Phil Coulson in the Bus and Coulson insists on joining their forces in order to fight against HYDRA, agreeing to hand over Nick Fury's Toolbox to Gonzales in exchange for his cooperation. Therefore, the S.H.I.E.L.D. agents from both factions, accompanied by Grant Ward and Agent 33 gather at the Playground although the S.H.I.E.L.D. agents are reluctant to work with Ward, Jemma Simmons even assuming that they should be ready to kill him. Coulson's plan is put it to a vote, but Melinda May asks to speak with Coulson in private before making her choice. May confronts Coulson about the Theta Protocol, but Coulson refuses to disclose any information about it. Eventually, May agrees to follow Coulson's plan.

The S.H.I.E.L.D. team prepares to head to the HYDRA base. Gonzales refuses to allow Bobbi Morse to join them as he is not willing to sacrifice any of his agents. Simmons manages to join the team, secretly taking a Splinter Bomb with her. Aboard the Bus, they are joined by Skye, who manages to convince Gordon to teleport her thanks to Raina's vision. While Ward explains the details of the mission, the others blame him about all the wrongs he committed, but they ultimately decide to work together. S.H.I.E.L.D. decides to sacrifice the Bus, leaving the plane to be destroyed by the HYDRA defenses while they leave on a free falling Quinjet.

The S.H.I.E.L.D. team storms the HYDRA base, where they meet Bakshi, who is still working for Ward. The team splits up. Skye, Simmons, and Ward find Deathlok, who informs them that Campbell has been taken elsewhere. While Skye manages to rescue him in time, Simmons tries to kill Ward with her Splinter Bomb, but Bakshi intervenes and is killed instead. Ward expresses his disappointment to Simmons but does not hurt her, simply leaving instead. Meanwhile, Leo Fitz deactivates the base's defenses and Coulson retrieves secret information in the HYDRA computers.

At the Playground, Lance Hunter forgives Alphonso Mackenzie for his actions, Morse talks to Agent 33 about the time back when she was a S.H.I.E.L.D. agent and all the top S.H.I.E.L.D. officers watch the success of the whole operation. When the team returns, Ward calls Coulson and asks him to look after Agent 33. Deathlok is sent to another facility so that his leg can be fixed. Coulson hands over the Toolbox to Gonzales, casually informing him that Fury is still alive. Right after that, Coulson is called by Maria Hill, so he provdes her with the intel about the Scepter he reclaimed in the HYDRA base, which will lead to the Attack on the HYDRA Research Base. Coulson decides that it is the time to enact the Theta Protocol and tells her to assemble the Avengers.

In Afterlife, Jiaying and Raina discuss the latter's powers, but Raina has another vision in which she has a glimpse of the Scepter and the destructions by the men of metal. 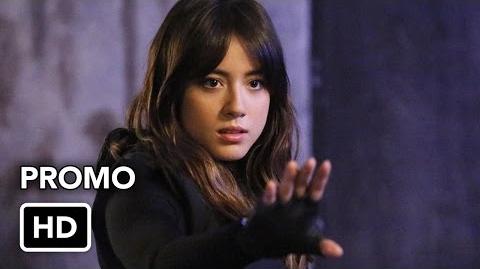 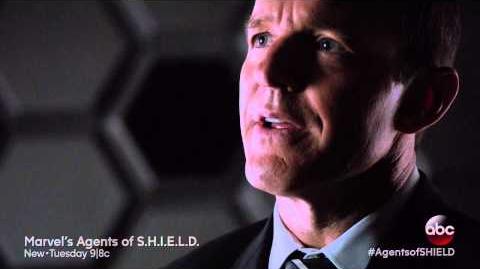 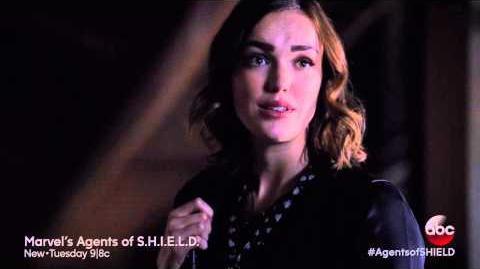 The Marvel Cinematic Universe Wiki has a collection of images and media related to The Dirty Half Dozen.