"Look, I know Union Station could have gone another way. Another team might not have let me out of there alive. I owe you, all of you."
"That's bygones and water under a distant bridge far away."
―Mike Peterson and Skye

The Bridge is the tenth episode of the first season of the television series Agents of S.H.I.E.L.D..

In a shocking cliffhanger episode, Coulson takes the war back to Centipede, and this time he brings in Michael Peterson for some super-soldier support. As they get closer to the truth, startling secrets are revealed and an unexpected twist threatens the team.

Phil Coulson recruits Mike Peterson to his team for super-soldier support, during which soldiers working for the Centipede Project spring Edison Po from prison following their perfection of the Centipede serum. Coulson's Team traces a Centipede-powered soldier Brian Hayward to an abandoned factory, and walk into an ambush by a squad of Centipede-powered soldiers. When Po and Raina see that Peterson still has his powers despite not having had an injection in quite some time, they realize he is the key to Stage 3 of their plan.

Coulson's team discover that the soldiers were subjected to the same eye procedure to which Akela Amador was subjected. Po tells Raina that he informed the Clairvoyant about her. She asks who the Clairvoyant was, to which he replies that the last person who tried to learn the identity of the Clairvoyant had received a knife in the eye.

Meanwhile, as Skye investigates the mystery of her parents, Coulson and Melinda May hide information they believe would be dangerous to her.

Nonetheless, Coulson, to save Ace's life, agrees to be taken. After the exchange, Peterson tries to rescue Coulson, but Centipede sets off an explosion, in which Peterson is presumed dead. After Raina escapes with Coulson, she tells him that he simply needs to give Project Centipede the information regarding how he came back to life the day after he died. 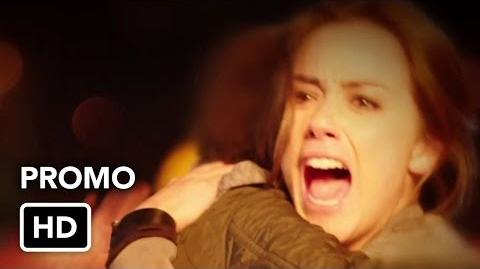 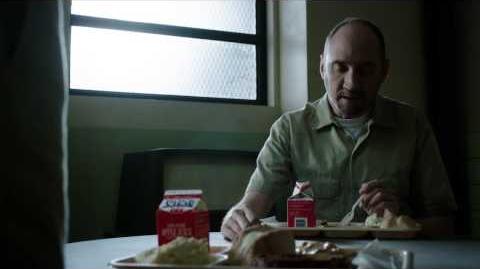 The Marvel Cinematic Universe Wiki has a collection of images and media related to The Bridge.