The Avengers: The Movie

The Avengers: The Movie

The Avengers: The Movie[1] is a cancelled video game loosely based on the film of the same name.

Rather than a direct adaptation of The Avengers, the game had a largely original story. It featured the Avengers embarking on an international mission to protect the world from a surprise invasion from a shape-shifting alien race called the Skrulls.

The story would have begun with a large mothership seizing New York City, led by Veranke, the Skrull Queen, who would have disguised herself as Spider-Woman to infiltrate S.H.I.E.L.D. (just as she did in Secret Invasion). The ship would be controlled by Skrull Priests, a league of powerful religious warriors attempting to use it to conquer various major cities and locales. A large part of the invading army consisted of Super Skrulls, larger and stronger soldiers who could mimic the abilities of their enemies. They came in many forms, including versions based on Wolverine and members of the Fantastic Four. The goal of the Skrulls was to capture every superhero on Earth, enslave them and feed off their power to rule with an iron fist. They also removed the Fantastic Four from Earth's defense by engulfing the Baxter Building in a portal to the Negative Zone.

The game featured four main characters: Captain America, Iron Man, Hulk and Thor. As players made progress, other heroes were unlockable such as Black Widow, Hawkeye, Captain Marvel and War Machine. It featured locations such as the Triskelion, the Helicarrier, Manhattan and the Savage Land as well as characters like Nick Fury and Maria Hill. The climax would be a showdown with Veranke and a gigantic Super Skrull that had been the result of underground experiments.

While the Skrulls were the main antagonists, there were also side threats such as a newly rogue Ultron and Vision. This part of the story would involve Hank Pym attempting to stop the twisted plans of his rebellious creations. Baron Zemo was also featured.[2]

In 2010, THQ acquired the rights to produce based around the Avengers property, set to launch within the same year as the film of the same name on Xbox 360, Playstation 3, PC, and Wii U. Pre-production began in August 2010 at THQ Studio Australia in Brisbane.

When it first entered development, it was planned to be a first-person action game with an all-star line up of heroes. A very basic prototype featuring Captain America was made to test how it would handle, after which the game changed course dramatically. The developers came to the conclusion that there was already a long history of games third-person action adventure games based around Marvel properties, and rather than adding to this they were looking to do something completely different. At this point they went back to the drawing board and re-imagined the game as a first person action game showing players the world through the eyes of each hero, making it the first ever superhero game to fully embrace this perspective.

Co-operative play became a big focus, with the aim of encapsulating the dynamics of teamwork featured in the Avengers comics. Players would have been able to tackle missions with up to players locally via splitscreen, online or any combination of the two. Thus many of the mechanics revolved around teamwork between each hero, including a Gears of War-esque revival system. With many varying abilities such as the Hulk's brute strength and Iron Man's flight, each Avenger brought something different to the table from a gameplay perspective. They were also able to assist each other by stunning enemies and allowing other team members to perform finishing attacks, such as Thor summoning a barrage of lightning to immobilize enemies allowing Captain America to deliver the final blow with his shield. Players could also perform elaborate combos between one another and use hero boosts to buff up fellow Avengers for a limited time.

Comic book writer Brian Michael Bendis was hired to write the narrative for the game, which ended up having many similarities to the Secret Invasion storyline from the comics, which he also wrote.

In the game's early days, the art direction for the game leaned towards a more classic, vibrant, old school style before settling on visuals more akin to that of Ultimate Marvel. Jeremy Love, one of the main artists on the game, stated that the look was inspired by the Marvel Cinematic Universe, with arts the team being given access to early concept art from The Avengers and basing much of the designs in the game around it. An action figure of a Skrull soldier based on art for the game was released as part of the toy line for the film.

Development progressed smoothly into the first months of 2011, but they were still racing to meet deadlines despite having a team of 80 staffers. To stay on schedule, a chunk of the game was outsourced to another Australian subsidiary of THQ; Bluetongue Entertainment. Bluetngue were responsible for much of the PC build, as well as environment work, predominantly on the Helicarrier. There were plans for console-exclusive features, such as Avengers Academy on the Xbox 360 version in which players would control a rookie superhero alongside key Avengers, but this was abandoned in pre-production.

Work on the game continued into mid-2011, when circumstances involving THQ's financial situation placed the company and the project in jeopardy. Due to the company's repeated failures and the changes in the Australian economy, the game was shelved. The core developers formed a contingency to keep it going, but THQ refused to pay for the project themselves. The developers then went directly to Marvel, who were not willing to back such an expensive venture despite being impressed by what the team had achieved.

When asked if there was a chance of the game ever being resurrected, Brian Michael Bendis replied: "I wouldn't think so. It's a generation past tech wise. It was cool. It is cool. And I will NEVER understand how they let that one sink and not sell it off when the whole company folded."[2] 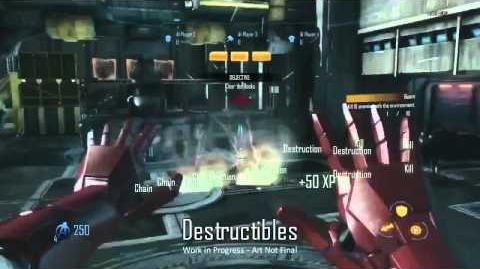 The Marvel Cinematic Universe Wiki has a collection of images and media related to The Avengers: The Movie.
Community content is available under CC-BY-SA unless otherwise noted.
Advertisement