The Avengers: The Avengers Assemble is a book based on the film The Avengers. The audiobook version is narrated by Tom Taylorson.

Nick Fury and S.H.I.E.L.D. are faced with a foe no single person can defeat. So Fury sets out to bring together Earth's Mightiest Heroes and form the Avengers! Join Iron Man, Captain America, Thor, the Hulk, Black Widow, and Hawkeye as they battle the Asgardian trickster known as Loki, who plans to unleash a dangerous and powerful force upon the Earth. If Loki succeeds, the world as we know it will change forever-for the worse. Can the Avengers work together and rescue mankind from this vile villain's cruel grip? Or will Loki disassemble this new team and become ruler of Earth? 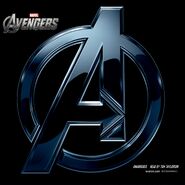