"A few minutes ago a S.H.I.E.L.D. transport was attacked while carrying a priority red protected asset off Route 76 near Sterling."
"Priority red?"
"The asset was Canadian physicist Dr. Franklin Hall."
―Phil Coulson and Jemma Simmons

The Asset is the third episode of the first season of the television series Agents of S.H.I.E.L.D.

When the brilliant scientist, Dr. Franklin Hall, is kidnapped, Agent Coulson and his S.H.I.E.L.D. agents must race against the clock to locate him. Skye is their only way in–pushing the team to their limits when the entire plan turns upside-down.

A S.H.I.E.L.D. convoy, driven by Mack, is attacked by an unknown force that throws the cars off the road, and even lifts the semi truck, dropping them with incredible force. With the convoy destroyed, soldiers appear on the scene and cut open a safe concealed in the truck, revealing Franklin Hall inside.

Meanwhile, on the Bus, Grant Ward is training Skye in combat. Skye complains and whines that Leo Fitz or Jemma Simmons probably didn't have to do this regime, only to hear Fitz and Simmons describe what their supervising officer made them do which included reciting chemical compounds each morning, which makes Ward's point. Ward then tells her that she will eventually have a defining moment: a point in which she will commit or quit. Skye asks Ward what his defining moment was, but he refuses to tell Skye, who then threatens to use the truth serum on him again, only for Ward to claim that it was not a real truth serum.

The team is then called to the briefing room where Phil Coulson tells the team that Hall, who was S.H.I.E.L.D. asset, had been kidnapped. Fitz and Simmons are greatly upset, and remember Hall as their second-year chemical kinetics advisor. Ward asks about the attackers, only for Coulson to say they were invisible.

The team goes to the site, where Mack recounts the incident and claims that what was most startling about the attackers was that they knew the route of the convoy, meaning someone from inside S.H.I.E.L.D. must have tipped them off. Meanwhile, Simmons discovers a strange object, which seems to disrupt the gravity of everything around it. Back on the Bus, Fitz and Simmons explain that the object they found was made of a rare element called Gravitonium, which disrupts the gravity fields of anything it comes in contact with.

Meanwhile, Ward and Coulson interrogate Todd Chesterfield, who reveals he sold his equipment to the attackers and that they paid him in gold. Fitz and Simmons analyze the gold to track down the mine it came from, revealing the mine are owned by Quinn Worldwide CEO Ian Quinn.

In Malta, Hall and Quinn meet, revealing they are old college friends. Quinn reveals to Hall that he found Gravitonium, and asks Hall to help him complete his experiments.

Meanwhile, the team tries to figure out how to extract Hall without causing an international incident. Skye says that she can go in, pointing out the fact that she was not a S.H.I.E.L.D. agent, so can enter without breaking international law. Ward protests, claiming she doesn't have the training. Skye then reveals that she managed to obtain an invite from her phone.

Later, Ward protests about letting Skye go on the mission. Coulson asks Ward if he is worried about her safety or her loyalty. Ward claims both, noting the fact that the Rising Tide was the reason she got the invite and claims she has broken many protocols, only for Coulson to point out that it is her job to avoid protocol and find backdoors no one else can. Coulson determines that something else is bothering him, Ward then claims that Skye is holding back and tells Coulson he's tried being nice and hard on her and says he needs a new strategy. Coulson tells Ward to use no strategy and instead of acting like an operative tells him to act like a person and claims that Skye might let his more human side help her.

In the cargo area, Ward tries to train Skye in disarming, but she still isn't committing, often joking around. Ward tells her that without the proper self-defense skills she is going to die and leave the team hanging, but Skye claims that she is not naturally fit for combat like him. Ward then tells her that when he was young he had an older brother "who beat the crap out of me" alongside his younger brother, and tells her he had to train to protect him and his brother and claims he is doing the same thing for Skye. She apologizes and finally decides to commit.

In the briefing room, the team goes over the plan: Skye will enter the party and use a make-up compact which, when put near a computer, will allow Fitz to hack the laser defended force field allowing Coulson and Ward to infiltrate the compound and extract Hall.

Skye arrives, and with help from Melinda May, Fitz, and Simmons manages to infiltrate the party without rousing suspicion. Eventually, she makes her way to Quinn, and after a conversation, Quinn tells Skye he's willing to offer her a job. As Quinn makes his speech Skye sneaks into the mansion but is caught by Quinn. However, she manages to trick Quinn into believing that she is betraying S.H.I.E.L.D. to get his guard down. Quinn tells Skye she fits S.H.I.E.L.D. profile: a criminal, specialized skill set, and no family, a remark that gets to her. Quinn apologizes but tells Skye that all S.H.I.E.L.D. does is take in people who have nowhere else to turn and offers to take her in so long as she tells him what agenda S.H.I.E.L.D. sent her in with.

Remembering the device Fitz gave her, Skye plants it on the table allowing Coulson and Ward to get through the security barrier. The two then part ways as Coulson goes to save Hall and Ward goes to get Skye. Quinn, realizing he's been tricked, threatens Skye and tells her to tell him what they are doing.

Back at the bus, May finally traces the leak and discovers that Hall himself gave up his position. Coulson makes his way to Hall and tries to convince him to leave, but Hall claims that the Gravitonium is too dangerous to be in the hands of S.H.I.E.L.D. or Quinn. Hall plans on sinking the complex with the intention of destroying the Gravitonium and Quinn. Coulson realizes that if Hall succeeds, thousands of people will be killed.

Meanwhile, Skye, using the skills taught to her by Ward, manages to disarm Quinn and escape. Quinn, realizing Hall's plans, tells his men to prepare the chopper. Skye is caught by guards but is rescued by Ward. Hall and Coulson argue with Hall claiming S.H.I.E.L.D. is just as guilty as Quinn noting that their experimentation with the Tesseract brought the Chitauri invasion.

Coulson, realizing that there is no choice, shoots the glass beneath them, causing Hall to fall into the Gravitonium, apparently atomizing him.

Back at the Bus, Coulson orders a S.H.I.E.L.D. agent to put the Gravitonium in the Fridge, a S.H.I.E.L.D. detainment and storage facility and claims he wants nobody to know about its existence, honoring Hall's wishes. Meanwhile, in the cargo area, Skye is training and reveals to Ward that when she was 9, she stayed with a foster family called the Brodys whom she wanted to like her, only to be sent back a month later. Ward tells Skye that they will not turn their backs on her, but Skye says it does not matter and claims she wants to learn.

Later at the Fridge, a hand emerges from the Gravitonium hinting that Hall may still be alive. 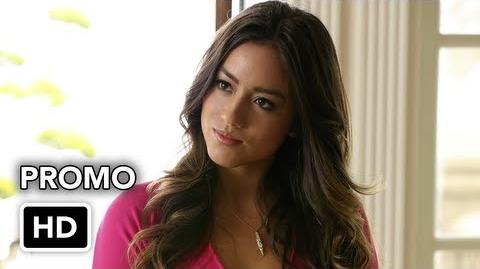 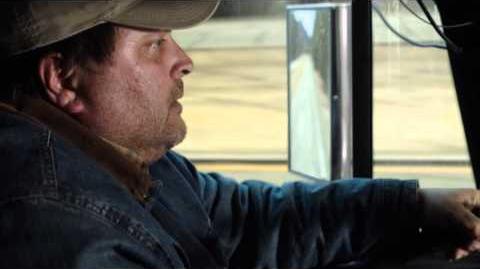 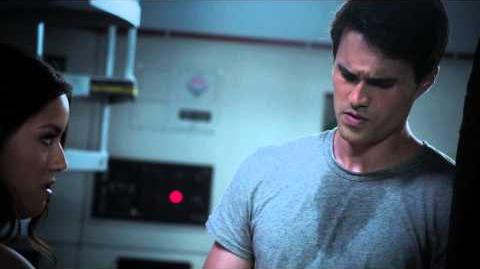 The Marvel Cinematic Universe Wiki has a collection of images and media related to The Asset.