"S.H.I.E.L.D. found the train. Turns out it switched tracks shortly after we got off. That grenade must have released some kind of toxin. Made us believe no time had passed."
―Phil Coulson to Melinda May

T.R.A.C.K.S. is the thirteenth episode of the first season of the television series Agents of S.H.I.E.L.D..

Hot on the trail of the Clairvoyant, Coulson and his team board a mystery train that seems to be headed for certain death.

In order to find the Clairvoyant, the team boards a train in Italy, on which a Cybertek Inc. security group led by Carlo Mancini was shipping a ten million dollar package to Ian Quinn. The team takes over the mission for an Italian police member named Luca Russo. The team splits into groups, with Phil Coulson and Jemma Simmons posing as a father and daughter, while Leo Fitz and Skye work with Grant Ward and Melinda May to track down the package.

However, the group is exposed, leaving Coulson and Ward to flee the train. May also goes missing, having been captured by Luca Russo and tortured for information. May manages to escape, and returns to the Bus, where she informs Coulson and Ward that they had been sold out by Russo. May swiftly kills said offender.

The team finds the train and Simmons, but Fitz and Skye are gone, having disembarked to track the package to Quinn's mansion. In the basement, Skye is confronted by Quinn and Mancini, who reveal that Mike Peterson is alive, having been kept in a hyperbaric chamber. Mancini opens the package containing a high-tech prosthetic leg which he then fits onto Peterson's amputated right leg.

To test Peterson's obedience to the Centipede Project, Quinn orders him to kill Skye. He refuses, stating that Skye is not who he is supposed to kill. Instead, Quinn then shoots Skye twice in the stomach and leaves her for dead, stating that he has his own orders. Peterson then executes the Cybertek security team because they led S.H.I.E.L.D. to the mansion.

Quinn walks right into a S.H.I.E.L.D. raid on the mansion. Quinn is arrested, but Skye is left near death. Simmons can only sustain her temporarily by placing her into Peterson's hyperbaric chamber. Peterson has gained his new prosthetic leg through "Project Deathlok." He secretly observes his son at a playground and requests through his robotic eye that his handler let him see his son, by writing on a piece of paper for the handler to read. He receives a response of "not yet." 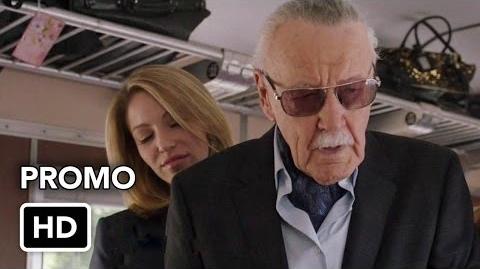 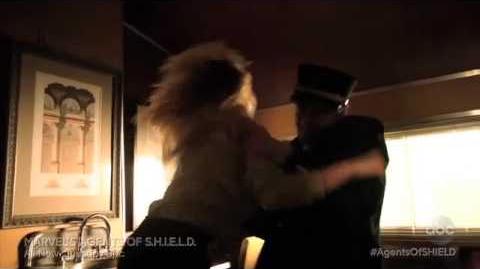 The Marvel Cinematic Universe Wiki has a collection of images and media related to T.R.A.C.K.S..