"There are doctors who brought me back from the dead. If they can do that, I'm betting they can save Skye."
―Phil Coulson and Melinda May

T.A.H.I.T.I. is the fourteenth episode of the first season of the television series Agents of S.H.I.E.L.D..

Coulson goes on the attack to save Skye--enlisting the aid of Ward's former S.O. John Garrett--and uncovers shocking truths about his own life and S.H.I.E.L.D..

After being shot and on the brink of death, Skye struggles to survive. The team enters a S.H.I.E.L.D. Trauma Zentrum and Simmons explains to the doctors what happened. The doctors say that the only reason Skye was still alive was that they had put her in a Hyperbaric Chamber.

The team argues about whose fault it is, while Phil Coulson tries to contact Nick Fury for "answers that only he can give." Melinda May ends the argument, stating that only Quinn was at fault for having shot Skye.

Jazuat returns to bear bad news. The damage is too great and Skye will only remain alive on life support. In grief, May returns to the Bus and begin to beat Ian Quinn senseless to his utter dismay, saying she "can't do that." May responds "Why? Because you're defenseless? Like she was?" Coulson orders her out, and orders that they would now look for a way to save Skye's life, like the doctors did to him. Coulson explains to Ward, Fitz, and Simmons what actually happened in Tahiti.

They start the mission, and the Bus receives a transmission from nearby planes that they would be boarding and taking control because of their failure to relinquish Quinn to the Sandbox.

Coulson greets Grant Ward's former S.O. John Garrett as he boarded the plane and asked for Quinn. Coulson explains to him the situation and convinces him to help them save Skye, but not before a fight breaks out between Ward and Garrett's new trainee Agent Antoine Triplett. Coulson and Garrett stop the fight, explaining that Garrett convinced HQ to let him interrogate Quinn on the Bus itself.

Leo Fitz and Jemma Simmons read Coulson's file and are shocked by the process that brought him back to life. The process is almost unbelievable to them because it utilizes many drugs that Simmons cannot even recognize. Simmons wonders if the price for bringing Coulson back was too much and if they really should try it with Skye. Fitz points out that Skye is not dead yet. Simmons receives a call and hears some surprising news.

Garrett and Coulson enter the box to interrogate Quinn, who explains that he isn't feeling very cooperative because his "head is still buzzing from the last visitor." Garrett shows he is not playing games by grabbing Quinn's tongue as he is speaking, and threatens to tear it out. They begin to question him regarding the Project Deathlok.

Quinn tells them that the last person to ask about that program wounded up with "two in the stomach", to which Coulson almost punches him. Coulson asks if he shot Skye because she saw what they were delivering to him, and Quinn responds that he did it because the Clairvoyant told him to.

May is called in by Simmons, who tells her that J. Streiten had gone off the grid. She explained that Coulson was never treated in Bethesda, because the room, doctors, everything about the operation does not actually exist. The file is full of lies.

Back in the interrogation room, Garrett wonders why Quinn would believe in psychics. He explains that he didn't at first, but then he realized it would be mutually beneficial. Coulson argues that the Clairvoyant must have had something pretty deep on Quinn to make him shoot an unarmed girl. Quinn explains several occurrences about Garrett's Team as proof of The Clairvoyant's powers. He says that The Clairvoyant saw everything, except how Coulson returned. It is revealed that The Clairvoyant planned all of it so that Coulson would dig deeper into his death and return in order to save Skye.

Simmons explained to Fitz that Skye is deteriorating, and only a drug, known as GH.325, seemed to regenerate Coulson's cells. Simmons says she does not believe it is possible to find it, and Fitz says he may be able to help with that. They use the Echo Chamber, to access the Triskelion's archive. Fitz states that they may be able to find travel records in what seems to be a large electronic library.

They find a place called the Guest House that may have been where Coulson was taken because it was opened only once by a level 10 operative, who would have to have been Fury himself. They find themselves trying to open an encrypted file, wondering what Skye would do in their situation. They realize it is not an encryption, but a location hidden within the location of the numbers.

Garrett, Coulson, Fitz, and Ward prepare to enter the Guest House, which is not a S.H.I.E.L.D base, figuring that there might be hostiles. Agents Triplett and May are left aboard the Bus in case their skills are needed there. The field team reaches the doors, only to be greeted with the protocol sentence, "How was the drive from Istanbul?" After many attempts to convince the occupants to help (while they repeat the same sentence three times), they decide they need to ask "pretty please" and broke into the hostile environment. Communications go down, and they continue in spite of it.

Fitz says he is not afraid, to which Garrett responds, "If the job was easy" as Ward finishes the sentence with, "it wouldn't be any fun." They enter a sealed bulletproof glass room to receive hostile gunfire. Ward shoots one hostile and Garrett kills the other. They follow the trail of blood of the first injured hostile, who, while dying, says he recognized Coulson and told him about the "timer." Garrett finds a bomb and begins to disarm it with Ward. Coulson and Fitz search for some way to help Skye.

Back on the Bus, Simmons confides to Agent Triplett that she had not known Skye for long, and that they were totally different, but that she could not live without her. May bursts in, saying that the Comms are down, and she would go in within an hour if she didn't hear anything. Skye worsens, and they all rush over to help her.

Coulson finds the operating room where he was resurrected, and experiences flashbacks of the horrific procedure. Garrett and Ward continue to look for the triggering device after figuring out that the timer was separate from the actual explosive. Coulson enters an area marked for radiation and refuses to put on a suit despite Fitz's warning because there is no time.

They search for something to save Skye. Fitz wishes that they were with Simmons because she would know what everything was, or "at least what not to touch." They find a medicine cabinet and search for the drug, and find a substance marked "GH-325". They are able to remove it with just four minutes to spare on the bomb when Coulson finds a door marked "T.A.H.I.T.I."

Garrett warns to Fitz that putting too many explosives to blow the door could blow the whole place down. They were able to leave, but Coulson stays behind. Garrett stays behind while Fitz and Ward leave to save Skye. Garrett finds Coulson in a daze, telling him not to let Skye take the drug. They barely make it back on the Bus, which takes off to a huge explosion. Coulson enters the medical pod yelling, for them to not administer the drug, but Simmons had already proceeded.

Skye begins to stabilize, only to worsen considerably, right before stabilizing again. Simmons says she does not know what was given to Skye, but that it saved her. Coulson leaves, and Garrett says to May that something happened, because one minute Coulson was fine, and the next he seemed as if he had seen a ghost.

Garrett explains to Quinn that the Clairvoyant was a "no-show" and the place he wanted them to find was buried beneath the explosion. He also says that Skye would live to testify that Quinn had shot her. Garrett then takes Quinn off the plane. He converses with Coulson, asking what would have happened if Skye had died. Garrett also comments that they may see each other again soon because agent Triplett had taken a shining to Agent Simmons.

May confronts Coulson, congratulating him for doing the impossible in saving Skye, and asks why he is not happy about it. Coulson reminiscences back to entering the room marked T.A.H.I.T.I. and finding that the drug was being extracted from half of a corpse of an unknown alien in a cryotube. He conceals this from May, saying that he only did not want Skye to suffer as he had. He leaves to sit with Skye as she recovers.

Elsewhere, Lorelei wanders through the Death Valley. She finds a motel where newlyweds Jimmy and Nicole Mackenzie are asking for a map. Lorelei snatches the bottled water from Mackenzie's hand and drinks as she asks him where she is. As the two converse, Lorelei notices that Mackenzie is a newlywed and begins to enthrall him. Mackenzie drove off with her, abandoning his new wife. 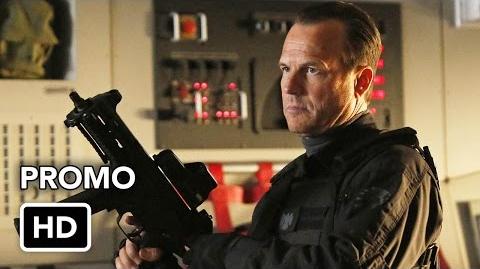 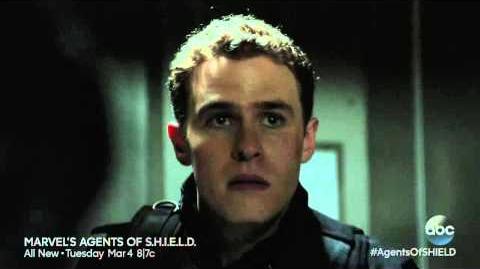 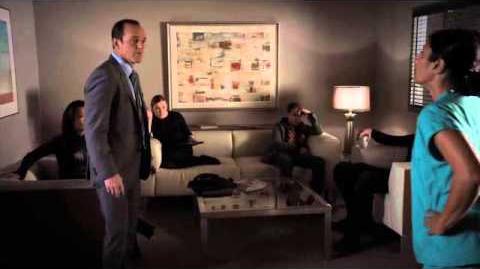 The Marvel Cinematic Universe Wiki has a collection of images and media related to T.A.H.I.T.I..