St. Sebastian's Preparatory School was a Catholic high school of New Orleans. Their basketball team, nicknamed the Badgers, counted Tyrone Johnson in their ranks. During a game against another team, Chatsworth High School, Johnson became enraged as a member of this team kept pushing him to the ground, and eventually attacked him. Despite this unfortunate turn of events, St. Sebastian's was victorious. In the next day, Evita Fusilier, a cheerleader for the team, chased Johnson in the school's corridors and invited him to a party held to celebrate the victory.[1]

Johnson later had a conversation with Francis Xavier Delgado in the latter's office about his recent behavior, and how the anger that stirred in Johnson's mind was nothing but poison. Both of them then left for a preaching session at the school's chapel, although the students actually were more interested in their cell phones than in Delgado's speech. During this time, Johnson and Fusilier texted each other about the events at the earlier party, when Johnson had had his wallet stolen by Tandy Bowen. Johnson then joined in the rest of the choir.

Johnson later left the school to investigate and follow James Connors. However, he dozed off, causing him to be very late for another basketball training sessions. Johnson hurried back to the school, where his trainer confronted him about his recent attitude, notably the fight he had gotten into during the game and his apparent disregard for training sessions. Johnson was then forced to watch as his teammates suffered punishment in his place. As the night came, Johnson decided that he would endure the same, under the watch of Delgado. However, he was later ambushed in the locker room by Benny and two other players, who hit him until Johnson fainted before locking him up in a storage space.[2]

Johnson was able to escape, and returned to Delgado's office for advice. Since the priest was not here, Johnson lighted a candle and began praying, talking to his deceased brother Billy and expressing his belief that he was cursed in some way. Fusilier then walked into the office as well, having overheard Johnson's prayer, and offered to help him, inviting him to join her to a Damballah Voodoo tour after school.[3] In the next day, after Fusilier helped Johnson find some answers and they started a relationship, they intensely made out in the school's photography lab.[4]

"You could have just stolen someone's laptop from a coffee shop."
"You were closer than Starbucks."
― Tyrone Johnson and Tandy Bowen[src]

Since she needed to review some information about several Roxxon Corporation executives, Tandy Bowen decided to pay Tyrone Johnson a visit at his school, expressing curiosity in seeing him in this kind of environment. She also demonstrated how she was able to use her Lightforce-based powers at will, although Johnson quickly hid her hand and the dagger she had manifested behind his bag as he did not want his schoolmates to witness such a phenomenon. Bowen then asked Johnson to take her to the school's computer lab, where she printed several documents about Roxxon Corporation.

Johnson later took part in the gathering of the basketball team prior to their final game, although he displayed no clear enthusiasm as the other students celebrated with their cheerleaders in the school's yard, all under the eyes of Bowen, who decided to take advantage of the fact that everyone was distracted to break in the locker room and steal a cheerleader outfit. Johnson later invited Evita Fusilier to join him in Francis Xavier Delgado's office and offered her his basketball jacket to show her that he cared about her. The basketball team then left to play their game, but lost it because of Johnson, who pitied the other team's members and what befell them should they lose.[5]

"You walk out that door without permission, there's nothing I can do to..."
"I said: Move!""
― Francis Xavier Delgado and Tyrone Johnson[src]

In the aftermath of the arrest of James Connors, Tyrone Johnson returned to school, deeply upset by nothing seemed to have changed in his life despite this achievement. Not even paying attention to his girlfriend Evita Fusilier, Johnson grew so frustrated that he eventually assaulted Benny in the school's corridors, violently beating him up until he was stopped by a teacher. As a result, Johnson was summoned by Francis Xavier Delgado in his office. Delgado had Johnson carry two heavy books at arm's length until he understood the futility of his anger, but it only caused Johnson to abruptly reject Delgado, his God and his teachings. A brawl ensued as Johnson tried to force his way out of the office, causing him to touch Delgado and see his fear of relapsing on alcoholism. Shocked by the experience, Delgado ordered Johnson to leave.

While still at school, Johnson was approached by Fusilier, who insisted they should talk. Johnson began to confide in his girlfriend, but he was interrupted as Tandy Bowen, who was also in the middle of a life crisis, arrived at the school as well and confronted Johnson, ordering her to stay out of her mind due to the shared visions they had had before. Fusilier defended Johnson, asking Bowen to leave him alone, but Bowen touched her and, although Fusilier was able to reject her out of her mind, she understood who Bowen was and left, puzzled. Bowen angrily left the school shortly after an argument with Johnson.[6]

"You love the me that steals from your old stomping grounds."
― Tandy Bowen to Tyrone Johnson[src]

In the aftermath of Tyrone Johnson being wanted for murder by the NOPD, Francis Xavier Delgado began to experience a faith crisis and considered that he had failed Johnson, causing him to resign from the school's staff. While packing his stuff and leaving the school, he was approached by Mayhem, who asked him some questions about Johnson's whereabouts in an attempt to track down James Connors.[7] Johnson actually sometimes secretly teleported near the school's premises to watch over his former girlfriend, Evita Fusilier. He also asked Tandy Bowen to steal some textbooks from the school so that he could keep studying by himself.[8] 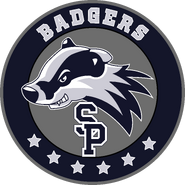