Spacetime is the fifteenth episode of the third season of the television series Agents of S.H.I.E.L.D..

When Daisy gets a horrifying glimpse of the future, S.H.I.E.L.D. races to prove that fate is not fixed.

A homeless man named Charles Hinton is told by the owner of a grocery store that he must leave because his presence is bad for business. The businessman feels sympathy for Hinton and offers him money, but, when the two physically touch hands, Edwin Abbott gets a vision of how he dies and the involvement of Daisy Johnson.

S.H.I.E.L.D. monitors the 911 call Abbott makes and goes to his location; Johnson has no idea who Abbott is or how he knows her name. Abbott tells Johnson that he had a vision of death as he was killed by HYDRA; suddenly a HYDRA QuadCopter arrives to capture Charles. In the ensuing firefight, Abbott is killed; as Charles is captured, Johnson touches his hand and gets a string of different futuristic events that all lead to her death.

Meanwhile, Hive has repaired his host body and wants to know what the billionaire Gideon Malick truly wants from him that he could not provide for himself. The answer is power; Hive decides that he will show Malick a taste of power to thank him for releasing him from Maveth.

The senior agents have a meeting to discuss Johnson's visions. Leo Fitz explains the concept of the fourth dimension, commonly called time, to the others, because he believes what she has seen cannot be changed. Phil Coulson notes that Melinda May was not in any vision; he commands that May will save Charles in order to save Johnson's life.

The agents find Polly Hinton and she tells the others the biography of her husband and why he chose to be homeless, to avoid physical contact because of his power to show the death of others.

Phil Coulson's Prosthetic Hand was created using circuitry from the Transia Corporation; Hive and Malick, taking Charles along, go there to buy the company from Rowan Hamilton. Charles is made to touch Hamilton and shows the businessman the death of his colleagues from the parasitic release of Hive. Malick puts on the Transia Corporation Exoskeleton, and on Hive's command, kills Hamilton, the first time Malick has ever killed a person personally.

In the Playground, May tells Johnson to show her how to save Charles. The agents practice constantly to increase May's speed to get pass the HYDRA operatives in the vision. Just as they prepare to launch their assault, Andrew Garner arrives, having surrendered himself, tellng May that he may not be human any more after this last transformation. Without Bobbi Morse, Johnson is the only agent available to fulfill the mission.

As the agents lead the assault to free Charles, Fitz is able to spy inside the building; they, for the first time, see Hive in the body of Grant Ward.

Johnson is successful in her infiltration and, with some timely assistance from Coulson, gets to the roof where Charles is. However, Malick, strengthened by his exoskeleton, is there and begins to pummel her mercilessly. Just as Malick goes for a killing blow, Charles touches Malick and gives him a vision; this gives Johnson enough time to emit a blast that ends the battle, but not before Malick gravely injures Charles. Johnson touches the dying Inhuman and sees another vision: a golden crucifix floats inside a spacecraft high above the Earth as a S.H.I.E.L.D. agent dies in an explosion. Charles dies after extracting a promise from Johnson that she will protect his daughter, Robin.

Garner, believing that there is a greater purpose behind his monstrous side, runs into a Containment Module and May watches in tears as he becomes Lash permanently.

R. Giyera decides that he no longer works for Malick as his bodyguard and tells Malick such when he calls; his loyalty is to Hive. 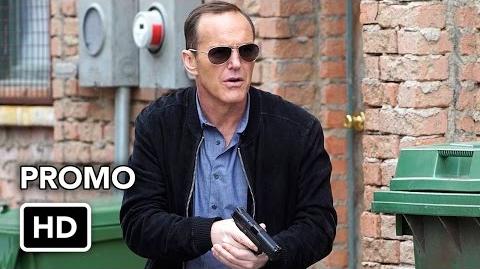 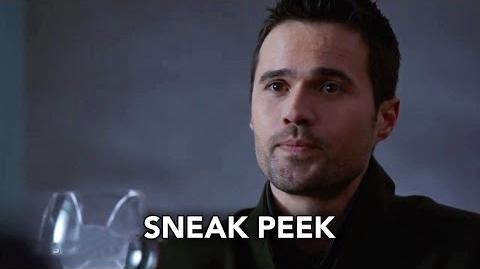 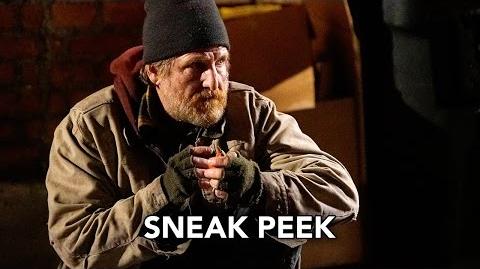 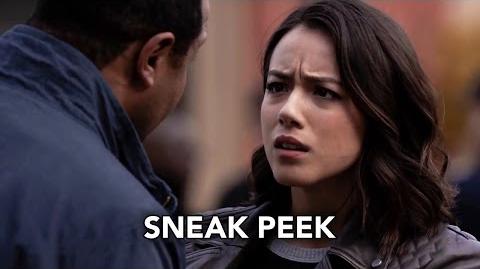 The Marvel Cinematic Universe Wiki has a collection of images and media related to Spacetime.