"My programming was to get the Darkhold. That came from Radcliffe. But my impulse, to keep Coulson safe and close, that desire... that came from me."
"That's good."
"And I'm sorry to say... You're not him."
―Melinda May LMD and Phil Coulson LMD

Self Control is the fifteenth episode of the fourth season of the television series Agents of S.H.I.E.L.D., and the conclusion of the LMD pod.

Suspicion turns to paranoia when the team doesn't know who can be trusted as more LMDs infiltrate S.H.I.E.L.D.

At the Playground, Leo Fitz and Jemma Simmons still struggle with the revelation that Phil Coulson, Alphonso Mackenzie, Jeffrey Mace and Daisy Johnson have apparently been replaced by Life-Model Decoys, meaning that they could be in danger. Their discussion is interrupted when Phil Coulson LMD informs them that they plan to bring all known Inhumans to the Playground for their protection. In truth, they plan to exterminate them, fulfilling the Watchdogs' project. Coulson LMD also reactivates Melinda May LMD and tells her of what happened.

The situation quickly becomes worse for Simmons. Indeed, an LMD detector informs her that Leo Fitz was also replaced by an android. She orders Fitz to cut his wrist in order to prove that he is human, but Fitz’s LMD manages to trick her and overpower her, planning to map her brain in order to upload the data in a Life-Model Decoy as well. However, Simmons plays for time by talking about the perspective of Fitz and her getting married and finally destroys the android before fleeing and hiding in a storage room in the Playground.

Simmons is not the only one to be in danger. Indeed, Johnson has not been replaced by an LMD, but she ignores that she is surrounded by androids. While checking a Containment Module for Inhumans, she discovers a whole fleet of Johnson LMDs. Realizing that she is in danger, Johnson hides among her robotic copies right before the arrival of Mackenzie’s LMD, that she attacks and knocks out before fleeing. Later, she sees footage of the destroyed body of Fitz’s LMD and watches Coulson’s LMD and Mace's LMD killing three S.H.I.E.L.D. agents who saw that Fitz was actually an LMD. Horrified, she goes to hide and finds Simmons. The two confront each other about potentially being an android, but Johnson uses her powers to prove her nature (since LMDs cannot have Inhuman powers) and to confirm that Simmons is human as well.

Though the two friends are reunited, they still are in great danger. Moreover, Mace’s LMD has summoned all the S.H.I.E.L.D. agents and persuaded them that Simmons and Johnson are LMDs, which means they must be captured and destroyed. In the storage room, Simmons has a panic attack, fearing that they cannot escape and refusing that Johnson sacrifices herself for her. Nevertheless, Johnson dismisses the idea and states that they will get out so that Simmons and Fitz can be reunited, as their deep love for each other is the one thing that she believes to undeniable and to be protected. They decide to hack into the Framework, in which their friends are trapped and use sleeping gas to neutralize all the S.H.I.E.L.D. agents, leaving only the LMDs awake. Johnson fights Mace’s LMD Coulson’s LMD and Mackenzie's LMD, fully destroying the latter while Simmons wakes up and forces Piper, James Davis and Prince to help her. The agents later fully believe Simmons when they discover Mackenzie’s LMD’s remnants.

While Simmons and Johnson plan to use the Zephyr One to escape the Playground, they are stopped by May’s LMD, who is ready to blow up the base to prevent their escape. However, Johnson manages to persuade May’s LMD to let them go by appealing to her human memories of Coulson, who is also in danger. May’s LMD agrees to let them go right before the arrival of Coulson’s LMD and then triggers the bomb, destroying the Playground and all the LMDs inside it while Simmons, Johnson, Piper, Davis, and Prince escape.

They pick up Yo-Yo Rodriguez before Simmons and Johnson connect to the Framework. In an alternate reality, everything is different: Johnson dates Grant Ward, Simmons is officially deceased, May works at the Triskelion which has been taken over by HYDRA, Coulson is a teacher giving lessons about why Inhumans must be feared, Mackenzie lives a peaceful life with his daughter Hope and Fitz seems to be a high-ranking member of an undisclosed organization.

Meanwhile, at the Ivanov Oil Platform, Aida builds a mechanical body for Anton Ivanov, who was severely injured while fighting Johnson. She promises to leave his mind intact and keeps her promise by creating a body that Ivanov can remotely control with his head which has been severed and kept functional. Aida also struggles with a paradox between two of her programming instructions: protecting the Framework and protecting Holden Radcliffe, who she thinks is the greatest threat to the Framework. She finally solves the paradox by killing Radcliffe’s body while uploading his consciousness in an alternate reality where he can live forever much like his girlfriend Agnes Kitsworth. 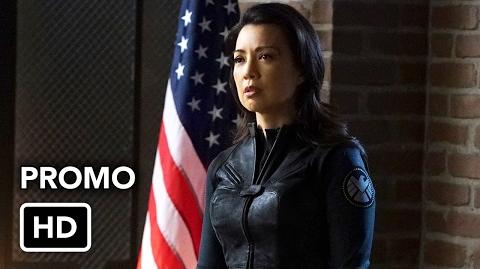 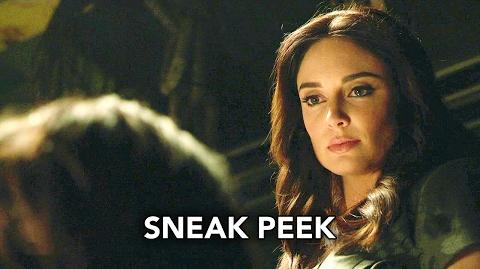 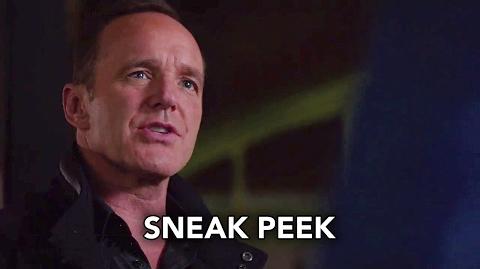 The Marvel Cinematic Universe Wiki has a collection of images and media related to Self Control.