"I'm worried there's a bad seed."
"Ops and Sciences have differences, but both have to be careful about what we call "bad seeds". People who want to use the tools we give them for–"
"'Bad seed' isn't a S.H.I.E.L.D. term, Ward, just a term."
―Anne Weaver, Grant Ward and Skye

Seeds is the twelfth episode of the first season of the television series Agents of S.H.I.E.L.D.

Coulson and May uncover startling information about Skye's past, while the team is swept into a storm at a S.H.I.E.L.D. Academy of Science and Technology.

While at a S.H.I.E.L.D. Academy, Grant Ward, Leo Fitz, Jemma Simmons, and Skye investigate an attack upon students, which was perpetrated with a freezing device, a device that could instantly freeze people and their surroundings.

During their time there, another freezing machine goes off, freezing cadet Donnie Gill, though the agents are able to save him. While the rest of the team interrogates the other cadets, Fitz gets to know Gill, seeing much of himself in him, and helping him solve a problem with a new power source Gill had invented.

The team learns that Gill and his fellow cadet Seth Dormer are the minds behind the freezing machines, and that the power source Fitz helped him perfect is for a larger version of it.

Meanwhile, Coulson and May head to Mexico City to find a former agent named Richard Lumley, who had told them of a mission 24 years earlier involving an 0-8-4, which turned out to be Skye. He warns them that she is dangerous, as many agents, including his partner, Linda Avery, died trying to protect her.

After meeting with the rest of the team, Coulson relates what Lumley revealed to Skye, who is at first devastated at the revelation.

Gill and Dormer activate the larger device, causing a huge ice storm that Dormer hopes will impress Ian Quinn, for whom his father worked for as a lawyer at Quinn Worldwide. After realizing his mistake, Gill attempts to shut it down, but a bolt of lightning destroys the machine and puts Dormer into cardiac arrest.

May tells Coulson of her sexual relationship with Ward; Coulson replies that trusts her to comport herself responsibly, and May responds that she would end the relationship should it become problematic to the team.

The team apprehends Gill, but are unable to save Dormer's life. On his way to the Sandbox for observation, Gill realizes that the explosion of the freezing device gave him cryogenic abilities.

Ian Quinn receives a call from Coulson warning him that if his aircraft flew over any country that was a S.H.I.E.L.D. ally, it would be shot down. Before hanging up, Quinn gives Coulson a message that the Clairvoyant says "hello". 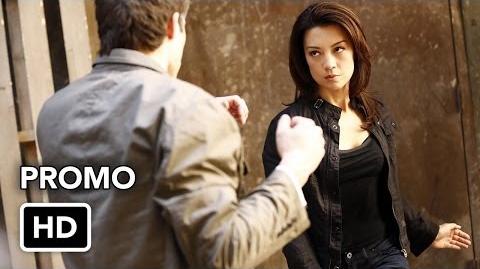 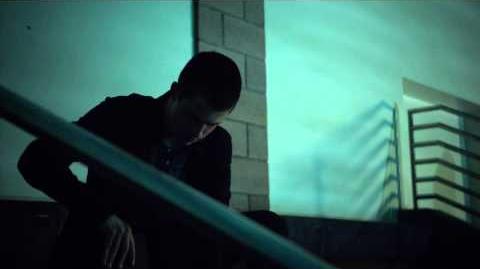 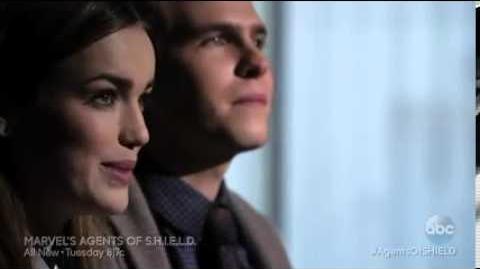 The Marvel Cinematic Universe Wiki has a collection of images and media related to Seeds.