"It's time for S.H.I.E.L.D. and HYDRA to finally unite."
―Hale to Phil Coulson

Rise and Shine is the fifteenth episode of the fifth season of the television series Agents of S.H.I.E.L.D..

Coulson uncovers General Hale's true agenda, and it could be the end of the world if S.H.I.E.L.D. doesn't help her.

Phil Coulson, still blindfolded, is taken to a room in Hale's base guarded by Sleeper Mechs. When Hale joins, Coulson states how all the actions that Hale had taken were not akin to an United States Air Force operation, to which Hale agrees, revealing her allegiance to HYDRA, which still lives. Hale promises she will soon disclose her plans and assumes that both S.H.I.E.L.D. and HYDRA must unite.

In a flashback set in the 1990s, young Hale wakes up for her last day at the HYDRA Preparatory Academy. She joins Jasper Sitwell at the cafeteria before going to a lecture delivered by Daniel Whitehall, who describes a project with the purpose of creating a super soldier able to take the properties of any material. During the lecture, Hale mocks Wolfgang von Strucker when he suggests using the Tesseract, claiming that he is stuck in the past, and she suggests to search for materials in space, much to Whitehall's satisfaction.

Later that day, as Hale is physical training, students led by von Strucker make a prank on her. Infuriated, Hale attacks Strucker. After the fight, Hale returns to her bedroom, where she kills her dog as part of HYDRA's last exam. Joining Sitwell at the cafeteria, she learns that Whitehall wants to see her. Whitehall reveals that he has great plans for Hale, as he wants her to bear the child who will become HYDRA's future leader and a super soldier, to which Hale reluctantly agrees.

Another flashback set in 2016 shows Ruby Hale waking up in her room and going for a physical training session. While sparring, she is watched by her mother Hale and Steger. As Hale and Ruby eat together at the cafeteria, Hale receives a message from General Fischer who informs her that S.H.I.E.L.D. captured Gideon Malick.

Fischer also reveals that HYDRA made contact with an alien organization called the Confederacy, but before he can further elaborate, Glenn Talbot comes to arrest Fischer, who commits suicide. As Hale's true allegiance is unknown, she is free to go. She finds Ruby arguing with Steger as she refused to kill her dog. Witnessing the argument, Hale ends up shooting Steger and declared that she and Ruby are all is left from HYDRA.

The last flashback depicts Talbot as he recovers from the Attack on the S.H.I.E.L.D. International Inquiry. Despite his family's wish, Hale transfers Talbot from the hospital to the now abandoned HYDRA Preparatory Academy, where he is taken, prisoner. Hale reveals her allegiance to HYDRA, along with a sophisticated alien device used to join the Confederacy, who agreed to protect the Earth against an alien war. Hale requests Talbot's assistance in retrieving the Particle Infusion Chamber built by Whitehall. However, Talbot refuses to talk and is taken away back in his cell.

In the present, Coulson wakes up after spending the night in the Academy. He briefly encounters Ruby before Hale joins him in his room. Hale also discloses her plan and uses the alien communication device to take Coulson and herself to meet Qovas, a member of the Confederacy. Qovas warns Coulson about an impending alien war which could destroy the Earth. Back on Earth, Hale reveals that in return from their protection, the Confederacy desires two things: Gravitonium and Inhumans.

Hale informs Coulson that she does not want to willingly comply with the deal and that she wants to alter it to show Earth is a galactic power to be taken into consideration. As such, the super soldier project created by Whitehall could help them, and although it was originally designed for Ruby, Hale suggests another candidate: Daisy Johnson. However, she also reveals the true name of the project: Destroyer of Worlds, which is how Quake was known in 2091.

Coulson tries to explain to Hale that he and his team traveled to the future and saw the Earth completely destroyed, presumably by Quake's superpowers. However, Hale refuses to listen to him and orders her Sleeper Mechs to take Coulson back to his room, where he is visited by Ruby, who has been told Coulson's story. While Ruby believes she is the one who destroyed the Earth, Coulson explains that Johnson is responsible for it.

As Coulson refuses to disclose Johnson's whereabouts, Ruby has a weakened Talbot come to the room. Talbot explains that he resisted as long as he could, but that eventually gave Hale the answers she needed. As Talbot apologizes for it, he is taken away, leaving Coulson alone.

In the Lighthouse, Johnson and Melinda May figure out Hale's allegiance to HYDRA and struggle to find a way to fight back and rescue Coulson. As Johnson laments that they have nothing, May decides to visit Leo Fitz in his cell for insight, even coming from his dark self. Fitz studies the documents brought by May and suggests to be taken out of his cell for a few hours to help them.

Johnson joins the cell and refuses Fitz's request. An argument erupts over Fitz's earlier actions. When Fitz claims that it was the only way of protecting the world from the Fear Dimension, Johnson attacks him with her powers and questions his allegiance. She states that people at S.H.I.E.L.D. do not turn on their own, only to have Fitz retort that she did on multiple occasions, prompting Johnson to leave. Although May advises her against it, Johnson decides to find Robin Hinton for advice.

Meanwhile, Jemma Simmons and Alphonso Mackenzie successfully transplant prosthetic arms on Yo-Yo Rodriguez. They also discuss Fitz's earlier actions and Mackenzie shows his faith in Fitz's true good nature. Mackenzie also voices his concerns about Rodriguez's behavior as she is persuaded she will live until after the cataclysm which destroys Earth, rendering her reckless to a fault.

Following the surgery, Simmons visits her husband in his cell and reveals that Deke Shaw is their grandson, proving that their love survives many ordeals to give birth and raise a daughter. 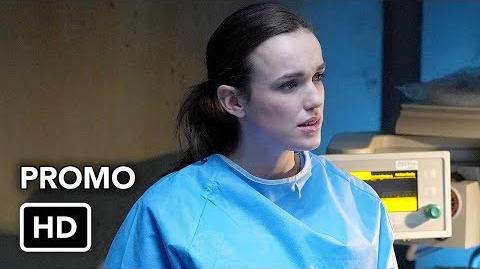 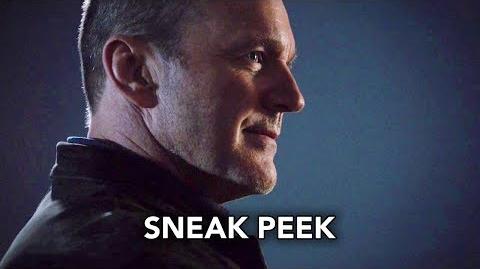 The Marvel Cinematic Universe Wiki has a collection of images and media related to Rise and Shine.