"The second law of thermodynamics, otherwise known as the Law of Increased Entropy, states that within a closed system, you can never complete any process with as much energy as you started with. There's always some loss. Always some energy that will be sacrificed. Its energy can be used for growth or repair. But such a transformation without exception changes the very nature of the energy itself."
―Tyrone Johnson[src]

Restless Energy is the first episode of the second season of the television series Cloak & Dagger.

Now living very different lives, Tyrone and Tandy try to stay under the wire while still honing their powers. After coming to terms with their destiny, the two now find it difficult to just stand by and do nothing while bad things continue to happen throughout the city. Meanwhile, Brigid is struggling from her recovery.

Both Tyrone Johnson and Tandy Bowen attempt to adapt to their new lives. Johnson, still considered a criminal, now lives in St. Theresa's Church, but has found a purpose in trying to rid New Orleans of its criminal activities, by stealing from gangs such as the Uptown Block Kings. However, his endeavors are criticized by Detective Brigid O'Reilly, who struggles to come back to duty after nearly dying during the Terror in New Orleans and thinks that Johnson is only making things worse due to the loss of balance between the gangs.

Bowen tries to live a normal life, attending dancing lessons and trying to rebuild a sound relationship with her mother. Together, they go to a support group for victims of abuse from violent men. During one the sessions, Bowen encounters Mikayla Bell, whose boyfriend Jeremy appears to be violent towards her. Enraged by this behavior since her own father used to be like this, Bowen goes to Jeremy's house and, after witnessing an argument between Bell and Jeremy, she sneaks into the house and uses her Lightforce daggers to carve a warning message on the wall.

Despite these two different lives, Johnson and Bowen have maintained their friendship and regularly see each other, although Johnson does not tell Bowen about his vigilante career. Pressured by Bowen to go out and check on his closest ones, Johnson realizes that his parents are now separated, but is also relieved to see that Evita Fusilier has not replaced him. Later, even though O'Reilly advised him against it, Johnson attempts to steal from another gang, the Money Hustle Gang, but is caught and is only saved because Bowen, who saw through his lies, followed him.

Back to St. Theresa's Church, Bowen and Johnson have an argument regarding their relationship. Johnson admits that he is envious of Bowen as her life seems to be perfectly fine, although she explains that it is far from being perfect and that she wants to avoid her home from time to time. The argument escalates further as Bowen claims that Johnson should have asked her for her help in his underground activities. Bowen then angrily leaves the church, feeling betrayed by Johnson.

Johnson secretly delivers the drug and money he stole to O'Reilly, and while spying on her he learns that there will be a meeting between the leaders of the Uptown Block Kings and the Money Hustle Gang. Meanwhile, Bowen realizes that her actions towards Jeremy have unwanted consequences, as it caused Bell to feel sorry for him and to want to remain with him. Both Bowen and Johnson attempt to let go of their respective frustration thanks to their mutual interests, dancing and playing basketball, but to no avail. Johnson thus goes to see Bowen and apologizes to her before asking for her help.

Therefore, posing as a couple, Bowen and Johnson go the Rougarou Club as they want to eavesdrop on the gang meeting. Using his powers, Johnson plants a voice recorder in the meeting room. Bowen and Johnson then wait until the meeting occurs, but soon realize that something has gone wrong upon noticing blood on the window of the door. Once they come in, they discover that everyone has been brutally murdered. 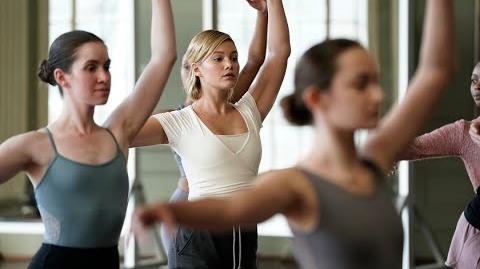 The Marvel Cinematic Universe Wiki has a collection of images and media related to Restless Energy.