Recruitment is the first episode of the web series Agents of S.H.I.E.L.D.: Academy.

Being an agent isn’t as easy as it looks.

Agents of S.H.I.E.L.D. super fans Noelle Mabry, Frank Moran and Ralph Lammie, Jr. are recruited for a once-in-a-lifetime opportunity, but have no idea what is about to happen. They each enter the offices of the American Broadcasting Company and are asked by a secretary to fill out a form and answer some questions.

The secretary tells each contestant that the director is ready for them and gives them an earpiece. They each enter a room with a monitor, on which Clark Gregg appears and informs them that they will be put through a rigorous evaluation process to determine which of them possesses the highest level of physical and mental ability. He asks if they have what it takes to be an agent of S.H.I.E.L.D., to which they each answer yes, and tells them to place their hand on the screen to accept the challenge. Upon doing this, a SWAT team enters the room, grabbing each contestant and forcing them into a car. As the car leaves, the secretary comments "Wait 'til they see what's coming next!" 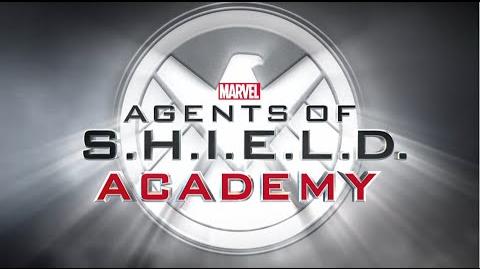 Marvel's Agents of S.H.I.E.L.D. Academy - Episode 1
Add a photo to this gallery

Retrieved from "https://marvelcinematicuniverse.fandom.com/wiki/Recruitment?oldid=951503"
Community content is available under CC-BY-SA unless otherwise noted.