"I demand a seat at the table. I wear these flames, same as you!"
"You may dress like us, but you'll never hear the horns of freedom when you die, Yondu, and the colors of Ogord will never flash over your grave."
―Yondu Udonta and Stakar Ogord[src]

The Ravagers are an interstellar crime syndicate comprising of thieves, smugglers, criminals, bandits, mercenaries, bounty hunters and pirates. There are nearly one hundred factions of Ravagers around the galaxy. Each faction has a captain of its own, leading their operations.

Stakar Ogord and his clan freed Yondu Udonta from a life of slavery in the Kree Empire and welcomed him to the Ravagers, eventually giving him his own clan.[1]

"You betrayed the code! Ravagers don't deal in kids!"
"I told you before, I didn't know what was going on..."
"You didn't know 'cause you didn't wanna know, 'cause that made you rich."

Yondu and his clan started working for Ego delivering his offspring to him. In 1988, they abducted Peter Quill to return him to Ego, but Yondu neglected to do so when he saw Ego was killing every child he delivered. Upon knowing his protegee was trafficking children, Stakar Ogord unwillingly exiled Yondu and all his clan for breaking the Ravagers code.[1]

"You betrayed me! Steal my money! When I picked you up as a kid, these boys wanted to eat you. They ain’t never tasted Terran before. I saved your life!"
―Yondu Udonta to Star-Lord[src]

Peter Quill went to Morag and stole an Orb that the Ravagers were hired to receive for a third party, double-crossing the other Ravagers to sell the Orb himself. Eventually, the Ravagers found him on Knowhere, as he turned himself to them. Quill negotiated a deal with Udonta to hand over the Orb in exchange for help to stop Ronan the Accuser from using the Orb to destroy Xandar.

On Xandar, numerous M-Ships went to fight Ronan's forces, and Udonta was shot down. Quill and his team, known as the Guardians of the Galaxy, managed to win the fight against Ronan while many of the Ravagers were preoccupied with Ronan's forces. Afterwards, Quill pretended to give Udonta the Orb but secretly swapped it with a Troll Doll. Then Udonta and Kraglin Obfonteri later discussed that it was a good thing they did not give Quill to Ego as they were hired to do.[2]

"If you think I take pleasure in exiling you, you're wrong. You broke all our hearts."
―Stakar Ogord to Yondu Udonta[src]

Yondu Ravager Clan followed Stakar Ravager Clan to Iron Lotus. Yondu Udonta confronted Stakar Ogord and demanded to return to his rightful place as a captain among the Ravagers, but Ogord refused. Meanwhile, some of Yondu's men talked about his misleading leadership and his softness towards the Guardians of the Galaxy. Suddenly, the Sovereign people arrived and hired Yondu to locate the Guardians and bring them to them for one million Units.

They found the Milano crashed in Berhert. The Ravagers got closer to the ship but were attacked by Rocket Raccoon. It was Yondu who stopped him, however, after revealing he planned to sell the Anulax Batteries Rocket possessed, Taserface and other of Yondu's opponents revolted. During their fight, Nebula shot Yondu's Yaka Arrow Controller and stunned him, Rocket and Groot.[1]

End of the Yondu Clan

On the Eclector, Taserface declared himself as the new leader of the Yondu Ravager Clan and executed those who were still loyal to Yondu Udonta. Nebula convinced them to hand Yondu and Rocket Raccoon to the Kree Empire. However, with the help of Groot and Kraglin Obfonteri, the two were freed and killed all of the Ravagers onboard. Before the ship exploded, Taserface delivered the location of Yondu to the Sovereign people. Yondu, Rocket, Groot, and Obfonteri detached the Quadrant from the rest of the ship and headed to Ego's Planet.[1]

At the end of the Battle on Ego's Planet, Yondu Udonta sacrificed himself to let Peter Quill live. Rocket Raccoon sent a message to all of the Ravagers captains, telling them about his last action. As the Guardians of the Galaxy made a funeral to Yondu, all the Clans attended to it, acknowledging his redeeming.[1] In addition, inspired by Yondu, Stakar Ogord reunited his old Ravagers team.[3]

In 2023, the Ravagers were recruited by the Masters of the Mystic Arts to join the battle at the destroyed Avengers Compound on Earth against an alternate Thanos and his army and were transported there via Inter-Dimensional Portals.[4]

The Ravager community was divided into numerous clans, each headed by the captain of the clan's mothership. Although the clans largely operated independently of one another, they still shared a common sense of identity; a business serving an exiled clan could expect to lose the patronage of all others.

Despite their shady line of work, Ravagers follow a strict code of honor. Those adopted into the clans had to swear to obey the Ravager Code. The details of this code are not well-elaborated; Peter Quill claims it amounts to stealing from everyone (though as he was raised in the exiled Yondu Clan, his understanding of mainstream Ravager culture may be faulty). There are, however, crimes which Ravagers are forbidden to commit, such as kidnapping and/or trafficking children. A clan which broke the code would be exiled, no matter how popular or well-loved its members. However, the exiled could be accepted back into the community in recognition of heroic actions. Yondu, for example, was posthumously re-adopted by the Ravagers either because of his assisting the Guardians of the Galaxy in their battle against Ego or for sacrificing himself for his adopted son, Peter (or both).

The Ravagers seem to have their own religion with their own afterlife. Upon death, Ravagers would be disintegrated and their remains released into space while the ships of other clans released firework-like projections called Colors. Ravagers expect to see their loved ones again "among the stars," and to hear "the Horns of Freedom" upon death. Exile from the Ravager community apparently included exclusion from the Ravager afterlife as well, unless redemption was achieved.

Ravagers are often a belligerent lot. Many, though not all, members are either uneducated, dim, or both at once. These members form rowdy groups that enjoy drinking, whoring, and lowbrow humor. While some Ravagers possess loyalty and a personal code, many are pirates of the worst variety.

To lead such unruly crews, captains must possess strength. Strength among Ravagers means possessing combat ability, a strong temperament, and good political standing with other Ravager groups. Ravager captains are often intelligent, serving as the brain that guides their largely dim-witted crew. Captains who are seen as losing strength may face uprisings and need to employ a show of force to keep their crew in order. 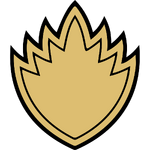 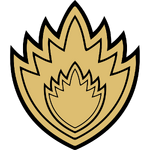 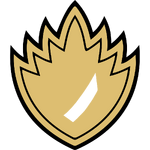 4th generation Ravager Flames. It was used by the Guardians of the Galaxy on their Ravager outfits during the Battle of Xandar