"Why leave to fate what you can decide for yourself?"
"Nice try. We're done here."
"There's a book in your father's study:
Paradise Lost. Take a look. I believe you'll find it most illuminating."
―Werner Reinhardt and Gideon Malick

Paradise Lost is the sixteenth episode of the third season of the television series Agents of S.H.I.E.L.D. and the sixtieth episode overall.

S.H.I.E.L.D. hunts for information on their dangerous new enemy, and a shameful secret from Malick's past is exposed, threatening to destroy his HYDRA legacy.

In 1970, on the day of their father's funeral, Gideon and Nathaniel Malick were recruited into active roles in HYDRA by Werner Reinhardt. Gideon was not as firm a believer in the true purpose of HYDRA as his father was; nonetheless, the brothers followed tradition, to the point that Gideon's own daughter Stephanie became a worshipper of Hive. When Gideon goes home to regroup after the disturbing vision of his own death he had seen the night before, he learns that Hive is already there and has had Stephanie call together the inner circle of HYDRA to meet him.

Meanwhile, Phil Coulson has a meeting with his senior agents to discuss how Hive is on Earth, how he has the body of Grant Ward and what the being wants from the Transia Corporation and its subsidiary. Daisy Johnson and Lincoln Campbell are sent in the Quinjet to meet JT James, an Inhuman with insight into the Dark One. The other senior agents, including Alphonso Mackenzie, who has returned to active duty, prepare to battle R. Giyera because he is Malick's bodyguard and his telekinesis is especially formidable.

Gideon is told by Stephanie to make sure that Hive is reminded as to who brought him from Maveth and how loyal the Malicks are to him. Stephanie does not know that, like her grandfather, Gideon has always manipulated the "Traveler" ceremony so that he is never chosen to be a host for Hive. However, Nathaniel had learned the truth and, during the very next ceremony, so many years ago, was somehow chosen to go through the Monolith and to be sacrificed. Unfortunately, for Gideon, Hive retains the memories of his past hosts, including Nathaniel, and knows the truth about Malick loyalty.

When Coulson's teammates capture Giyera, he fights Melinda May without any objects that he can telekinetically manipulate. The duel is fierce, but ultimately, May wins and knocks Giyera unconscious.

In South Dakota, James is a cantankerous man with a hatred for Jiaying and a desire for Terrigenesis; he tells Johnson and Campbell nothing until he is offered a Terrigen Crystal to gain his latent powers. However, after he reveals all he knows about Hive and the Kree Orb, Campbell reneges on the deal and the two agents run with the Orb as James yells.

Hive decides that he needs a Malick by his side, but Gideon must also be taught a lesson about sacrifice; Hive kills Stephanie with a fatal kiss.

Campbell reveals to Johnson what happened the night before Gordon brought him to Afterlife and Johnson reveals that she has seen a vision of an agent dying in a massive explosion.

On the way to the Schoonebeek Oil Field, Giyera focuses his power and escapes his Containment Module; he quickly conquers the Zephyr One and gains entrance to the base. May, before being knocked unconscious, calls upon Johnson for help. Campbell and Johnson see no other option but to unite the Secret Warriors to help to save the others. 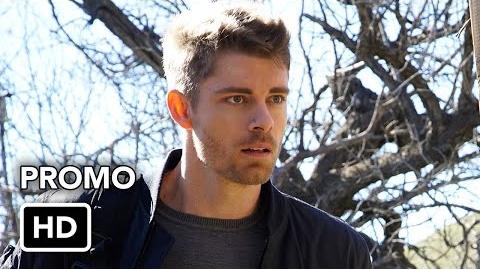 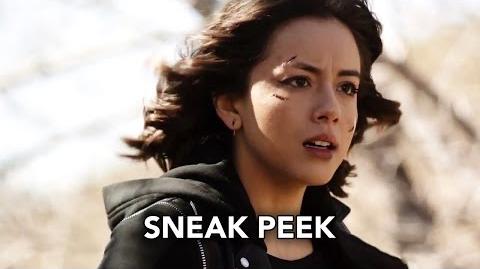 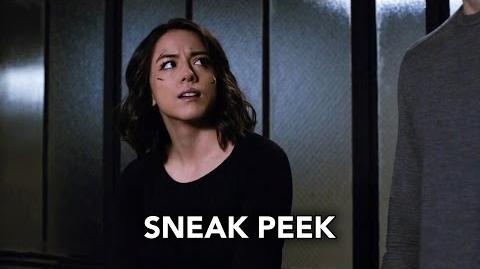 The Marvel Cinematic Universe Wiki has a collection of images and media related to Paradise Lost.