One Door Closes is the fifteenth episode of the second season of the television series Agents of S.H.I.E.L.D..

War comes to Coulson's doorstep in a way he never anticipated as shocking revelations are brought to light, and Skye struggles to control her new abilities but will soon make a decision that irrevocably changes her life.

During the HYDRA Uprising, Robert Gonzales was the commander of the Iliad and was hurt badly. Alphonso Mackenzie, Isabelle Hartley, and Bobbi Morse found him as they fought through HYDRA forces. However, Morse had another mission, given to her by Nick Fury; she was to destroy the ship to keep HYDRA from obtaining its cargo. Morse decided to help the others retake the ship, saving the lives of her fellow agents who would have been sacrificed had she followed orders.

Presently, Melinda May catches Morse stealing the Toolbox from the office of Phil Coulson while Coulson is confronting Mackenzie about the camera that was in the miniature version of Lola. Morse and May fight; Coulson holds Mackenzie at gunpoint. An EMP goes off, darkening the Playground, and both escape.

Meanwhile, at the Retreat, Skye meets the Inhuman Gordon who tells her that there are others like her who can train her in how to use her powers. Gordon tells her that when she is ready, she can call his name and he will take her to them. Skye then uses her power to twist water as it comes from a faucet.

Inspecting the locker of Morse to learn where she would go, May finds a gas mask. She immediately realizes that Morse is not leaving; she is inviting a raiding party.

Jemma Simmons uses her seeming naivete to her advantage and causes Morse to fall unconscious.

Leo Fitz is inside a maintenance closet when an explosion occurs; he is saved by Mackenzie who is injured in the blast. The explosion is the entry of Gonzales and his faction of S.H.I.E.L.D.; they capture Coulson, Fitz, and Simmons.

Tomas Calderon is sent to retrieve Skye; Morse goes with his raiding party, telling them to use I.C.E.R.s instead of guns because Skye is a fellow agent. When Calderon finds Skye, he ignores the request and fires his weapon. Morse warns Skye and Skye uses her power to defend herself, sending a blast that devastates the surrounding forest and sends a tree branch through Calderon's shoulder. Amazed and afraid, Skye calls upon Gordon who teleports her away.

May surrenders to Gonzales' faction after she helps Coulson escape.

Later, Lance Hunter meets with Coulson. He signs a napkin, saying that is his contract; he is now a permanent member of S.H.I.E.L.D. and will help to retake the Playground. 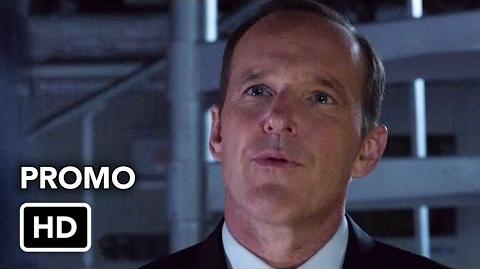 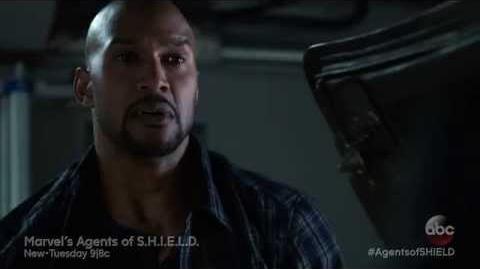 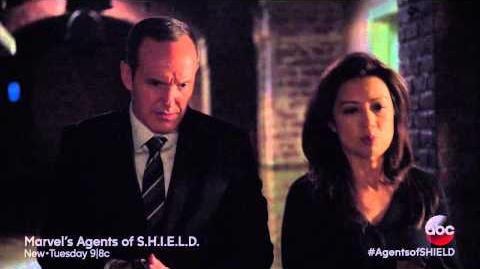 The Marvel Cinematic Universe Wiki has a collection of images and media related to One Door Closes.