"All this time, everything we've been through... Why? How could you?"
"I was on a mission. It wasn't personal."
―Skye and Grant Ward

Nothing Personal is the twentieth episode of the first season of the television series Agents of S.H.I.E.L.D.

With no one left to trust, Agent Maria Hill teams up with Coulson while S.H.I.E.L.D. is being destroyed.

Maria Hill leaves a Senate hearing in Washington, D.C., while talking on the phone to Pepper Potts. She notices that someone has knocked out the multiple surveillance tails following her, before encountering Melinda May. May asks her about Phil Coulson and Project T.A.H.I.T.I.; Hill says Nick Fury said that he buried the information about who ran Project T.A.H.I.T.I. when he decided not to bury Coulson.

At Providence, Jemma Simmons goes to make pancakes for the team, before discovering Eric Koenig dead in the supply closet. At the same time, Leo Fitz notices one of the fake windows has the message "WARD IS HYDRA" inscribed over it. After an examination of Koenig's body, Simmons confirms that he was killed by Ward. Fitz becomes extremely upset upon confirmation of Ward's betrayal. Coulson realizes that Ward has Skye and that they must save her. However, Coulson and the rest of the team are soon ambushed by Glenn Talbot.

It is revealed that Hill had told Talbot about the secret base. After hearing Coulson out and realizing Ward was HYDRA, Talbot emerges, ready to take the base. Alongside Coulson, Hill battles Talbot's soldiers unarmed; defeating them with an impressive array of martial arts and starts to work with Coulson to save Skye.

Meanwhile, Skye and Ward visit the Ruthie's Skillet to unlock the hard drive with all the information gathered by Coulson's Team on their missions. Ward constantly stresses about the drive. Ward and Skye are ambushed by the LAPD at the diner. Ward battles the police officers and shoots them, while Skye attempts to run, however, she is stopped by Deathlok.

Skye refuses to decrypt the hard drive, forcing Deathlok to nearly killing Ward with Heart Stopper to convince her. As Ward tries to fly the Bus, he is confronted by Hill, who stalls long enough for Coulson to sneak onboard through the landing gear. Coulson frees Skye and they escape midair from Deathlok in his car, Lola. Deathlok then attempts to convince Ward to let them go now that the drive is decrypting on Garrett's orders, but Ward refuses.

The team retires to a hotel, where Skye reveals she left a trap in the hard drive. May returns and shows Coulson the contents of a flash drive she recovered from his "grave," specifically a message to Fury from the director of T.A.H.I.T.I. The file is a video of Coulson himself informing Fury that T.A.H.I.T.I. must be shut down because of horrific side effects the drugs had on test subjects, which could only be mitigated by erasing the victim's memory of what happened. Coulson responds with a dumbfounded "huh." 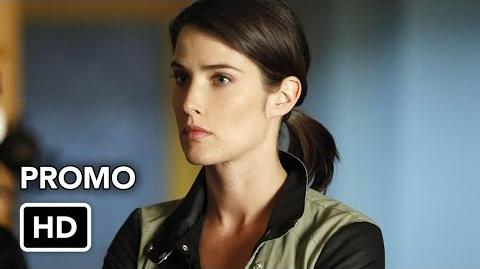 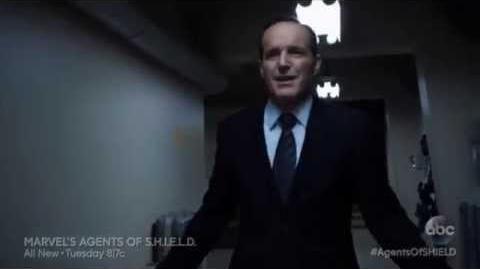 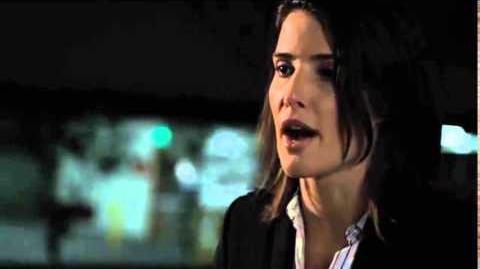 The Marvel Cinematic Universe Wiki has a collection of images and media related to Nothing Personal.