"You know, everyone had this place wrong. It isn't death. It's a new beginning. Malick was right. This is all meant to be. And the fact that you followed me here, that we're in this together, that just confirms the fact that I am part of a grand plan. I see that now."
―Grant Ward to Phil Coulson

Maveth is the tenth episode of the third season of the television series Agents of S.H.I.E.L.D..

S.H.I.E.L.D. and HYDRA go head-to-head in a battle that will change Coulson's world forever. While Daisy and her team of Inhumans fight to keep HYDRA at bay, Coulson and Fitz take the ultimate risk.

Phil Coulson awakens from a dream he has where he is talking in bed to Rosalind Price and finds himself on Maveth; remembering that he is there to kill Grant Ward, Coulson decides to find the HYDRA operative.

Meanwhile, Ward and Leo Fitz, who attempts often to escape his chaperones, find a giant statue dedicated to HYDRA on the planet as they search for It to bring the Dark Inhuman to Earth before the time limit arrives when Gideon Malick will reopen the portal using his Monolith fragments. Fitz finds and enters a manhole cover which holds the sleeping "Will Daniels"; however, Fitz does not know that 'It' killed the astronaut months before and took possession of his body. Fitz keeps Ward from killing "Daniels" by telling Ward that "Daniels" can help to lead them to the portal's location.

On Earth, S.H.I.E.L.D. discusses a plan to attack the HYDRA Castle, when they notice that R. Giyera has brought two trucks loaded with Inhumans in Suspension Gel, and the Containment Module with Andrew Garner, to act as Its army upon his return. Joey Gutierrez wonders what the overall assignment is, the return of Coulson and Fitz, the freeing of Jemma Simmons, the conquest of HYDRA, or the freedom of the contained Inhumans. Acting director Alphonso Mackenzie wants it all done. Daisy Johnson finds a backdoor entrance using the ancient aqueducts that powered the original machine that opened the portal.

The team arrives after Gutierrez melts the grates on the aqueduct entrances. Simmons finds the opportunity to escape her captivity when Lincoln Campbell uses his powers to destroy the generator. While hiding among the containment vessels from the HYDRA soldiers seeking her, Simmons is convinced by Garner to free him so he can help her; tricking the soldiers to enter his Module, Garner changes to Lash and slaughters two of them, but he also kills all the unconscious Inhumans before fleeing.

After fighting their way through the soldiers, the S.H.I.E.L.D. agents barricade themselves inside the room with the Monolith fragments as they are reunited with Simmons; Mackenzie orders all to return to the Zephyr One and to destroy the Castle on his command as he waits for Fitz and Coulson to return. Johnson reminds Mackenzie that they are partners and that she will stay with him as the others flee.

On Maveth, "Daniels" kills half of Ward's team. Shortly after, Coulson kills the other two members and leaves only Ward with non-fatal gunshot wounds. Coulson orders Ward to lead them to Fitz. He uses Ward's range finder and sees Fitz and "Daniels". He shoots Ward again before ordering him to move in that direction. Fitz then checks "Daniels"' injuries and finds the flesh rotted to the bone in his leg; Fitz realizes the truth about "Daniels" as It explains that the astronaut died the day Simmons returned to Earth. A fight breaks out between Fitz and 'It' just as the portal opens.

Coulson witnesses the fight and shoots at "Daniels" after seeing him holding a rock over Fitz's head, knocking "Daniels" over and saving Fitz. Ward uses this opportunity to attack Coulson. Coulson uses his prosthetic hand to crush Ward's chest after getting the upper hand and winning their fight. Fitz uses a flare gun to burn the body of "Daniels" before It can enter the portal after five additional gunshots fail to stop him. Coulson removes his prosthetic hand and leaves it beside Ward's body before entering the portal with Fitz.

Mackenzie, Johnson, Fitz, and Coulson all enter the Containment Module and rocket back to the aircraft as Mackenzie orders Melinda May to destroy the Castle. Everyone hugs one another for their victory, but Simmons cries as she sees that Daniels has not returned. Coulson and Fitz look at one another as Fitz knows that Coulson killed Ward in cold blood.

Malick escapes the castle and is driven to the airport. On the way, there is a figure in the middle of the road, causing Malick to stop the car. It survived by possessing the dead body of Ward and is now on Earth. 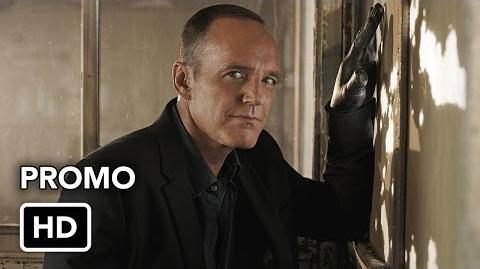 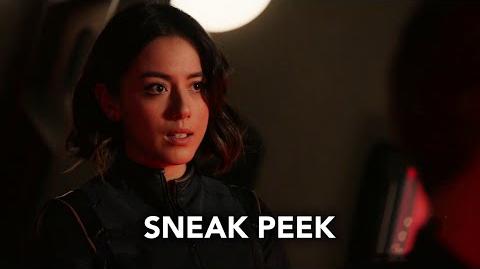 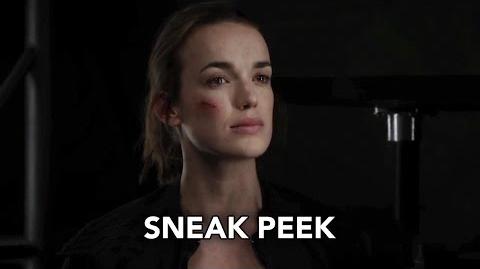 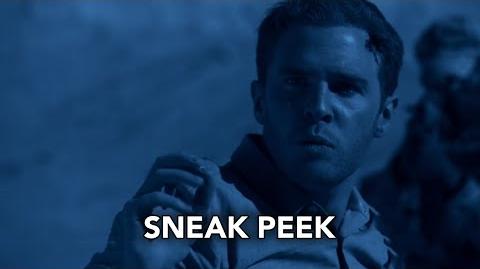 The Marvel Cinematic Universe Wiki has a collection of images and media related to Maveth (episode).