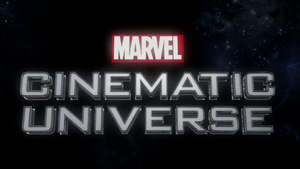 "You think you're the only superhero in the world? Mr. Stark, you've become part of a bigger universe. You just don't know it yet."
―Nick Fury to Tony Stark[src]

The Marvel Cinematic Universe is a media franchise created by Marvel Studios and set primarily in a shared universe, with some installments also set in adjacent or branching realities.

Starting with Iron Man, the franchise is comprised mainly of films independently made by Marvel Studios, that are primarily set within this same universe, much like Marvel has done with their comics.

Other contents include a series of tie-in Comics and video games, released as promotional material to the films and series and therefore part of the franchise, even if some of them are set on these branching realities.