Many Heads, One Tale

Many Heads, One Tale

"You just might be HYDRA's second head that's grown right next to me."
"I should kill you."
"Then you'd miss that history lesson we've been talking about. I know you're all about rebooting HYDRA and all that. But do you know much about our history, our origin?"
―Gideon Malick and Grant Ward

Many Heads, One Tale is the eighth episode of the third season of the television series Agents of S.H.I.E.L.D..

The S.H.I.E.L.D. team discovers dangerous truths about the ATCU, and Ward's plans to destroy S.H.I.E.L.D. take a surprising twist.

Grant Ward meets with Gideon Malick for a dinner of octopus. Ward reveals his desire to work with Malick and uses an object in one of Baron Strucker's vaults, which is said to contain the secret to HYDRA's true power, to destroy S.H.I.E.L.D.. Malick is then called away by R. Giyera and states that Ward's plans for HYDRA are a threat and he does not want to get involved with them. Malick then orders a team of assassins to kill Ward and leaves, although Ward quickly kills all but three of the men. He then proceeds to torture the location of the vault from them.

Andrew Garner is given to Rosalind Price and the Advanced Threat Containment Unit to be held until a cure is found for his transformations. Phil Coulson, despite Alphonso Mackenzie's objections, invites Price to the Playground, so she can be with him as he initiates Operation Spotlight, a plan for S.H.I.E.L.D. to learn all it can about the inner workings of the ATCU and Endotex Labs.

The Containment Module that houses Garner has technology that disables the computers of the rival organization and Bobbi Morse and Lance Hunter are sent undercover as FBI computer experts to fix the problem, giving them access to the computers and the facility. Inside, Morse learns that the ATCU has been using the Nature Max Supplements Fish Oil pills to create new Inhumans. Giyera, one of the new Inhumans, works in the ATCU and attacks Hunter and Morse. They escape, with the help of Luther Banks, when they are extracted by Melinda May and Lincoln Campbell, who had a conversation where May apologized to Campbell for the killing spree that Lash committed.

Meanwhile, Leo Fitz and Jemma Simmons research the ram's head symbol on the NASA uniform worn by Will Daniels. They begin to argue about how willing Fitz is to help Simmons retrieve another man whom she loves when the two share a passionate kiss that knocks books off the table. The open book pages reveal that the symbol eventually evolved into the symbol for HYDRA, thus linking the expedition to the terrorist organization.

Coulson and Price argue about how she leads an organization that is creating Inhumans; Price knew nothing about the project. Price reveals that Malick was in charge of the secret room inside Endotex Labs.

Fitz and Simmons share their findings with the others; the ATCU is a front for HYDRA and the organization is more ancient than originally thought.

Hijacking a flight to Germany, Ward arrives at the vault of von Strucker to find Malick there. Malick reveals to Ward the true origins of HYDRA; the organization was formed to bring an ancient powerful Inhuman back to Earth after Its banishment to Maveth. Malick also revealed that he had the ATCU put people through Terrigenesis so that when the power coming, It would have an army of Inhumans to conquer the world. He asks for Ward's help in finding out how S.H.I.E.L.D. was able to bring someone back through the portal.

After taking time to absorb the revelation, Ward goes to the Containment Module of Garner and begins to torture him by adding substances similar to mustard gas to his cell in order to trigger his transformation into Lash. 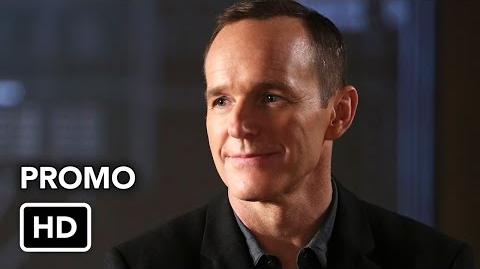 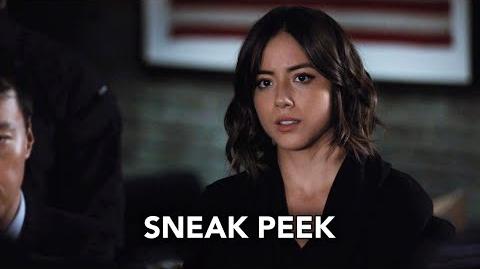 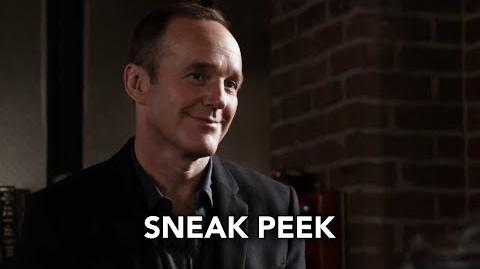 The Marvel Cinematic Universe Wiki has a collection of images and media related to Many Heads, One Tale.