Love in the Time of HYDRA

Love in the Time of HYDRA

"I thought that if... I looked like her, then maybe... maybe there's a chance we could be together."
"Well, maybe we could. But not as Skye or May. No. It has to be with you."
―Kara Palamas and Grant Ward

Love in the Time of HYDRA is the fourteenth episode of the second season of the television series Agents of S.H.I.E.L.D..

Coulson and his team are still reeling from a shocking revelation that leaves the team fractured as they must decide what to do with one of their own. Meanwhile, Bobbi and Mack reveal their true allegiance to Hunter, while elsewhere, Ward and Agent 33 embark on a personal mission.

Agent 33 and Grant Ward get breakfast at a diner. Although, it is actually a cover as they pull out their weapons and kidnap a man named Selwyn so that he can fix her Photostatic Veil.

On the Bus, Jemma Simmons checks on Skye's wounds. Simmons and Leo Fitz argue about Skye's new power, with Fitz defending Skye. This argument stresses Skye out and she accidentally makes the vehicle shake. She then leaves and goes back to the holding cell. Because of Skye's newfound status as an Inhuman, Andrew Garner recommends that Skye be removed from active duty S.H.I.E.L.D. personnel, and be transferred to a remote location, where she will wear gloves that absorb her powers and calm her. Melinda May talks with Phil Coulson about this decision, saying that she agrees with her ex-husband.

Selwyn fixes Agent 33's mask so she can revert to her original appearance, albeit still scarred, and change her appearance to anyone she wishes. Selwyn lets her know that the veil holds up to three faces at a time in the memory. He also says that if they could find a younger picture of her, then she can get her face back.

Alphonso Mackenzie introduces Lance Hunter to Robert Gonzales and the leadership of the "real S.H.I.E.L.D.", which Hunter learns was founded on the ideal of transparency, rather than Nick Fury's mantra of compartmentalization. They see Coulson and his erratic behavior as a threat needing to be neutralized, and try to convince Hunter to join them. Hunter argues saying that he isn't perfect, but he's a good man. He angrily tells Mack that there is no chance that Bobbi Morse will agree with him. But, he is interrupted by Morse, who walks in behind him.

At the S.H.I.E.L.D. base, Coulson works in the Toolbox when Simmons interrupts him to give him a special suitcase. He then visits Skye and tells her to pack her bags.

Using the technology, Ward and Agent 33 infiltrate Glenn Talbot's base. 33 disguises herself as Talbot's wife. When she enters, the security guard calls Talbot who tells her to come up. After letting her in, Talbot receives a call from his real wife who says she is on her way. Realizing it's the mask, Talbot starts an intense security protocol to find the infiltrator. Ward and Agent 33 free Sunil Bakshi, whom S.H.I.E.L.D. had handed over as a sign of good faith. From Bakshi they learned about Agent 33's life before Daniel Whitehall brainwashed her, including her name, Kara, before using brainwashing on him themselves. After they leave, Talbot sees his real wife but pulls a gun on her thinking she is Agent 33.

Coulson and Skye arrive at a safe house and tells her the situation that Garner suggested. May asks Mack why Hunter hasn't arrived yet who tells her he has problems staying in one place too long. May thinks something is off with Mack and calls Coulson. Coulson leaves Skye to assess the situation

Morse apologizes to Hunter, who accepts it and tells her she should've told him which she agrees about. Hunter offers for them to leave S.H.I.E.L.D. behind and start a relationship again. She tells him she has to finish this. Hunter accepts it and tells her he's leaving and she won't stopping to which she replies saying she won't but others will. He gets to the door and realizes they are on a Helicarrier. Hunter gets to a Quinjet and leaves.

Fitz asks Simmons what was in the suitcase she gave Coulson earlier. She tells him it is something to help Skye. Fitz accuses her of wanting to change her, Simmons responds saying the Diviner did that, she just wants to fix her. Fitz argues with her saying that she is doing this because she is afraid. Afraid of how he and Skye have changed, but he says the scariest change is her. Meanwhile, the "Real S.H.I.E.L.D." agents talk about the next steps. They decide to have Morse infiltrate the base. 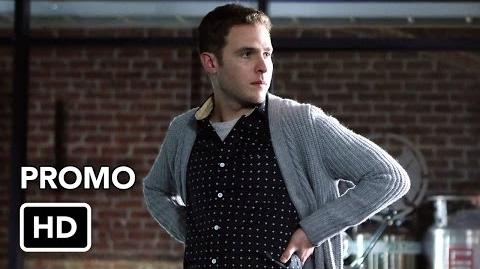 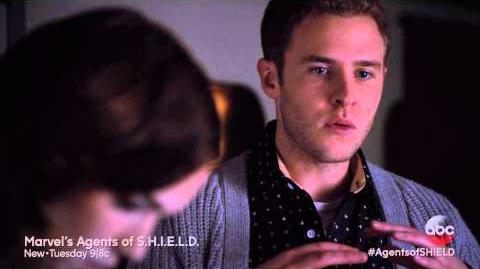 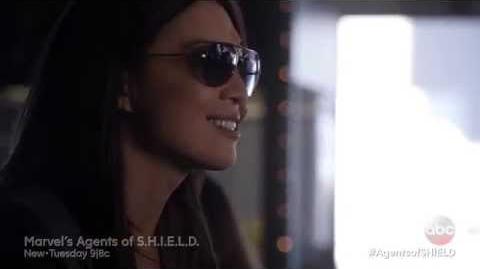 The Marvel Cinematic Universe Wiki has a collection of images and media related to Love in the Time of HYDRA.