Let Me Stand Next to Your Fire

Let Me Stand Next to Your Fire

"James turned on us. He's working with the Watchdogs."
"Then it's a good thing we brought Robbie Reyes. Fight fire with fire."
―Jemma Simmons and Phil Coulson

As Ghost Rider's quest for vengeance brings him into an explosive confrontation with S.H.I.E.L.D., Coulson and Mack must rely on an unlikely ally in their time of desperate need; and Daisy reunites with a familiar face to stop the Watchdogs.

Daisy Johnson finds Jemma Simmons while the latter is out looking for an apartment for herself and Leo Fitz to move into together. Johnson is badly wounded, and after Simmons patches her up she reveals she was just in a fight with the Watchdogs. Johnson shows Simmons a list of Inhuman assets' I.D. numbers and locations she found on the Watchdogs. Since they could have only gotten this list from S.H.I.E.L.D., Johnson asks Simmons to help her hack into S.H.I.E.L.D.'s servers so she can find out which other Inhumans were compromised by the Watchdogs' hack. When Simmons refuses, Johnson holds her at gunpoint and forces her to help.

She takes Simmons to a nearby building containing the servers that hold S.H.I.E.L.D.'s database on Inhumans. Johnson wants her to steal another agent's I.D. so she can replace the flash drive with updated information with a decoy that would give Johnson remote access to the server, but when they see that agent arriving at the building, Simmons goes off-script and just hands her Johnson's flash drive. Since Simmons is actually the other agent's boss, she simply delivered the thumb drive with the rest of the data she was already delivering. Once Johnson is in S.H.I.E.L.D.'s database, she recognizes JT James, a former victim of Hive's sway, as one of the Inhumans the Watchdogs are coming for.

Meanwhile, Phil Coulson and Alphonso Mackenzie visit Eli Morrow in South Ridge Penitentiary to question him about the incident in Momentum Labs. Despite showing some signs he wants to vindicate himself, Morrow refuses to talk to Coulson. As they're leaving the prison, Robbie Reyes pulls up to see Morrow, his uncle. Reyes then takes off when he and Mackenzie recognize each other. Coulson and Mackenzie then chase Reyes through the streets of Los Angeles in Lola, ending up in the Los Angeles River. Reyes is knocked unconscious when he crashes into a camouflaged Quinjet.

S.H.I.E.L.D. takes Reyes and his car into custody. After Reyes wakes up and is asked a few questions, Coulson decides his best option is to let Reyes out of the containment unit and work together. They go back to the prison, and Reyes talks to Morrow on S.H.I.E.L.D.'s behalf. Morrow reveals that Momentum and Lucy Bauer were working on a machine that defied the laws of physics. The machine blew up, "killing" everyone except for Morrow and Joseph Bauer, who Morrow put into a coma because he blamed him for what had happened. Morrow says that if Lucy is still alive somehow, she'll be going after "the book". Even though he's held up his end of the bargain, Reyes chooses to go with Coulson and Mackenzie when they get an alert about an Inhuman asset in danger.

Elsewhere, Lucy finds Joseph in his hospital bed. She 'jabs' her fingers into his head in order to wake him from his coma.

Meanwhile, Melinda May is recovering from Bauer's infection at Radcliffe Residence. Holden Radcliffe has Aida treating her, who he introduces to May as his assistant. When Fitz shows up to check in on May's condition, he freaks out when he sees Aida is awake. Radcliffe is using the distrustful May as a Turing test for his creation: if she can't tell Aida isn't human, then Radcliffe figures that no one will. Later, Radcliffe tells Aida it is fine to lie like they're doing to S.H.I.E.L.D. to protect lives like her own, fearing that the organization may shut 'her' down if they find out.

Johnson and Simmons find James working at, of all places, a fireworks store. James had a difficult transition out of Hive's sway and says he works at the store to remind himself of the person he does not want to be. Johnson destroys the watch S.H.I.E.L.D. uses to keep track of James and convinces him to join her fight against the Watchdogs. That night, they meet James at a storage facility next door to the fireworks store, hoping that he may have some supplies that could aid Johnson's fight. The three of them are then suddenly ambushed by the Watchdogs, prompting James to reveal that he's been working with the Watchdogs all along and that they used his watch to get into S.H.I.E.L.D.'s Inhuman database. James turned his withdrawal from Hive's parasites into self-loathing and is willing to help the Watchdogs exterminate the Inhumans as long as he is the last one they kill. Johnson uses her powers to scramble the Watchdogs, but the toll on her arms makes her unable to fight any longer.

James finds the storage unit Johnson and Simmons hide in. He grabs a chain and sets it on fire. Just as James pulls back the chain to kill Johnson and Simmons, Reyes appears and takes hold of it. Reyes tells Johnson and Simmons to find Coulson and gives them the opening they need to get away from James, who tries to fight Reyes but is shocked when his powers seem to have no effect on him. Reyes then transforms into the Ghost Rider and uses James' own chain whip against him. He ties James up and pins him against a wall, but James uses his powers to break it down. The two of them then fall into the fireworks store's warehouse, where their combined powers start a chain reaction causing all of the fireworks in the store go off, practically destroying the building moments after Coulson, Mackenzie, Johnson, and Simmons get out of there. Once the explosions settle down, Reyes walks up to them dragging an unconscious James. He then turns and walks away solemnly.

With Johnson and Reyes now in S.H.I.E.L.D. custody, Coulson convinces the two vigilantes to put their fight with the Watchdogs aside and focus on the greater threat - the Darkhold, an ancient grimoire that the "ghost" of Bauer is currently searching for. Fortunately, the one person who can help them find it - Joseph Bauer - has just come out of his coma. Before they go after the Darkhold, Coulson stops at Radcliffe's to pick up Agent May. Simmons recognizes Aida as an android immediately and Fitz convinces her to not tell Jeffrey Mace about her. 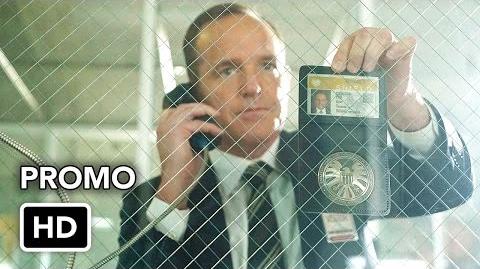 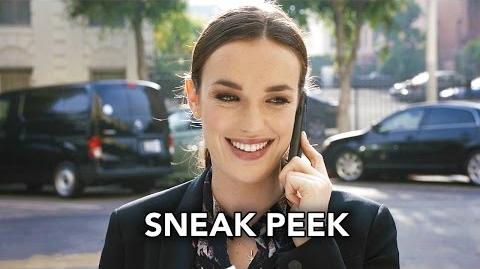 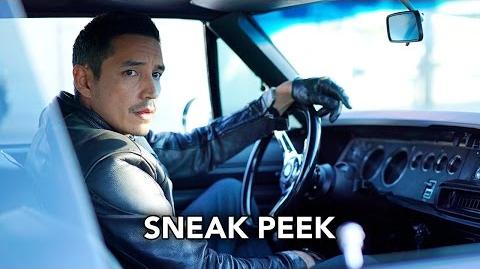 The Marvel Cinematic Universe Wiki has a collection of images and media related to Let Me Stand Next to Your Fire.