Japan, officially the State of Japan, is an island country located in East Asia. In the aftermath of World War II, Japan became a leading nation in scientific research, technology, machinery and biomedical research.

During the Heian period, Kyoto (then known as Heian-kyo) was terrorized by the Deviants, whom the locals thought to be oni or kappa. The guards, led by Yoshiie Minamoto, spotted the Deviant fighting against Druig and Makkari. Minnamoto made a deal with Eternals, accepting their help in the fight with the Deviants and guiding them through Heian-Kyo, while also keeping their presense a secret. Working together, Minamoto, Druig and Makkari successfully slain the Deviant, and Minamoto later gave them his sword as a farewell gift.[1]

The United States Army invaded Iwo Jima during World War II as the first attack against Japanese territory, in order to use the island as an advanced post in the impending invasion of the Japanese mainland.[3]

The United States Army invaded and captured Okinawa during World War II in order to use it as a major air force and troop base for the planned invasion of Japan.[3] The Japanese military eventually made a decision to surrender and approached the US army camp with a white flag, however, they ended up being slaughtered by Jack Thompson who assumed that they were planning an attack. Thompson buried a flag and made up a story that he killed the soldiers before they could assassinate the commanding officer, earning a Navy Cross medal.[4]

At the Potsdam Conference of July-August 1945, Harry S. Truman, Winston Churchill and Joseph Stalin discussed the ongoing war with Japan, where Churchill and Truman acquiesced to Stalin as they needed the Soviet Union's cooperation in the war against Japan.[5][6] Heavy casualties sustained in the campaigns at Iwo Jima and Okinawa[3] as well as fears of the even costlier land invasion of Japan led Truman to authorize the use of the atomic bomb on the Japanese cities of Hiroshima.[7] and Nagasaki in early August.[8]

Phastos visited Hiroshima in the aftermath of the bombing and blamed himself for the incident as he had introduced technological aspects to humanity and thus credited the invention of the atomic bomb to his interference. Horrified by the Hiroshima bombing, Phastos gave up on humanity and swore to never aid or protect them henceforth.[7]

On August 10, the Japanese government issued a statement declaring they would accept the terms of the Potsdam Declaration, and on September 2, Japan's formal surrender was accepted.[6]

As a child, Colleen Wing lived in Hokkaido with her mother. However, her mother eventually disappered from her life and Wing was sent to live with her grandfather.[9]

On the run from the Strategic Operations Command Center, Bruce Banner attempted to hide in Japan, living in Sapporo and Sendai, before he was tracked down by ISTAR and had to escape.[10]

"If you do this, none of your past will remain hidden: not Budapest, Osaka, the Children's Ward. Are you sure you want the world to see you as you truly are?"
―Alexander Pierce to Black Widow[src]

Under the alias of 'Natalie Rushman', Natasha Romanoff did modeling work in Tokyo as part of an undercover operation.[11] In an attempt to intimidate Romanoff to keep her from uploading S.H.I.E.L.D.'s exploits onto the internet, Alexander Pierce told her that her past would also be exposed, and mentioned Osaka as one of the places that she did something less than respectable.[12]

"Toshiro Mori. I've crossed paths with him before. He has a lab in Okinawa."
"Good. Then that's where you're going."
―Bobbi Morse and Phil Coulson[src]

Bobbi Morse, Melinda May and Lance Hunter were sent to Okinawa by Phil Coulson to track down Toshiro Mori and find more information about the Splinter Bombs. Morse apporoached Mori at his laboratory and attempted to trick him, using her HYDRA cover, and successfully got Mori to reveal that he based the Splinter Bombs on specifications derived from HYDRA technology in World War II. Mori also informed her that he shipped all of them to Daniel Whitehall, in hopes for earning a chance to work on the Diviner, and that Marcus Scarlotti was ordered to find Julien Beckers.

However, Mori received an information that Morse was, in fact, a S.H.I.E.L.D. agent and ordered his men to kill her, but she was saved by Hunter who intercepted a message. Hunter, May, and Morse engaged in a fight with HYDRA operatives, killing most of them, including Mori himself. Obtaining new information, S.H.I.E.L.D. agents left Japan and headed to Belgium to track down Scarlotti.[13]

Scythe was at karaoke house in Japan where he performed a karaoke version of A-ha's "Take On Me" after killing an entire room full of Yakuza members. Scythe then strangled the last victim with the microphone cord, before he was approached by a servant carrying an invitation to Madame Gao's Da Jue Zhan.[16]

"Ursus thibetanus. The moon bear. Endangered now, but I found this one in Shikoku."
"I heard you were in Japan."
―Murakami and Alexandra Reid[src]

Murakami had a trip to Shikoku for another hunt for the Asian black bear. Murakami tracked him for ten days and entered into a fight with him in the forest. The bear nearly killed him, but Murakami killed him first and brought his corpse to New York City to dissect him.[17]

During a trip across Asia to find Orson Randall, Danny Rand and Ward Meachum managed to track down his henchmen in Hokkaido. Meachum met with them in a local bar and informed them that he knows that Randall is a black-market dealer. They denied his words but Meachum showed them a cargo file about Hancock Transport shipping container with mysterious corpse.

After the men still denied any connections with Randall, Meachum mentioned about his activities in Hong Kong, Kuala Lumpur and Jakarta. They then realized that he was responsible for the theft of Randall's shipment in Jakarta and deemed to return it. Meachum then allowed Rand to deal with this. One of the goons attempted to shoot at Rand, but he used his dual pistols that are charged with Chi to destroy the bullet, before he and Meachum began talking to the man about where he could find Randall.[18]

In 2018, due to the Snap, Japan reported that half of its residents disappeared.[19]

In 2023, Clint Barton, who had become a ruthless vigilante under the identity of Ronin, travelled to Tokyo. There he fought a Yakuza group led by Akihiko. His men weren't able to hold Barton long enough for Akihiko to escape, which led to their inevitable showdown. As Akihiko was cornered and fatally stabbed by Barton, and he asked him to spare his life in return for gibing Barton whatever he desires. However, Barton declined this offer and proceeded to impale Akihiko with his sword. Natasha Romanoff arrived in the Avengers’ Quinjet and convinced him to return to help the team.[22]

By 2024, in the aftermath of the Blip, Japan joined the Global Repatriation Council.[23]

In an alternate timeline, Tokyo was bombed with a Nexus event, forcing the Time Variance Authority to reset that timeline.[24]

Battle for the Multiverse 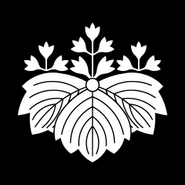 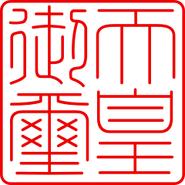 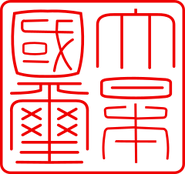