The Mark XXI Armor (codenamed Midas) was Tony Stark's twenty-first Iron Man suit that was specialized for supersonic flight. It was a part of the Iron Legion. It was destroyed by the Clean Slate Protocol activated by Tony Stark.

Like the Mark XIX, the Mark XXI can fly at supersonic speeds. It has the potential to make a sonic boom, but might fall apart if attempted. This is why Stark made the Mark XL, which can go at hyper-velocity speeds without falling apart. 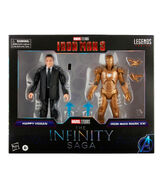 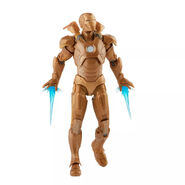