Iron Man 3 - The Official Game is a 2013 video game loosely based on the film of the same name. This game was released on April 25, 2013 and allows players to suit up as Iron Man using over eighteen of his most famous armors.

The game acts in a Temple Run-like manner as the player attempts to dodge various objects to score points and try to complete the level while still defeating Aldrich Killian and his evil forces.

After the events of Iron Man 3, Stark Industries is attacked by A.I.M. soldiers. Tony Stark wonders why they still fight after the death of their leader.

During the battle, Stark's armor gets damaged. With the help of J.A.R.V.I.S., Stark sets up the Mark III armor to fight. He decides the armor isn't enough and pulls out blueprints for other armors and starts building them.

The Crimson Dynamo accuses Stark of being cowardly for stopping weapons development. Stark, in turn, accuses Dynamo of being a cheap imitation of himself.

After a harsh battle, Crimson Dynamo retreats to Stark's calls of cowardice. J.A.R.V.I.S. then informs Stark of the Crimson Dynamo's identity as a Russian ex-military. Stark then wonders why he would help A.I.M.

Stark then encounters a seemingly armored individual whom he taunts, calling him another second rate copy-cat. The individual then claims to be the evolution to Stark's technology. Stark then realizes the individual actually modified his body into a weapon. After a fight, while retreating, the individual says he has something special planned for Stark. While talking to Pepper Potts, Stark says that while he didn't know him something about him seemed familiar.

Fighting further, Dynamo appears again, claiming people like Stark are the problem with his country, glorifying themselves over their country. Stark retorts by accusing Dynamo of stealing his armor from the Russian government. Dynamo claims the government betrayed their people first. After another battle, Dynamo retreats with promises of revolution funded by A.I.M.

Stark talks to J.A.R.V.I.S., asking about A.I.M.'s funds, which, he replies are still frozen. Stark then wonders if perhaps the other "armored" individual is or knows who is funding the operation, with his apparent personal stake in it.

Still fighting A.I.M., Stark finds a monster with a giant head. Stark is disgusted by it, to which the figure retorts that Stark is always disgusted by what he causes. Stark becomes confused and questions the creature to which it responds by saying that all that Stark needed to know was that it was M.O.D.O.K..

After fighting, M.O.D.O.K. retreats and Stark is informed by J.A.R.V.I.S. that during the fight, his files for the Extremis project were taken by A.I.M.; though only half of the files were there, the others in Stark Tower. Figuring that A.I.M. would learn this Stark heads to New York.

Once in New York, Stark finds a person made out of energy contained in a suit leading the A.I.M. forces there. He taunts Stark, but Stark says he can help him return to normal, doubting A.I.M. could turn him back. However, Living Laser says that A.I.M. made him powerful and that he was there to steal the Extremis.

After fighting the Living Laser says that he got what he came for and escapes. J.A.R.V.I.S. informs Stark that Living Laser downloaded part of his self through Stark's fiber optics and with what he downloaded, A.I.M. can now stabilize the Extremis.

Once again facing the bodily modified individual, Stark questions him. He reveals that he is Ezekiel Stane, son of Obadiah Stane, and claims that, though a lousy father, Obadiah should have inherited the company to Ezekiel.

After Ezekiel retreats, Stark has Potts look up if Obadiah's Interpol file to see if he had a son. Potts finds that Stane was paying Ezekiel's mother, who wasn't his wife, for her silence. Ezekiel found out after Obadiah's death.

While once again fighting Stark, an increasingly desperate Living Laser accuses him of attempting to ruin his life, saying that the only way Stane will return his body is by doing what he wants. Stark once again offers to turn him back, though in a jail cell.

After fighting the Living Laser escapes and Stark realizes that he tried to hack him again, but figures his newly set up defenses were enough.

Stark wonders along with Potts who the leader of A.I.M. is, being either M.O.D.O.K. or Stane. At this point M.O.D.O.K. appears.

M.O.D.O.K. now has a new body and claims that Stark took away all he had, to which Stark replies that he doesn't know him. Stark tells him that if he wanted to hurt him he could have sent all of his soldiers after him. M.O.D.O.K. replies that he will first destroy everything Stark holds dear.

M.O.D.O.K. escapes and Stark tries to follow him with the Stark Satellite but the whole infrastructure has been taken over from its core in China. Stark realizes that the Living Laser did not try to steal from him during their last battle, but instead left a Trojan Horse. The only way for him to recover his systems is heading to China.

Once in China Stark encounters the Crimson Dynamo, who tells him that A.I.M. will share the Extremis technology with him after killing Stark. Stark doubts this, telling him they sent him to slow him down.

Finding Stark, Living Laser informs him that Stane can bring back his body if he kills Stark. Stark tells him that they will just get rid of him. They fight and Stark is forced to destroy Living Laser's suit, dispersing him.

Calling Potts, Stark finds her taken hostage by Stane who reveals his plan to use Potts to steal all of Stark's resources then kill her.

Quickly finding Stane, Stark demands he let Potts go. Ezekiel remarks that Stark is his mentor, having learned how to ruin lives from him. He informs Stark that Potts is in an electric chair with the power slowly building.

After defeating Stane, Stark gets a call from Potts, telling him that she is safe, having been rescued by James Rhodes while he distracted Stane, just like he had planned.

Potts tells Stark what she heard from Stane: by uploading his consciousness into the system, M.O.D.O.K. plans to control all Stark tech, making it seem like Stark Industries attacked the world.

Stark finds M.O.D.O.K., who reveals he was once Aldrich Killian, having backed up his consciousness before his death at the hands of Pepper Potts.

After battle, M.O.D.O.K. claims that it is too late as his consciousness is fully uploaded to the Stark Network. Stark claims that this was exactly what he wanted. He then proceeds to destroy the network, destroying M.O.D.O.K. as well.

Potts berates Stark for destroying the network, though Stark says they can rebuild with a new network: Stark Resilient.

This game contains several plot points that contradict the established canon of the Marvel Cinematic Universe and it is thus considered non-canon. 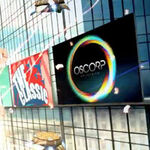 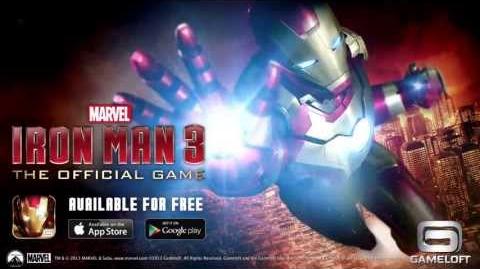 The Marvel Cinematic Universe Wiki has a collection of images and media related to Iron Man 3 - The Official Game.