Inside Voices is the sixteenth episode of the fifth season of the television series Agents of S.H.I.E.L.D..

Coulson is forced to team up with surprising allies to save the world, while the S.H.I.E.L.D. team attempts to track down and rescue him.

While Phil Coulson remains prisoner in the HYDRA Preparatory Academy, General Hale instructs Carl Creel to absorb the properties of the Gravitonium she reclaimed. Although Ruby Hale disagrees with the initiative, Creel proceeds to touch the Gravitonium. However, he is violently exposed to memories of Dr. Franklin Hall and floats in the air until two Sleeper Mechs manage to take him away from the substance, which Creel declares is alive. Later, Creel tries to get some rest after this unpleasant experience, which Hale intends to reiterate.

Elsewhere in the Academy, Werner von Strucker attempts to search through his memories to compile all the information about the Particle Infusion Chamber designed by Daniel Whitehall and Wolfgang von Strucker. Ruby visits him and voices her concerns that her mother might have chosen another person to become the Destroyer of Worlds.

Upon hearing the name of Coulson mentioned in Hall's memories, Creel rushes at Coulson's cell and assaults him, claiming that the Gravitonium wants Coulson dead. Coulson reveals that Glenn Talbot is also a prisoner in the Academy, and although Creel is reluctant to believe him, he agrees to team up with Coulson to find out the truth about Talbot. They find the General in his cell and Creel agrees to help Coulson and Talbot to escape from the Academy.

During the escape, they are confronted by Sleeper Mechs. One of the androids violently punches Coulson, which causes a cardiac arrest. Once the androids are defeated, Talbot urges Creel, who claims to hear voices constantly arguing but agreeing on the fact that Coulson should die, to save Coulson, which he does. The trio then encounters more Sleeper Mechs led by Ruby and Creel decides to stay behind to fight the assassin while Coulson and Talbot use the Phase Harmonic Teleportation Device to escape to a place covered in snow.

Meanwhile, at the Lighthouse, Yo-Yo Rodriguez trains with her new prosthetic arms, which grant her enhanced strength. Alphonso Mackenzie advises her to take her time to get used to the arms and expresses his wish to perform some exams on them.

Deke Shaw visits Leo Fitz in his cell and the two discuss the fact that they are related. Although Fitz claim that he does not see anything from him in Shaw, Shaw declares that he does not blame him for what he did when The Doctor took over, saying that he remained alive in 2091 with such actions. Shaw leaves and is joined by Jemma Simmons, who seeks confirmation that they made it to the future Lighthouse unharmed and without severe injury or disease.

Daisy Johnson carries on her plan to look for Robin Hinton, although Melinda May remains reluctant. Shaw and Simmons join them on the Zephyr One, and Simmons asks for the authorization of releasing Fitz to investigate his idea of a HYDRA weapon Hale might be looking for. However, Johnson refuses to set Fitz free. Once the Zephyr One leaves, Simmons goes to Rodriguez, who also thinks that she cannot be killed as she saw herself in the future. Rodriguez agrees to help Simmons and Fitz to find the HYDRA weapon, although Rodriguez informs that Mackenzie will try to stop them.

Rodriguez goes to Mackenzie so he can run diagnosis on her arms. As he is in charge in the absence of Coulson and Johnson, Rodriguez asks him for the permission to release Fitz, but Mackenzie refuses. Therefore, Simmons and Rodriguez decide to perform some experimentation in front of Mackenzie: Simmons fills three beakers with water and another with a toxic chemical and declares that she will drink three of them; as she is supposed to live in the future, she will only drink the non-letal ones.

Although both Mackenzie and Fitz disagree with the plan, Simmons drinks the content of two bechers and remains unharmed. When she drinks the third, however, she falls on the ground, seemingly poisoned. Fitz, fearing to lose his wife, demands to be released so he can find some drugs to save her, which Mackenzie agrees. However, it turns out to be a part of Simmons' and Rodriguez's schemes, as the latter uses her power to lock up Mackenzie in the cell and Simmons reveals that she is actually all right, much to Fitz's relief. Nevertheless, Simmons tells him that one of the beakers was indeed toxic.

Now ready to act, Fitz, Simmons and Rodriguez leave the Lighthouse with a autopiloted Quinjet with the intent of investigating the possible locations of the HYDRA weapon.

Johnson and James Davis fly a Quinjet to the Retreat, where Robin is hiding with her mother Polly. Polly informs Johnson that Robin has become more taciturn than ever and that she stopped drawing. While returning to the Zephyr One, Johnson tries to get some answers from Robin to know where Coulson is, but to no avail. Back to the plane, Robin finds May, who she calls her mother due to being lost between past, present and future times.

As May is the one having the deepest connection with Robin, she tries to have answers and Robin, who resumed her drawings, hands over a picture which seemingly represents Coulson. Thanks to the elements of landscape on the drawing, the S.H.I.E.L.D. team manages to pinpoint a possible location for their leader and fly to the place.

A final flashback reveals what happened to Ian Quinn once he obtained the Gravitonium from John Garrett: while he traveled with Raina in a van, Raina declared that the Gravitonium wanted Quinn and released the element, which absorbed Quinn, who is the second voice Hall's voice was arguing with in Creel's head. 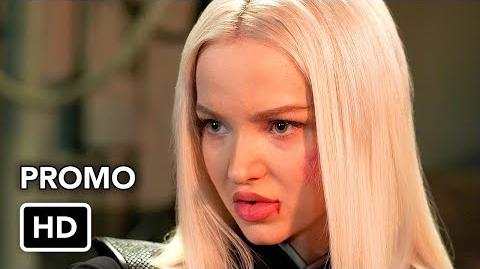 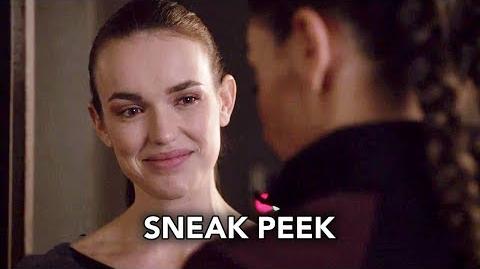 The Marvel Cinematic Universe Wiki has a collection of images and media related to Inside Voices.