"It was Operation Hot Potato. Pass it back and forth, keep it moving."
―LT Koenig

Agents Sam and Billy Koenig are hunted down to get at the Darkhold book, and only Phil Coulson and the team can save them before the clock ticks out.

At Al and Cam's Arcade in Duxbury, the brothers Sam and Billy Koenig are attacked by the Watchdogs led by Tucker Shockley. As Billy is being kidnapped, Sam warns Phil Coulson about the attack. Coulson immediately understands that the attackers are looking for the Darkhold, that he gave to Billy, under Holden Radcliffe's instructions. He then welcomes Sam aboard the Zephyr One. Meanwhile, at the Playground, Leo Fitz repairs Holden Radcliffe LMD and interrogates him with Alphonso Mackenzie and Jemma Simmons in order to know where the original Radcliffe is, though they discover that the android's programming is too sophisticated for them to break into. Radcliffe's LMDs then makes Fitz angry by referring to Fitz's father, saying that Radcliffe knew him. Enraged, Fitz unplugs the android and leaves the room.

Billy is brought in a dark room inside a submarine where Radcliffe is also imprisoned and he boasts about being able to endure pain, no matter what the torture is. However, as soon as Shockley leaves the cell, he begins to worry about what comes next. Radcliffe tells him that the Watchdogs betrayed him and that they are looking for the Darkhold, advising Billy to tell them where the Darkhold is. They eventually meet Anton Ivanov who prepares to torture Billy and Radcliffe reveals that the whole scene was staged and that he is not a prisoner and suggests that they should look into his mind instead of interrogating him, by using some Framework equipment.

Daisy Johnson manages to identify Leo Babikov, one of the Watchdogs who attacked the Koenig brothers, proving that Radcliffe has allied with the organization and thus with Ellen Nadeer. Sam then reveals that he knows about the Darkhold because Billy gave it to him and Sam gave it to LT Koenig. S.H.I.E.L.D. takes her aboard the Zephyr One where she explains to Coulson and the others the "Operation Hot Potato": passing the Darkhold back and forth between the three Koenig agents before hiding it into the Labyrinth.

Since Billy is the one who had the Darkhold right before hiding it, Radcliffe is able to locate the Book of Sins by studying Billy's memories. However, Ivanov does not trust Radcliffe's methods and orders that Billy should be interrogated to confirm their intel. However, after a brief confrontation during which Aida beats several Watchdogs and reveals her android nature, Ivanov agrees to head to the Labyrinth immediately.

Simmons joins Fitz in their bedroom. Fitz laments over the fact that he feels like he is stuck in a loop where he trusts people who eventually betray him, just like his father, Grant Ward or Radcliffe did. However, Simmons points out to her boyfriend that despite what happened to him, Fitz remained a good and caring people, which is the reason why Simmons fell in love with him. By discussing further what makes a human beyond his biological programming, Fitz figures out that Radcliffe's LMD does not run on pure computer programming: he is equipped with a Quantum Brain created by Aida with the Darkhold knowledge. Horrified, Fitz, Simmons, and Mackenzie understand that Radcliffe and Aida mapped another Quantum Brain: the one inside Melinda May LMD.

Coulson, Johnson, May's LMD and the Koenig siblings arrive at the Labyrinth and retrieve the Darkhold right before the Watchdogs attack. When May's LMD finally takes the Book of Sins, her secret programming takes over and she refuses to hand it over to Coulson, threatening to kill him. Coulson figures out that he is dealing with an android which is quickly taken down by Johnson, who was warned by Fitz and Simmons. S.H.I.E.L.D. then fights the Watchdogs but loses the Darkhold, which is reclaimed by Radcliffe. Everyone returns to the Playground, where Aida's severed head and Radcliffe's LMD are destroyed while May's LMD is turned off and kept. Meanwhile, Ivanov reveals that he seeks to kill Coulson, who he claims is the reason for all the extraterrestial related phenomena which occurred on Earth in the past few years. 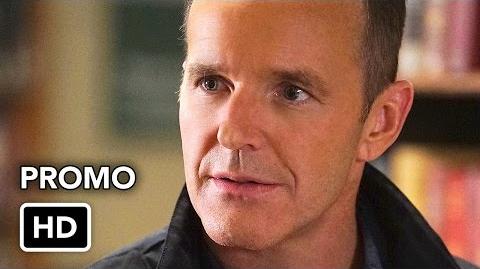 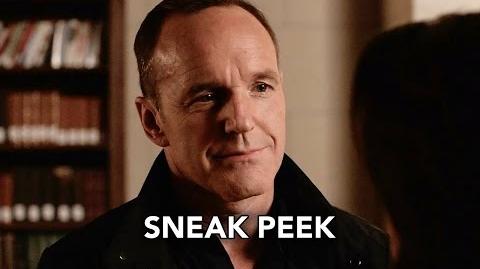 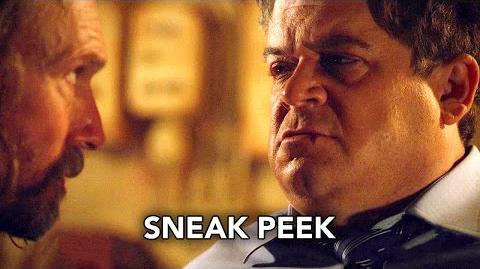 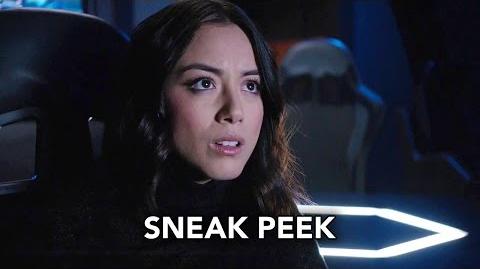 The Marvel Cinematic Universe Wiki has a collection of images and media related to Hot Potato Soup.