Hijacking and Retaking of the Lemurian Star

Search for the Clairvoyant

The target is a mobile satellite launch platform: The Lemurian Star. It was sending up their last payload when pirates took them, ninety-three minutes ago.Brock Rumlow

Agent Sitwell, I just received word from the Triskelion. You have orders to report to the Lemurian Star immediately.Victoria Hand to Jasper Sitwell

Nick Fury became suspicious about the real purpose of Project Insight and secretly hired Georges Batroc to hijack the Lemurian Star.[1]Jasper Sitwell was ordered to board the vessel by Victoria Hand, taking him away from assisting in the search for the Clairvoyant.[2]

Captain America was trying to adjust to the present and its politics by moving to Washington, D.C. and listening to Black Widow's suggestions. Unbeknownst to S.H.I.E.L.D., HYDRA had been planting secret double-agents in the organization for decades.[1]

Batroc was hired anonymously to attack the Lemurian Star and he was contacted by e-mail and paid by wire transfer.Alexander Pierce to Captain America

The Lemurian Star was in the Indian Ocean about to send up the last Project Insight satellite. Georges Batroc and a team of twenty-five mercenaries were able to board the ship and subdue the crew. The crew were tied up in the galley under the guard of several men. Batroc and Ferdinand Lopez headed to the bridge and contacted S.H.I.E.L.D. Batroc demanded one and a half billion dollars in exchange for the release of the hostages.[1]

Our mission was to rescue the hostages."
"No. That's your mission, and you've done it beautifully.Captain America and Black Widow

Jasper Sitwell sat among the other hostages as Georges Batroc and Ferdinand Lopez tried to reach their employer about the capture of the ship.

Meanwhile, after being briefed by Brock Rumlow on the Quinjet, Captain America jumped without a parachute from the Quinjet into the ocean. Rising from the water, Rogers used stealth to silently subdue each mercenary he encountered. However, one was aimed to shoot Rogers in the back, but he was saved by the timely arrival of Rumlow, who had just parachuted down. Rumlow rescued Sitwell and the other hostages while Rogers started searching the ship for Batroc.

Black Widow, upon landing, began her own mission. Though Rogers was relying on her to secure the engine room of the ship, she used the mission as an opportunity to copy on a USB drive information pertaining to Project Insight. Sitwell was on the ship to protect Project Insight's involvement. Rogers noticed that Romanoff was not committed to the mission, when she explained that his mission was not her mission.

Batroc and Rogers fought briefly, ending in the control room. Batroc abandoned ship and attempted to blow Romanoff and Rogers up, but they managed to escape.[1]

This is Project Insight. Three next generation Helicarriers synced to a network of targeting satellites."
"Launched from the Lemurian Star."
"Once we get them in the air, they never need to come down.Nick Fury and Steve Rogers

Georges Batroc was captured by S.H.I.E.L.D. at a safe house in Algiers, Algeria, and subsequently interrogated. Captain America was displeased with Black Widow's performance on the mission and confronted Nick Fury about it. This lead Fury to show him the three Helicarriers under the Triskelion and for Fury to give Rogers an overview of what Project Insight was and its goals. After his conversation with Captain America and being unable to access the data on the USB drive, Fury decided to see Alexander Pierce about postponing the project.[1]

Are you saying Fury hired the pirates? Why?"
"The prevailing theory... was that the hijacking was a cover for the acquisition and sale of classified intelligence.Steve Rogers and Alexander Pierce

After Nick Fury realized that his access into the Project Insight's files were restricted, he confronted Alexander Pierce about it. Pierce promised to look into it and delay Project Insight; however, he contacted HYDRA agents and had the Winter Soldier tasked with assassinating Fury. After Fury's supposed death, Pierce alerted Captain America that Fury had hired Georges Batroc to steal the intelligence aboard the Lemurian Star. Pierce asked Rogers about Fury's presence in his apartment, to which Rogers responded that Fury told him not to trust anybody. Pierce then proceeded to send the STRIKE team to eliminate Rogers.[1] 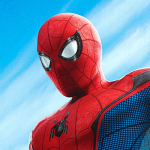