"The last thing the world needs is a Helstrom family reunion. We light that fuse, God help us all."
―Caretaker[src]

As the son and daughter of a mysterious and powerful serial killer, Helstrom follows Daimon and Ana Helstrom, and their complicated dynamic, as they track down the worst of humanity — each with their own attitude and skills.

In May 2019, it was reported that Marvel Television was producing a TV series featuring Daimon and Ana Helstrom on Hulu. Paul Zbyszewski would serve as showrunner and executive producer, while Jeph Loeb would also be executive producer.[2]

In August 2019, Loeb stated that Helstrom, Ghost Rider, and other unannounced Hulu series would be labelled under the banner Adventure into Fear.[3]

In September 2019, it was reported that the series would be filming under the working title Omens, and that production would start on October 7, 2019. Filming was expected to last until February 28, 2020.[4]

On December 11, 2019, it was reported that, due to Marvel Television being folded into Marvel Studios, the latter studio would oversee subsequent development on Helstrom.[6]

On March 15, 2020, it was reported that the production of the first season of Helstrom had wrapped.[7] 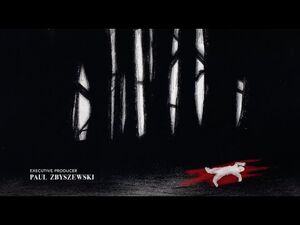 Helstrom Inside The Series (Featurette) • A Hulu Original

The Marvel Cinematic Universe Wiki has a collection of images and media related to Helstrom (TV series).